The last stop on our Italian road trip before flying out to our next destination was Rome. We had two nights and one full day in the ancient capital of Italy, and boy did we have a lot to cram into a short space of time. Laura had visited Rome a couple of times in the last few years, so she had planned a hectic waking tour for us to see all of the sights in one day. 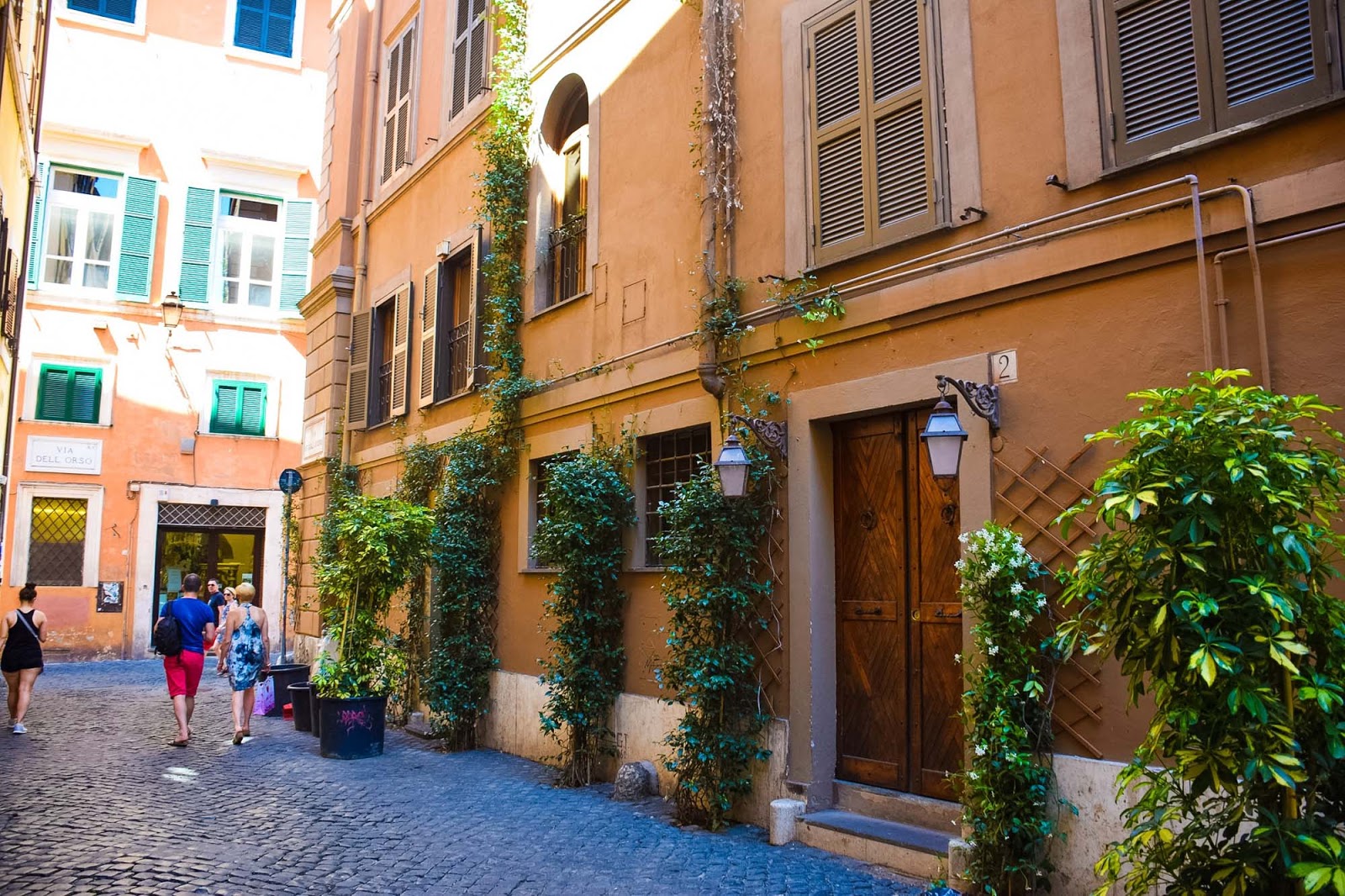 Let’s start at the beginning with where we stayed. Because there were three of us, it made it slightly more difficult to find somewhere central as the tiny nature of the hotel rooms around the city are generally made for just two people, similar to London and Paris. However we luckily stumbled across the apartment 3 Inn Ripetta, located within walking distance to all of the sights on our walking tour, beautifully decorated and very private it was the perfect place to call our Roman home.

The apartment had very speedy wifi connection (always important) and offered free breakfast at a cafe around the corner. Located just a 5 minute walk from Pizza del Popolo Square and Via del Corso shopping centre, and surrounded by cute cafes, you didn’t have to go very far at all to find everything you needed. 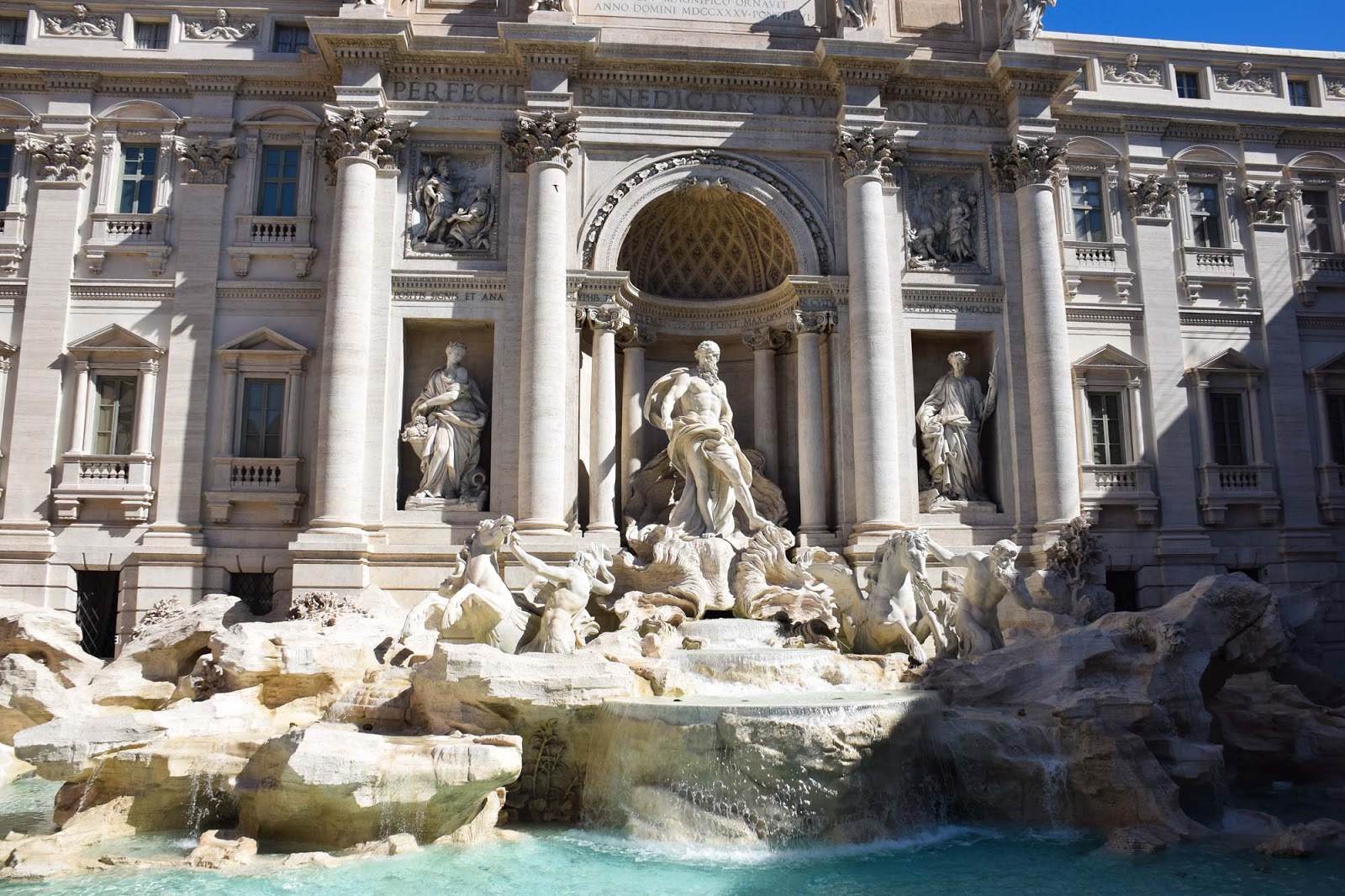 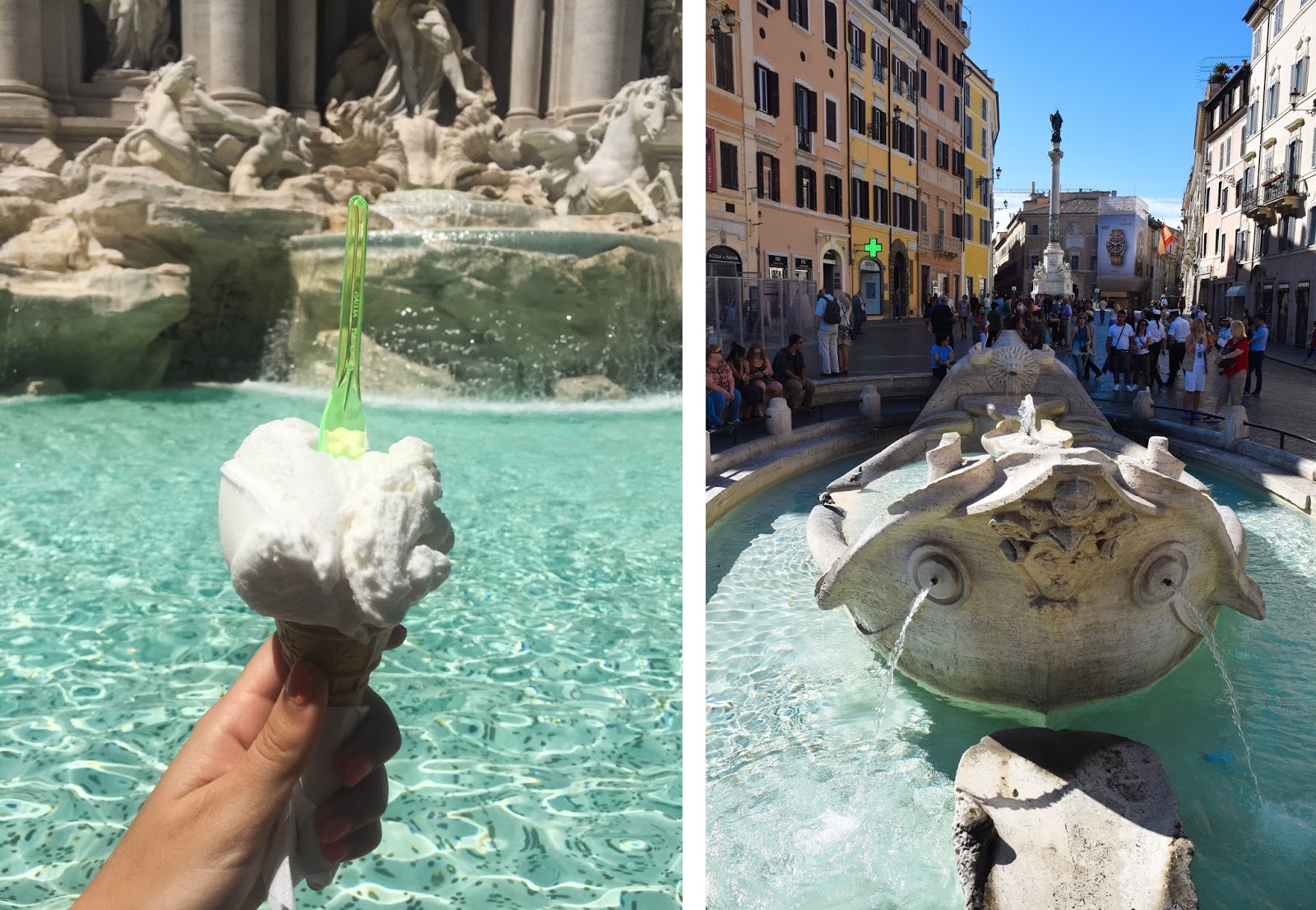 The first stop on our walking tour was the Fontana di Trevi, only a ten minute walk from our apartment. We began the day super early and got to the Trevi Fountain at about 8am. It was perfect, there were hardly any people around, we could get straight to the basin of the fountain and take pictures without a thousand other tourists elbowing you out of the way or appearing in your background. It was beautiful!

We were so lucky that the fountain was open during our visit, as it recently had a prolonged closure to be refurbished by the high fashion brand Fendi, for one of their 2016 fashion shows.

Legend has it that if you stand with your back to the fountain and throw a coin over your shoulder and into the fountain you will return to Rome. The tradition started with ancient Romans throwing coins into the water to ask the Gods of Water to favour their travels and help them get home safely.

When was it built: The fountain in it’s current form was built in 1762.

History of the Trevi Fountain: The fountain dates back to the ancient Roman times, and is known as one of the oldest water sources in Rome, since the construction of the Aqua Virgo Aqueduct in 19 B.C. It was built at the end of the aqueduct at the junction of three streets, giving the Trevi Fountain it’s name, the Three Street Fountain.

Getting there: The Trevi Fountain is found in the Piazza di Trevi, at the intersection of Via della Stemperia, Via delle Muratte and Via del Lavatore.

Check out the best places to stay around the Trevi Fountain

Interesting facts about the Trevi Fountain 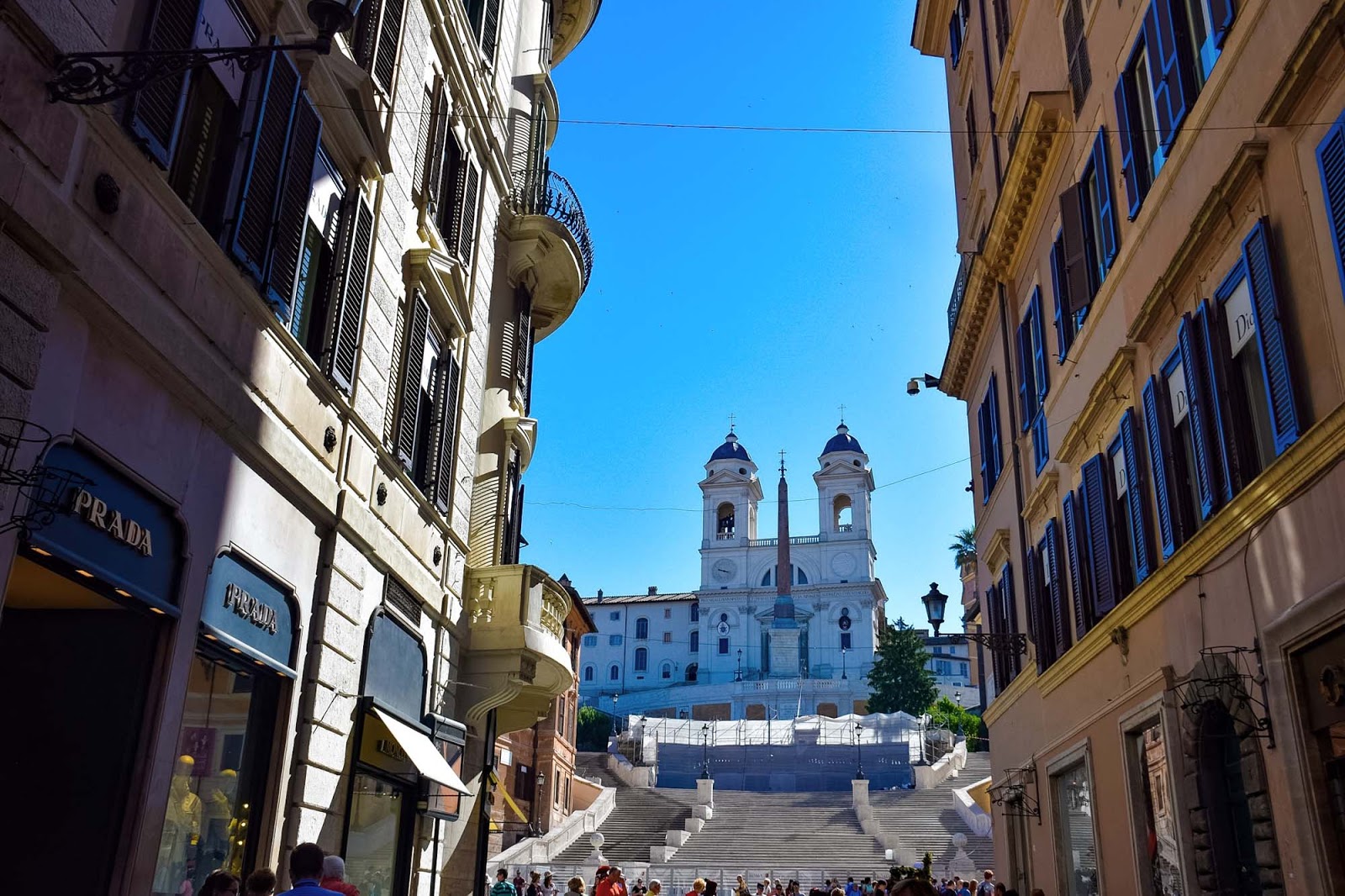 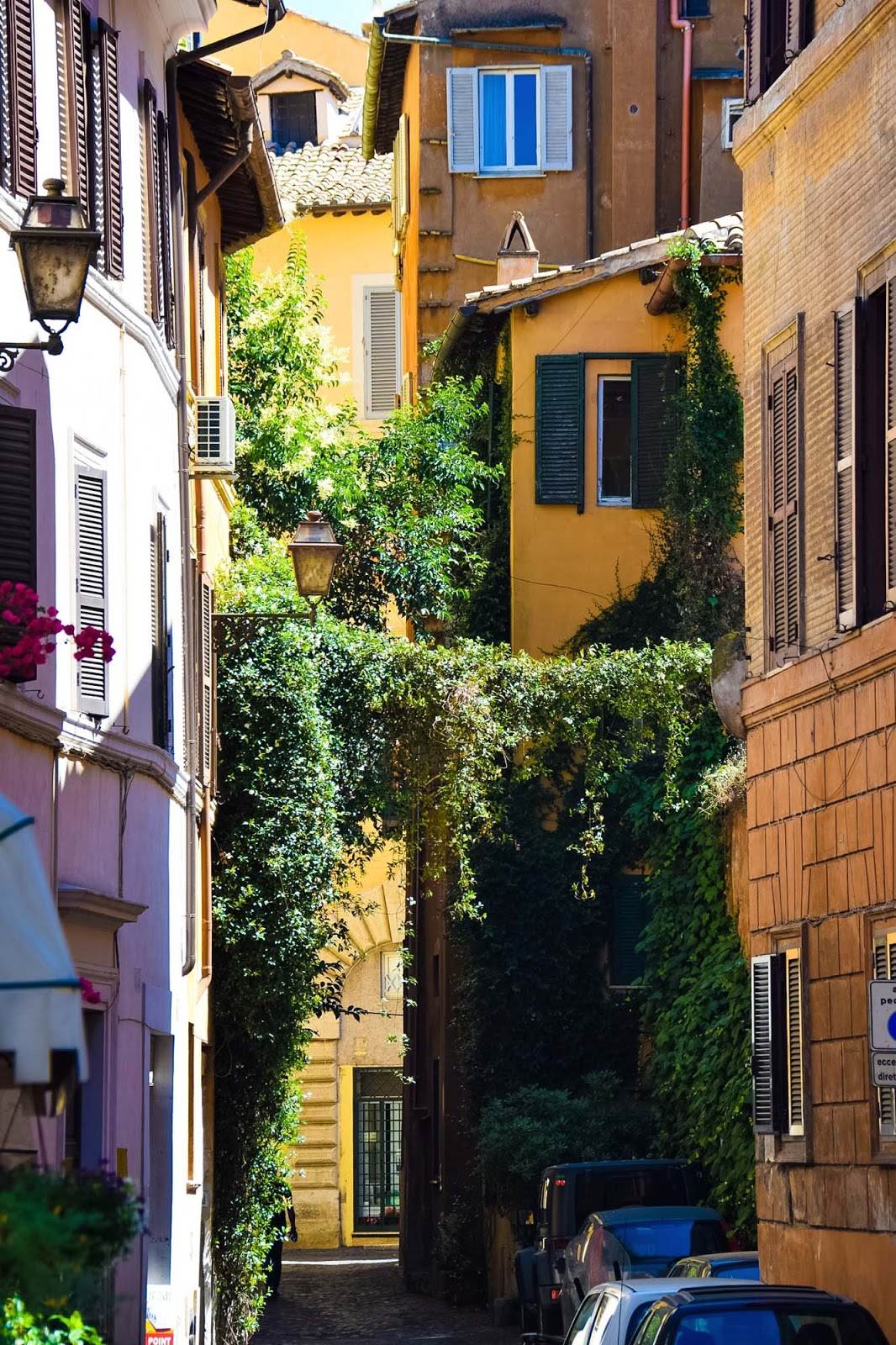 Found between the Piazza di Spagna at the bottom and Piazza Trinita dei Monti at the top and directly under the Trinita dei Monti Church are the Spanish Steps. There isn’t a super big wow factor to the steps, but they are still often a stop on walking tours and regularly featured in movies based in Italy. They are a great place to congregate and hang out for a little while.

In the surrounding streets branching out from the Piazza di Spagna you will find countless boutiques and designer shops offering some of the best of Italian fashion as well as high fashion brands such as Prada, Versace and Armani.

When were they built: The steps were built between 1723 and 1725 and include 138 steps to the top. They have had to be restored many times over the years, and were actually closed for restoration while we were visiting.

History of the Spanish Steps: The Spanish Steps design came from a competition launched in 1717 for the perfect way to connect the Trinita dei Monti church with the popular piazza below. At the time the church was under French ownership, who ordered the construction of a massive, beautiful, elegant staircase that you can find there today.

Explore all of the adventures and experiences you can have around Rome.

Interesting facts about the Spanish Steps

READ MORE:
Why You Need To Visit Venice 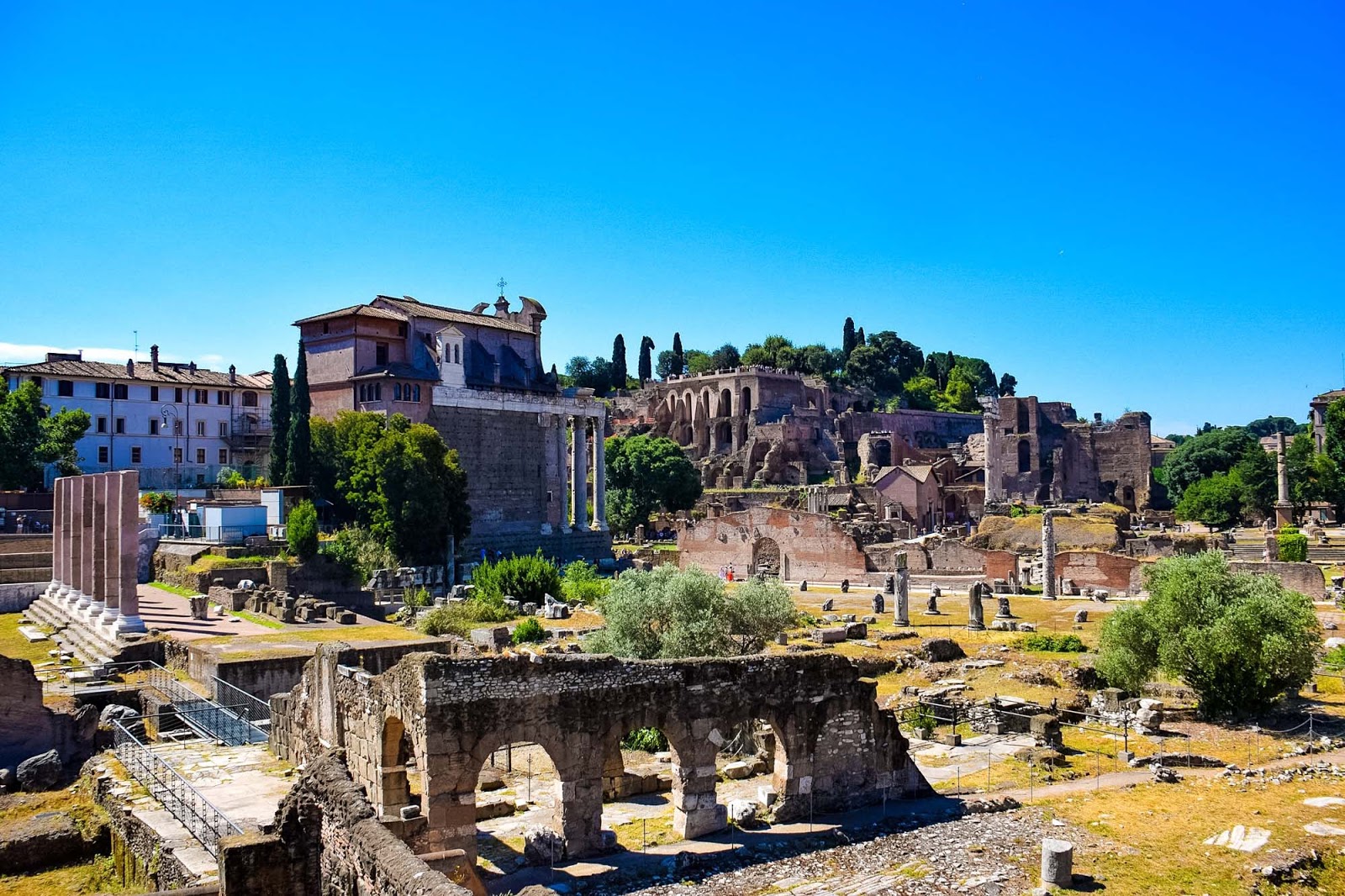 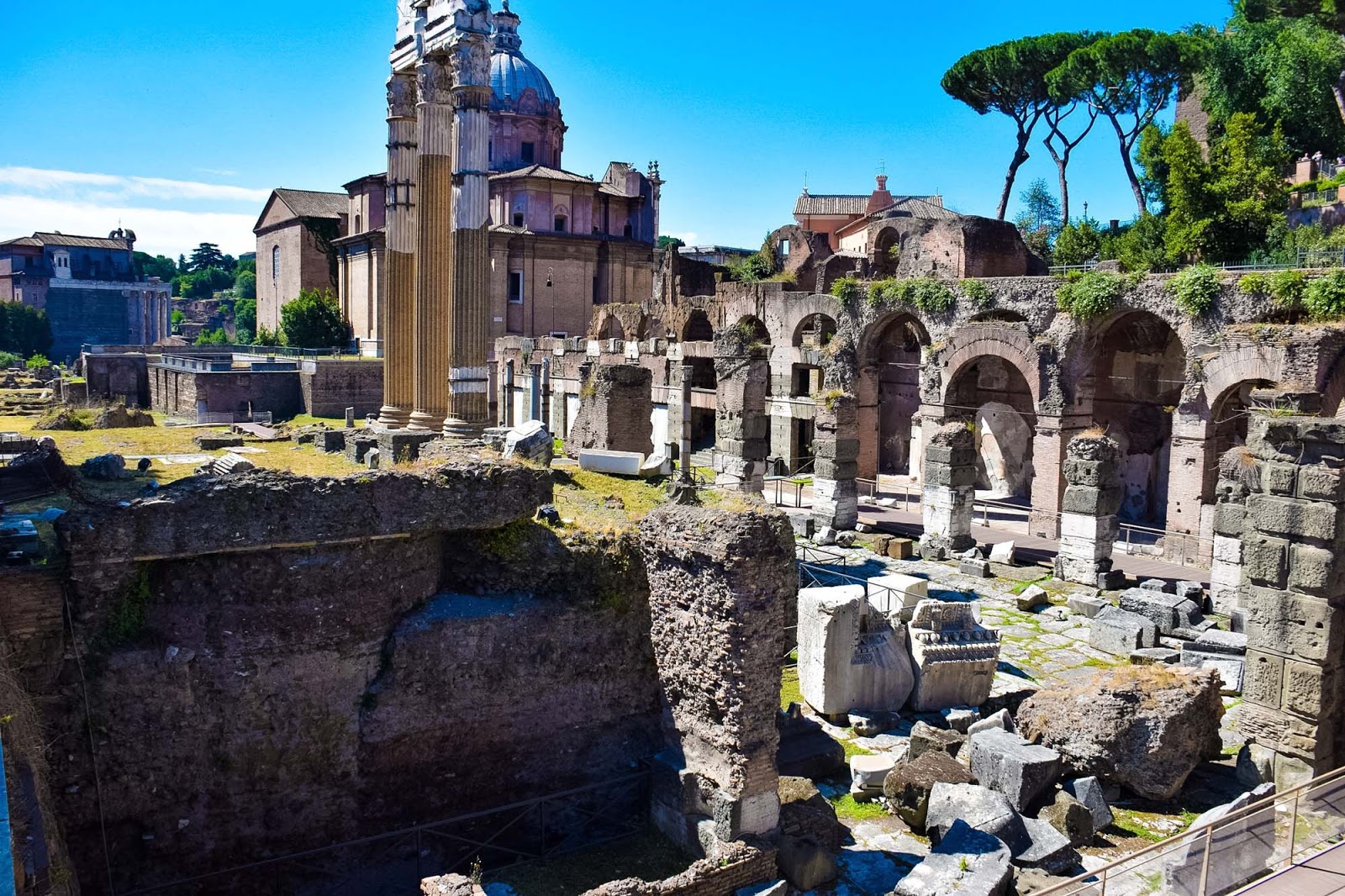 Found between the Piazza Venezia and the Colosseum, the Roman Forum is one of the most important archaeological sites in the world. And in the spirit of transparent honesty, I didn’t even realise what we were looking at at the time.

We stumbled across it on our way to the Colosseum, so I’m not even sure if Laura had planned it or it just happened!

When was it built: The ancient monuments around the Roman Forum were all constructed at different times, dating back to the sixth century.

History of the Roman Forum: Three thousand years ago, the area in which the ruins of the Roman Forum lie was the bustling hub of the community, affectionately known as Foro. Hundreds of people would come down to the central square to shop at the markets, attend criminal charges and discuss politics.

Getting there: From the Spanish Steps walk south on Piazza di Spagna and turn right onto Via Borgognona. Take a left onto Via del Corso, walk straight past the Piazza Venezia and follow Via dei Fori Imperiali.

Admission: Tickets to the Roman Forum is included with your ticket to the Colosseum, so definitely leave time in your day to go for a walk around one of the oldest places on Earth.

Interesting facts about the Roman Forum 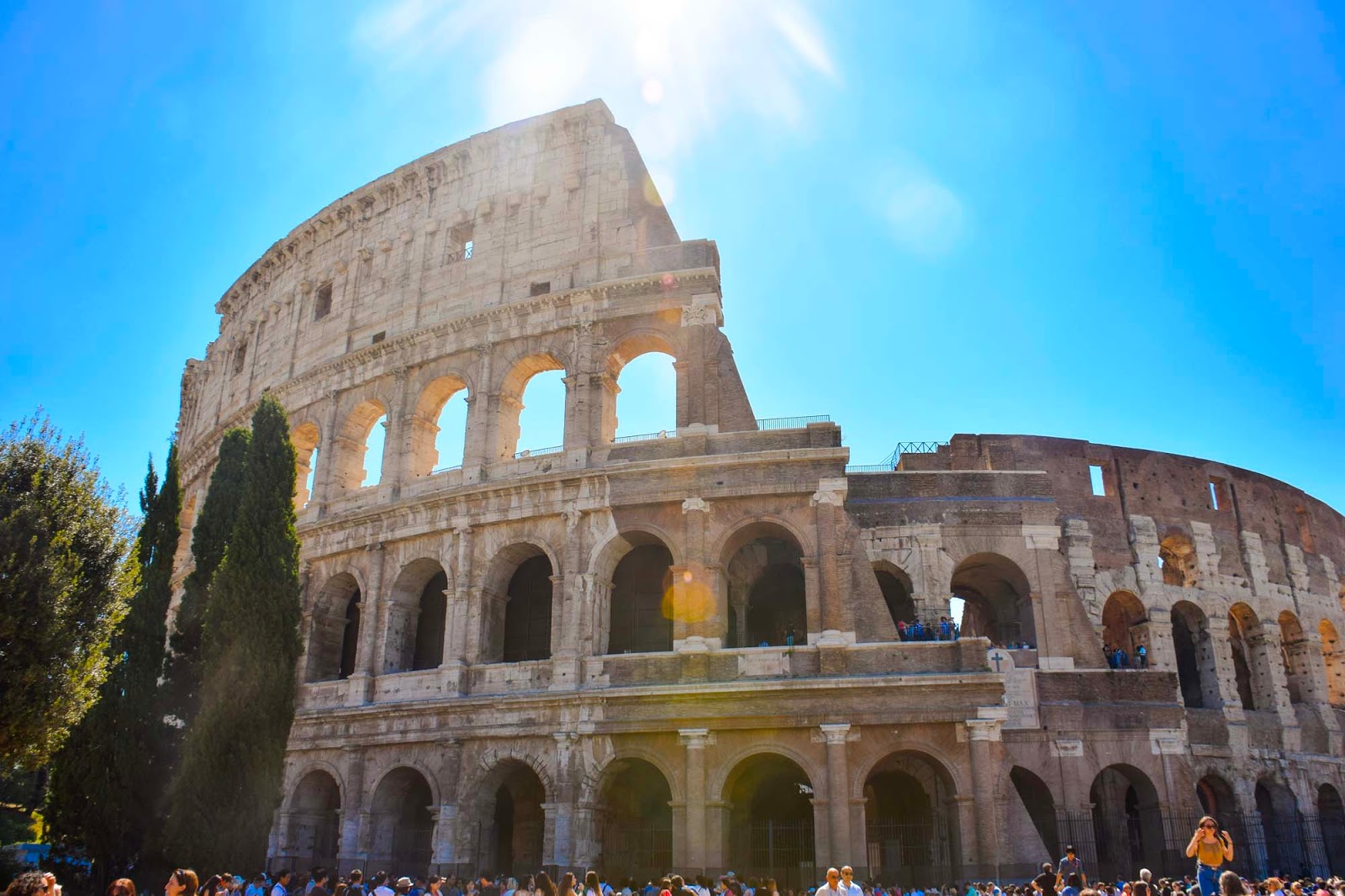 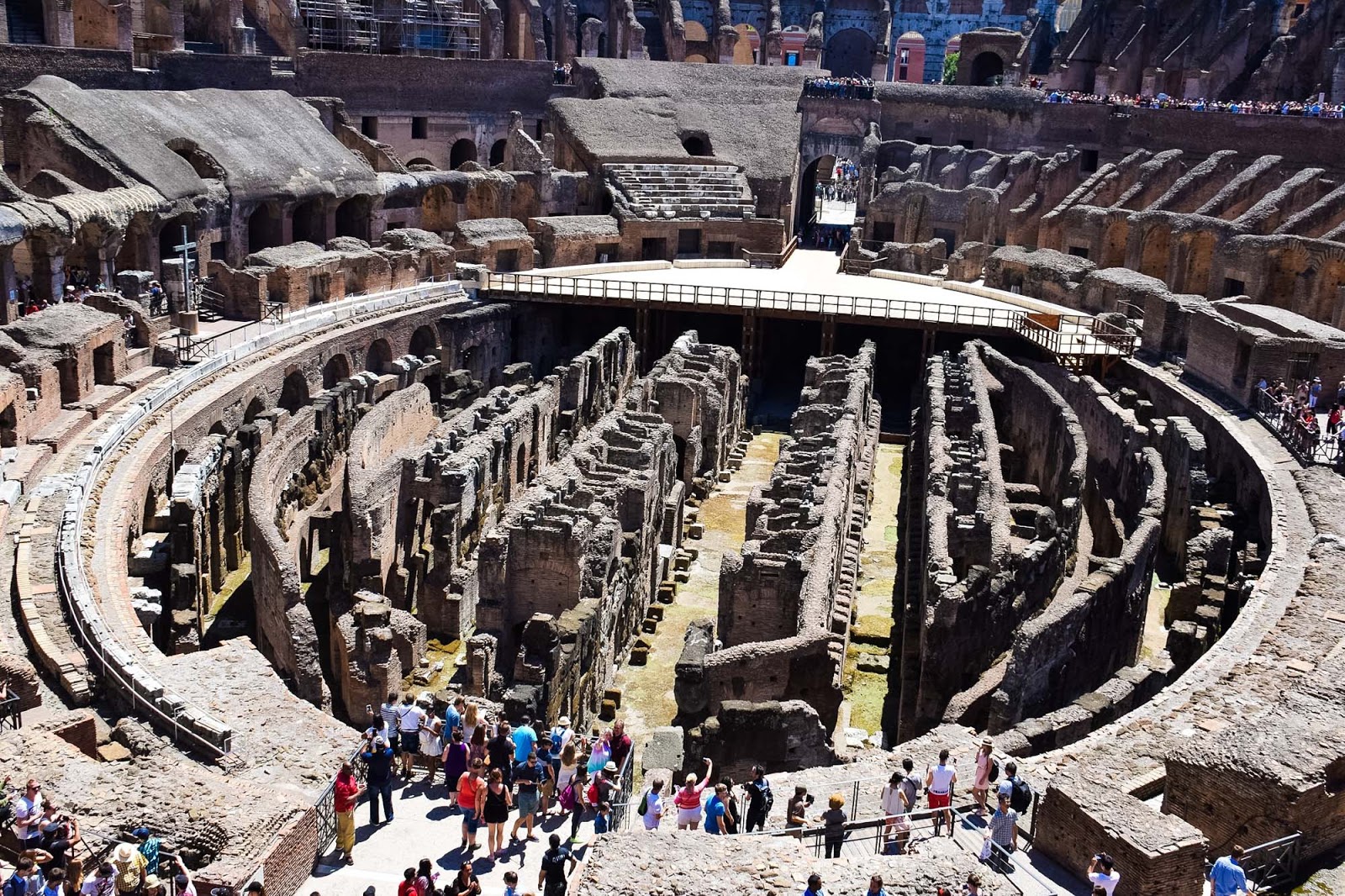 When my family visited Rome when I was 13 I was so sick. I couldn’t see, I couldn’t walk, I have the highest fever of my whole life. I needed to stay in bed and sleep it off, but we only had one day in Italy’s capital city and my family wanted to explore, so they dragged me everywhere. I never got to visit the inside of the Colosseum.

So this visit, I was so excited to get inside such an ancient building, full of so much history and culture. I am going to do a full post on visiting the Colosseum as well to include all my pictures, so here is a quick summary.

When was it built: Construction was commissioned in 72AD by Emperor Vespasian and completed by his son in 80AD.

History of the Colosseum: The Colosseum was built with a practical design, with 80 arched entrances allowing easy access to 55,000 spectators, who were to be seated in a ranking system. The Colosseum is absolutely huge, sitting at 188m long and 156m wide.

Getting there: Keep walking East from the Roman Forum. If you’re not walking, make sure you catch the homonymous B (blue) metro line.

Admission: Tickets into the Colosseum cost €15.50 and includes entrance into the Roman Forum, with discounted tickets available for youth and elderly European Citizens.

Opening hours: The Colosseum opens at 9am every morning, with closing times changing depending on the time of year.

READ MORE:
A Guide To The Colosseum

Interesting facts about the Colosseum 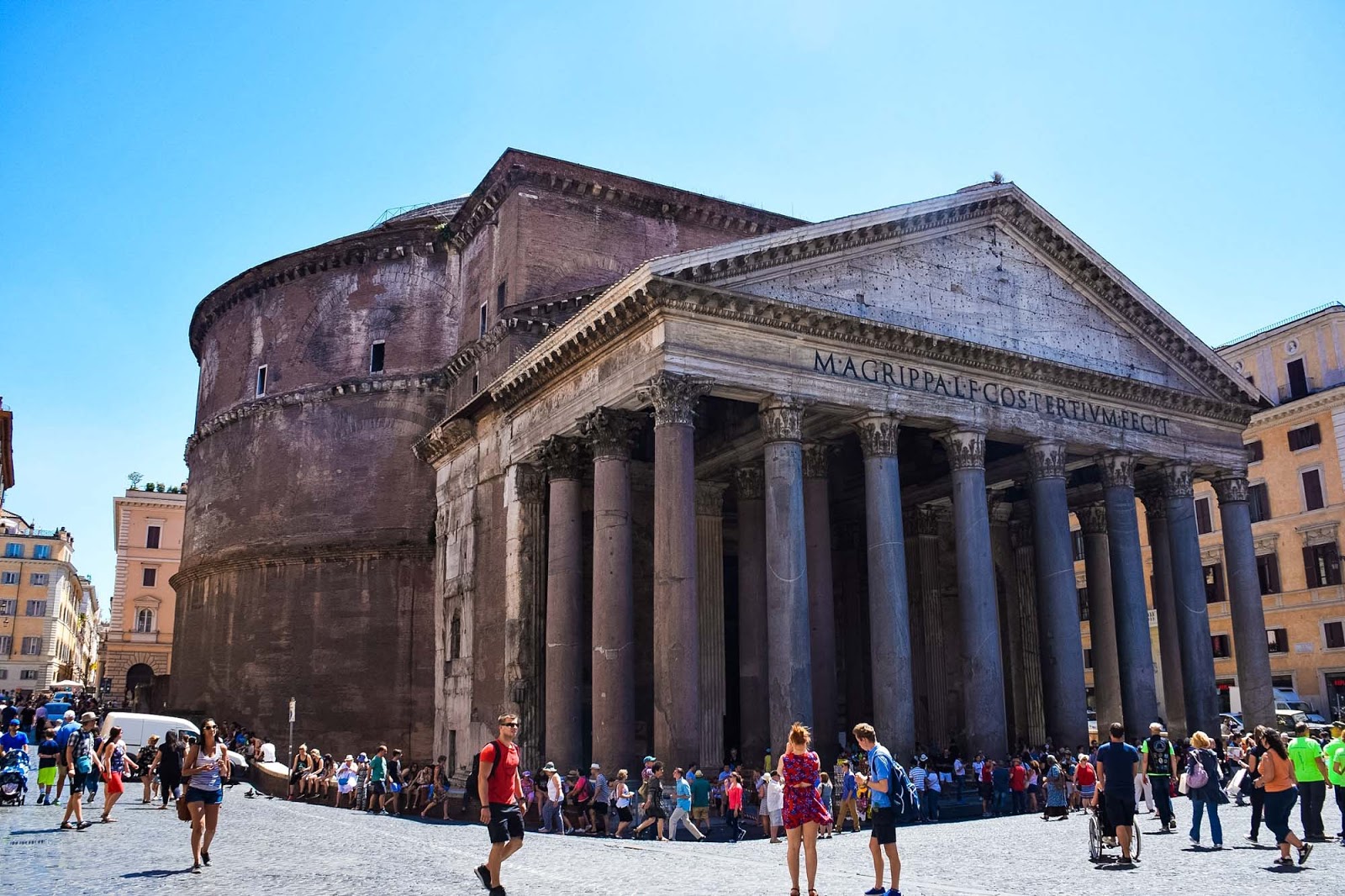 Another can’t miss stop on the ancient tour of Rome is the Pantheon. This spectacular structure is like the hidden gem of Roma, found in a tiny square amongst tall building and easy to miss if you’re not looking for it. One of the things I loved about the Pantheon are the surrounding streets, full of colourful houses, walls covered in vines and greenery, and cute little restaurants and boutiques with people spilling out onto the street, enjoying the long summer days and the fantastic Italian wine.

History of the Pantheon: The Pantheon was first built as a temple to all Gods. It is the best preserved Ancient Roman monument, and it is a bit of a mystery how the Pantheon managed to survive the barbarian raids when all the rest of the Roman monuments were shattered. Since the 7th Century the Pantheon has been used as a church dedicated to St. Mary and the Martyrs and it is informally known as Santa Maria Rotonda.

Getting there: The Pantheon is found in Piazza della Rotonda.

Interesting facts about the Pantheon

READ MORE:
Pit Stop at the Leaning Tower of Pisa 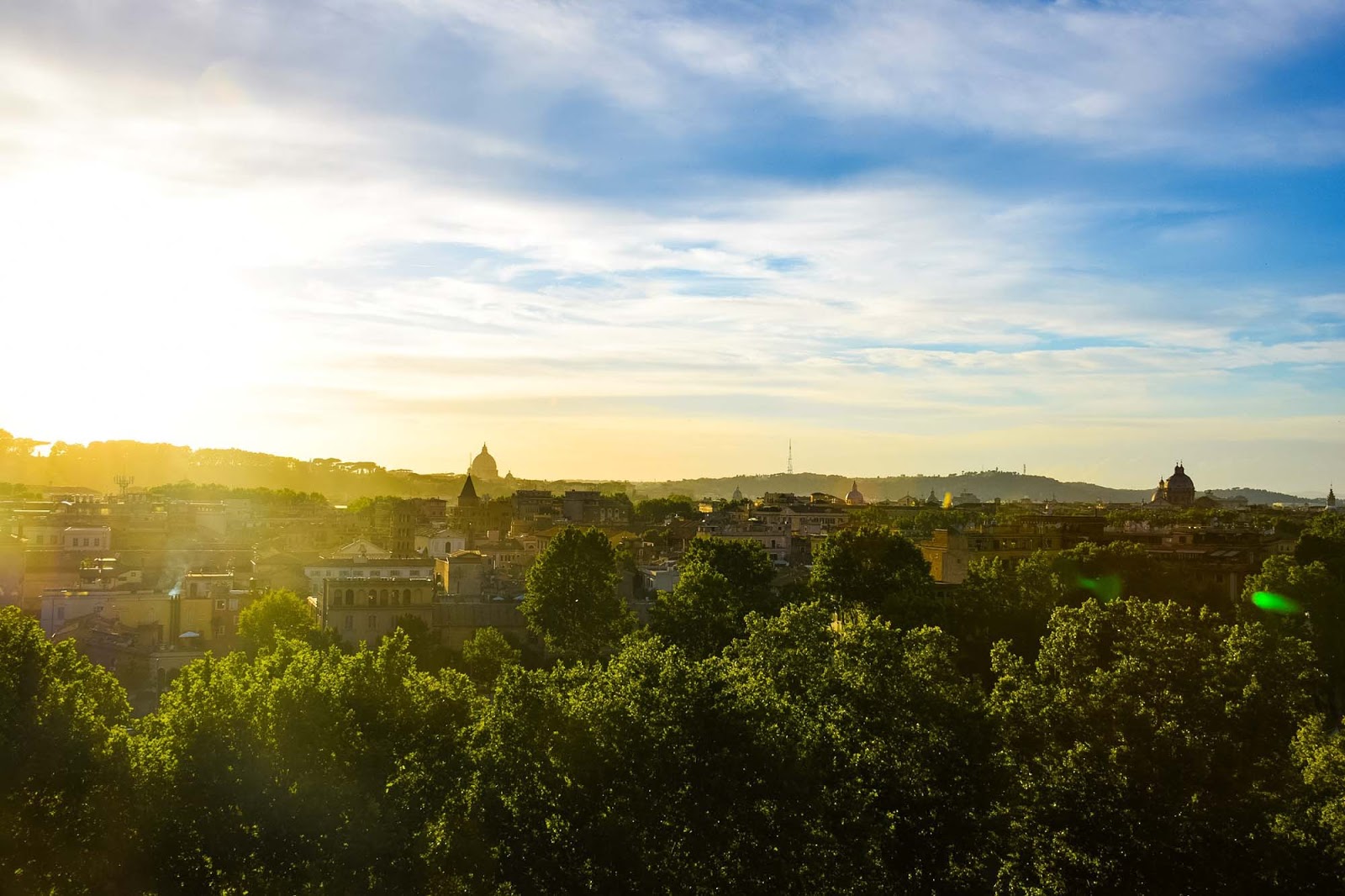 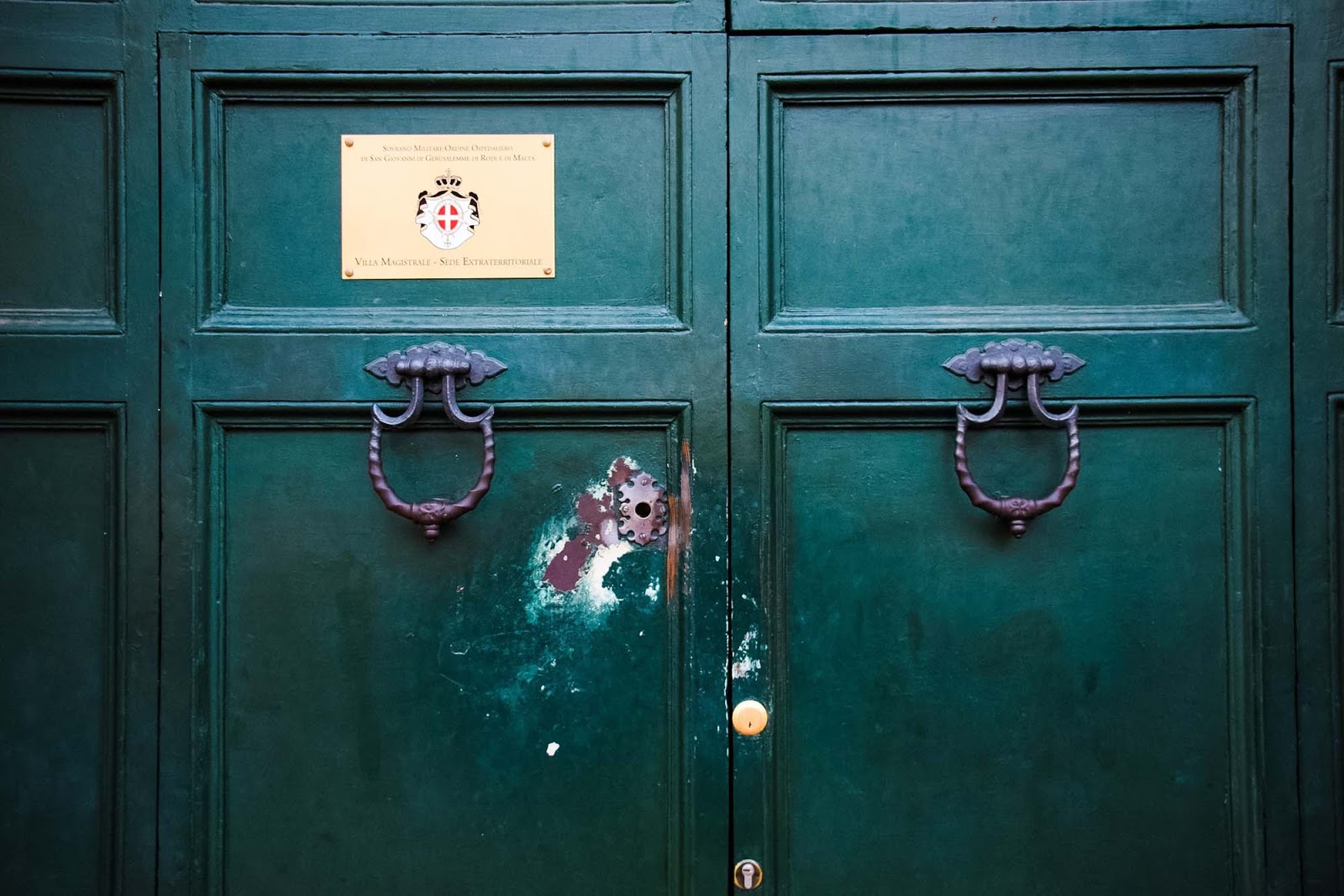 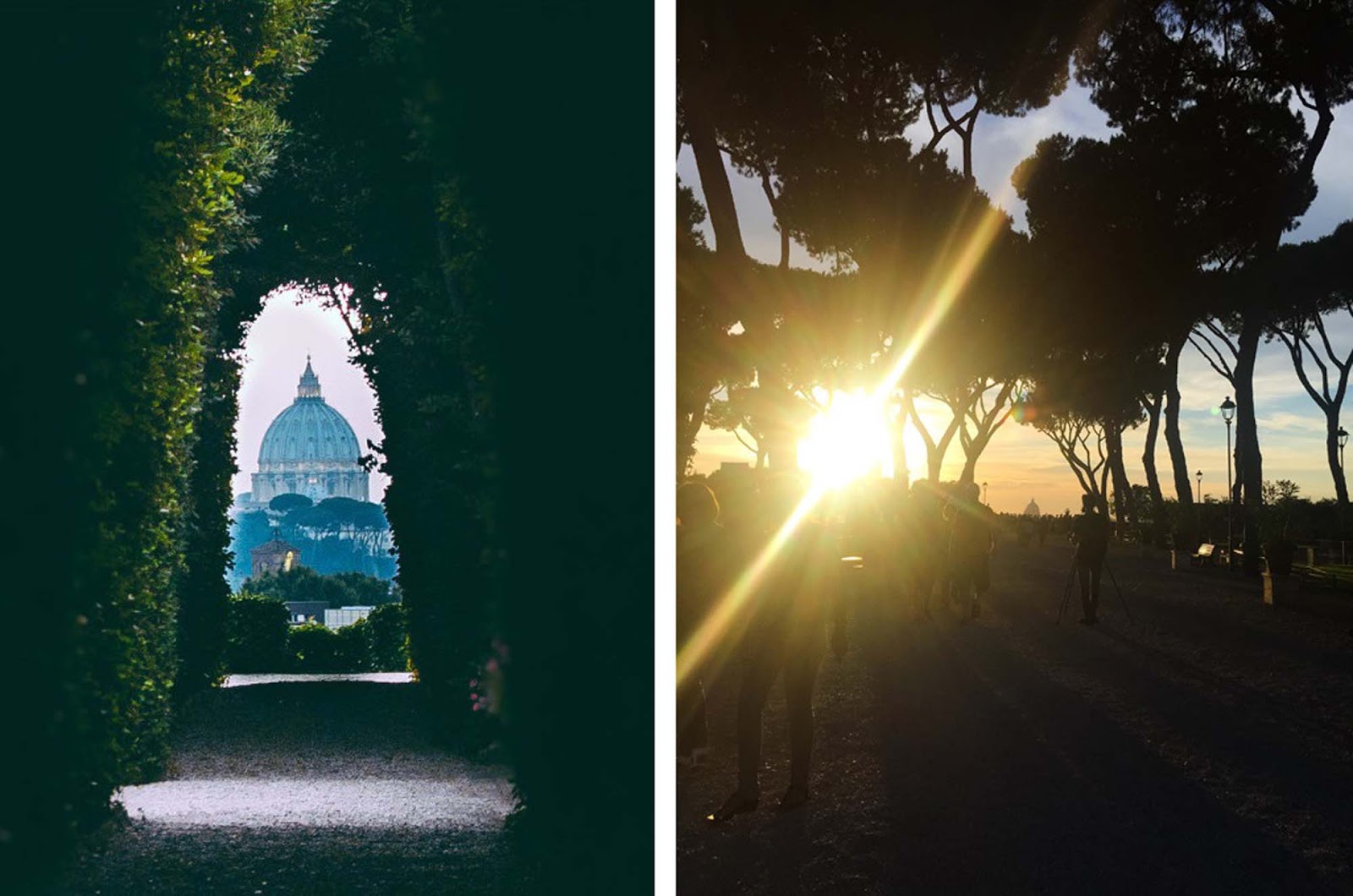 Sunset at the Garden of Oranges

For the perfect way to end your walking tour of Rome with a beautiful sunset you can’t miss the Garden of Oranges.

The Garden of Oranges also holds a secret that is so well kept that it is incredibly easy to miss if you’re not on the lookout for it. Keep walking past the Garden of Oranges, past the Maltese Embassy and then look out for a heavy green door on the left hand side with a tiny keyhole.

There will most likely be a group of people gathered around the door waiting for their turn, that’s how you will know that you finally found it!

The Aventine Keyhole. Trust me, the line is worth the wait. Peep through the keyhole for a perfect view of St Peter’s Basilica in a cut out of the hedges of the gardens on the other side of the door. It felt like for the second I was glancing through the keyhole I was completely peaceful, just me and this beautiful private view of Rome that very few take the effort to experience.

The heavy green doorway leads to the Priory of the Knights of Malta and is a private property that has been in the hands of the knights for centuries. The building on the site today is known as Santa Maria del Priorato. No one knows whether the perfectly lined up keyhole view is a beautifully placed peepshow or just a lucky coincidence, but it’s definitely worth the visit. 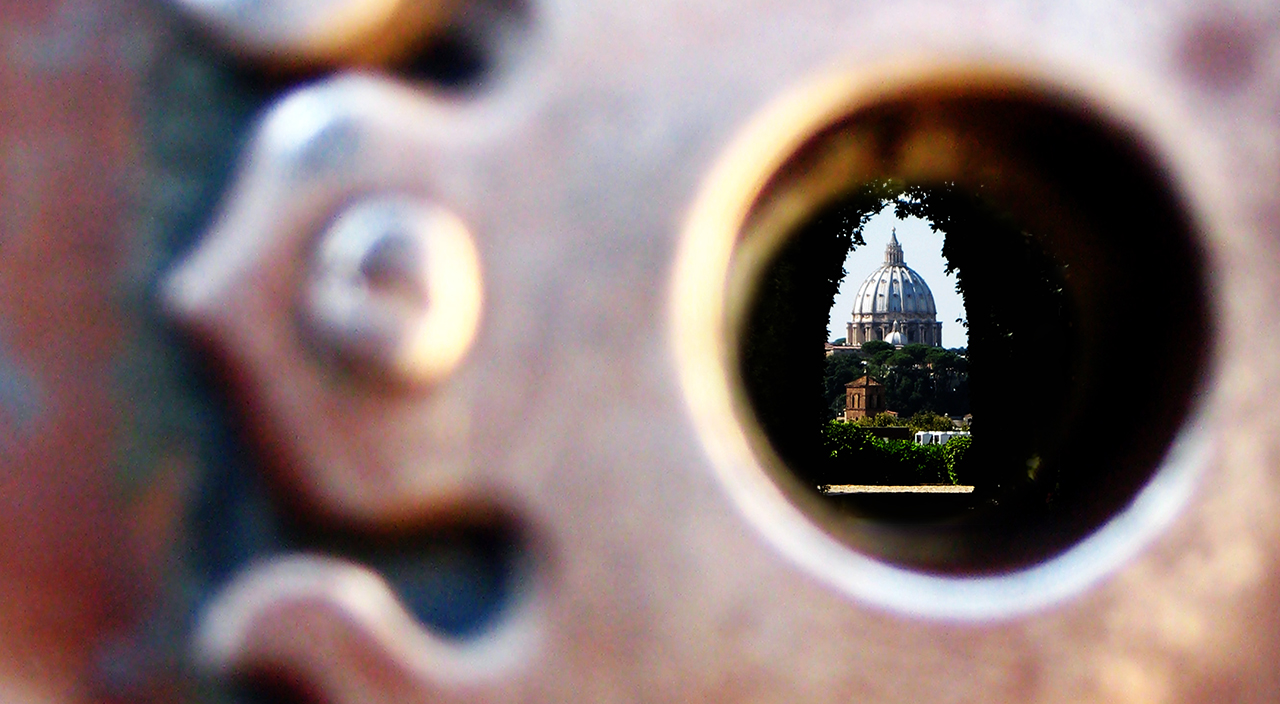 At the end of our walking tour we were absolutely exhausted. Our feet were blistered and sore, we were hot and sweaty, we had walked over 40,000 steps and been out for 15 hours. But it was absolutely worth it.

If you’re visiting Rome, I would definitely recommend seeing the city on foot. It’s amazing how many of the major sites and ruins are within walking distance from one another and it’s the best way to completely immerse yourself in the Italian way of life. Make sure you stop for plenty of ice-cream, pizza and pasta along the way.

You will be burning off those carbs! Above image found here. 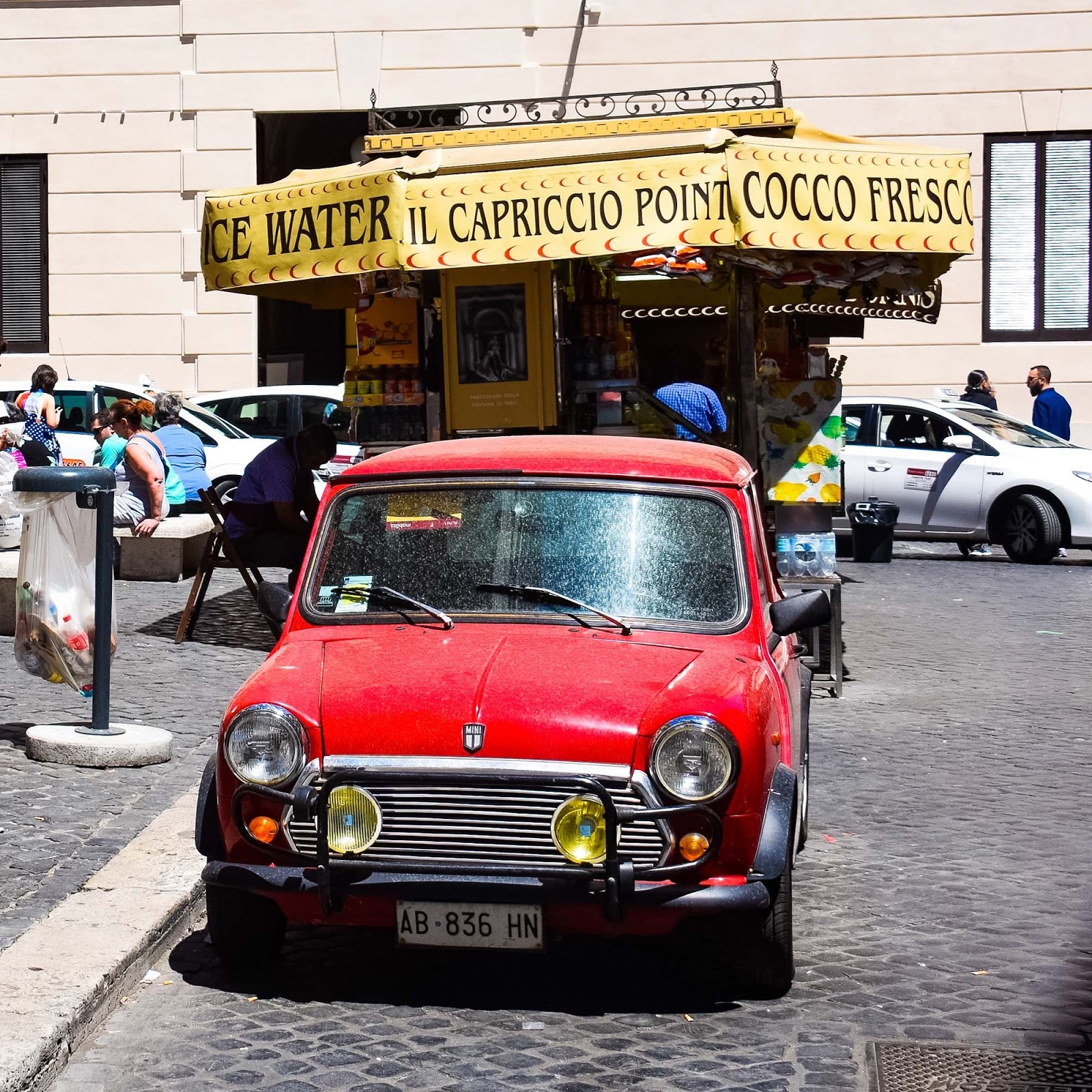 Explore more of our adventures around Italy 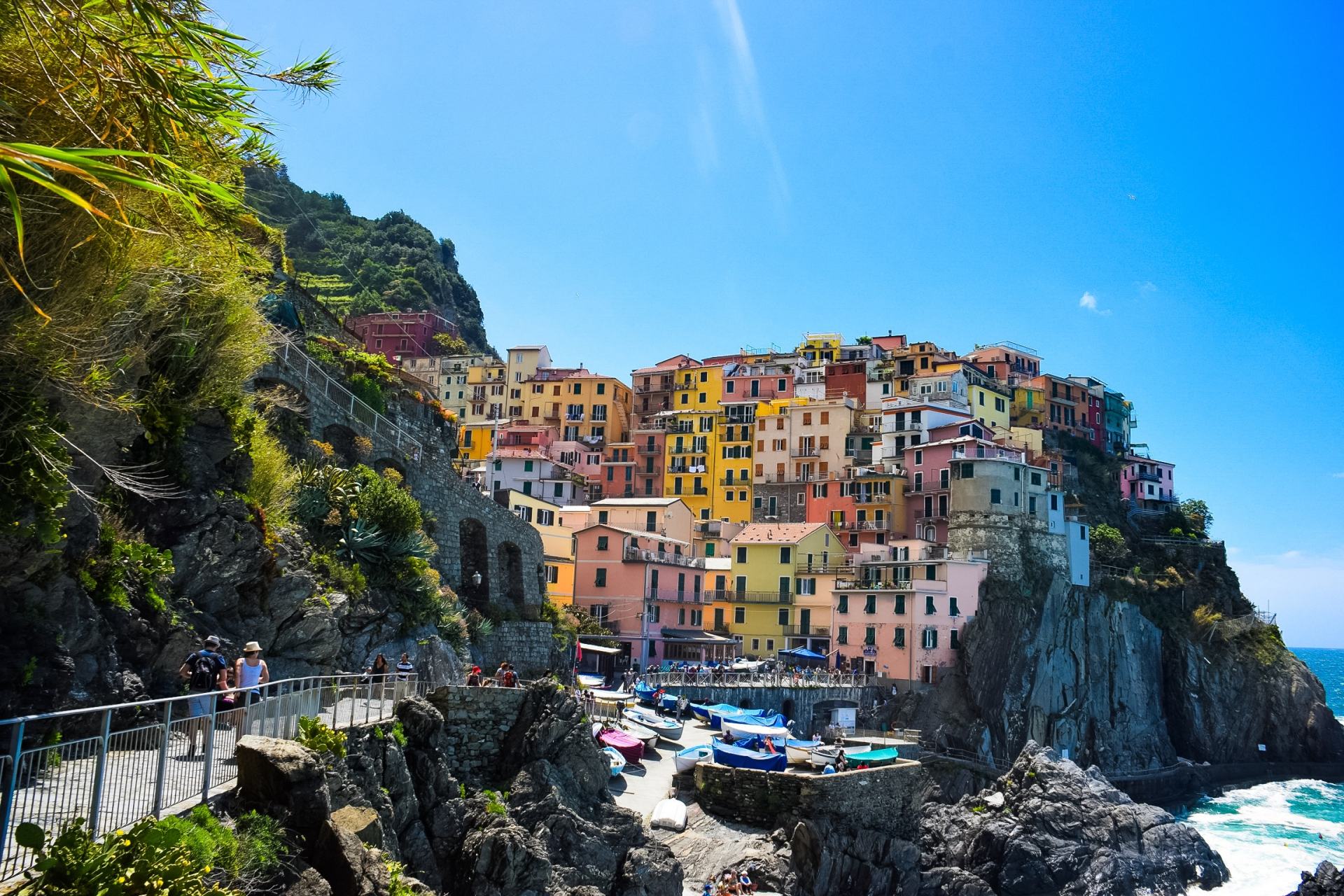 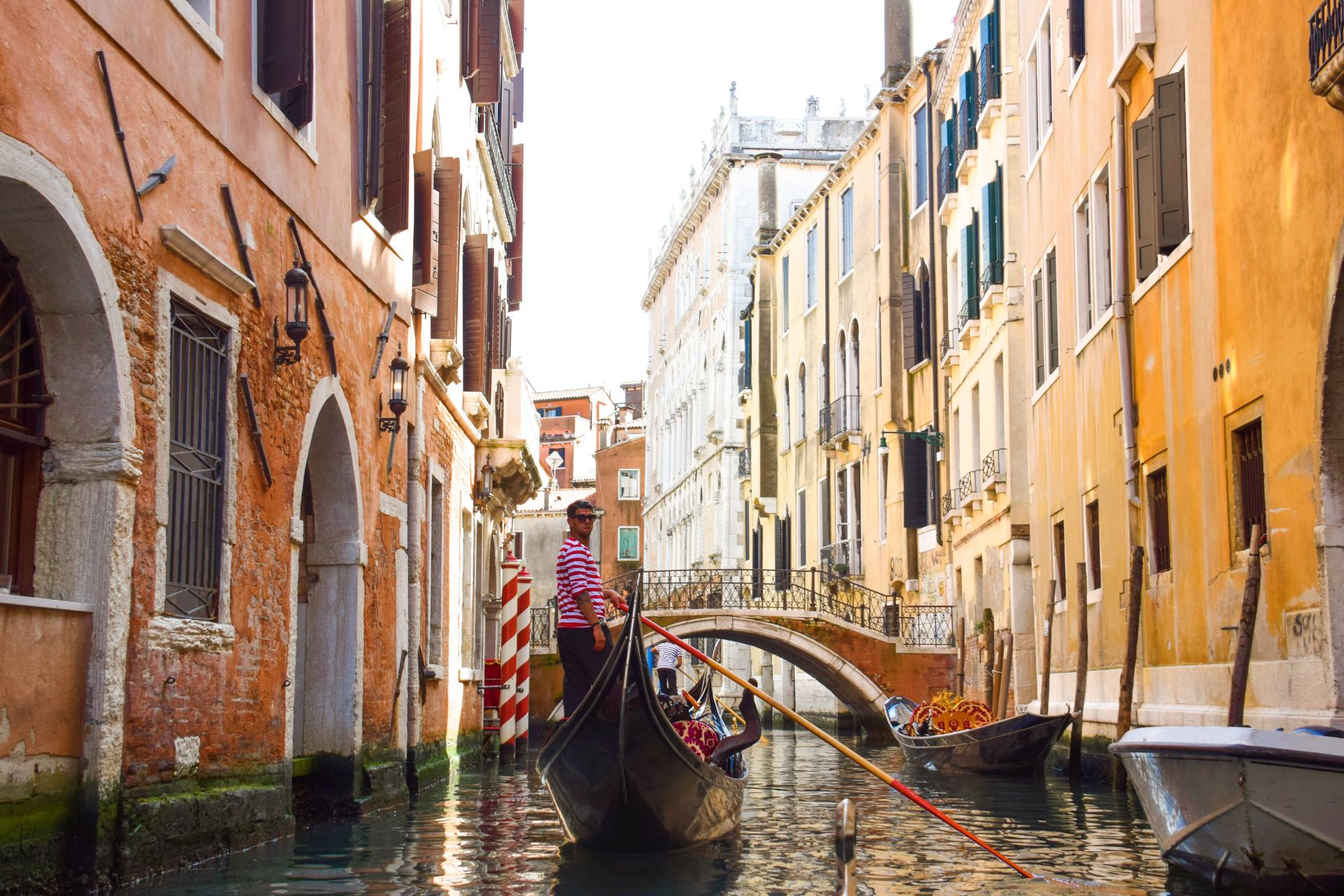 Why You Need To Visit Venice 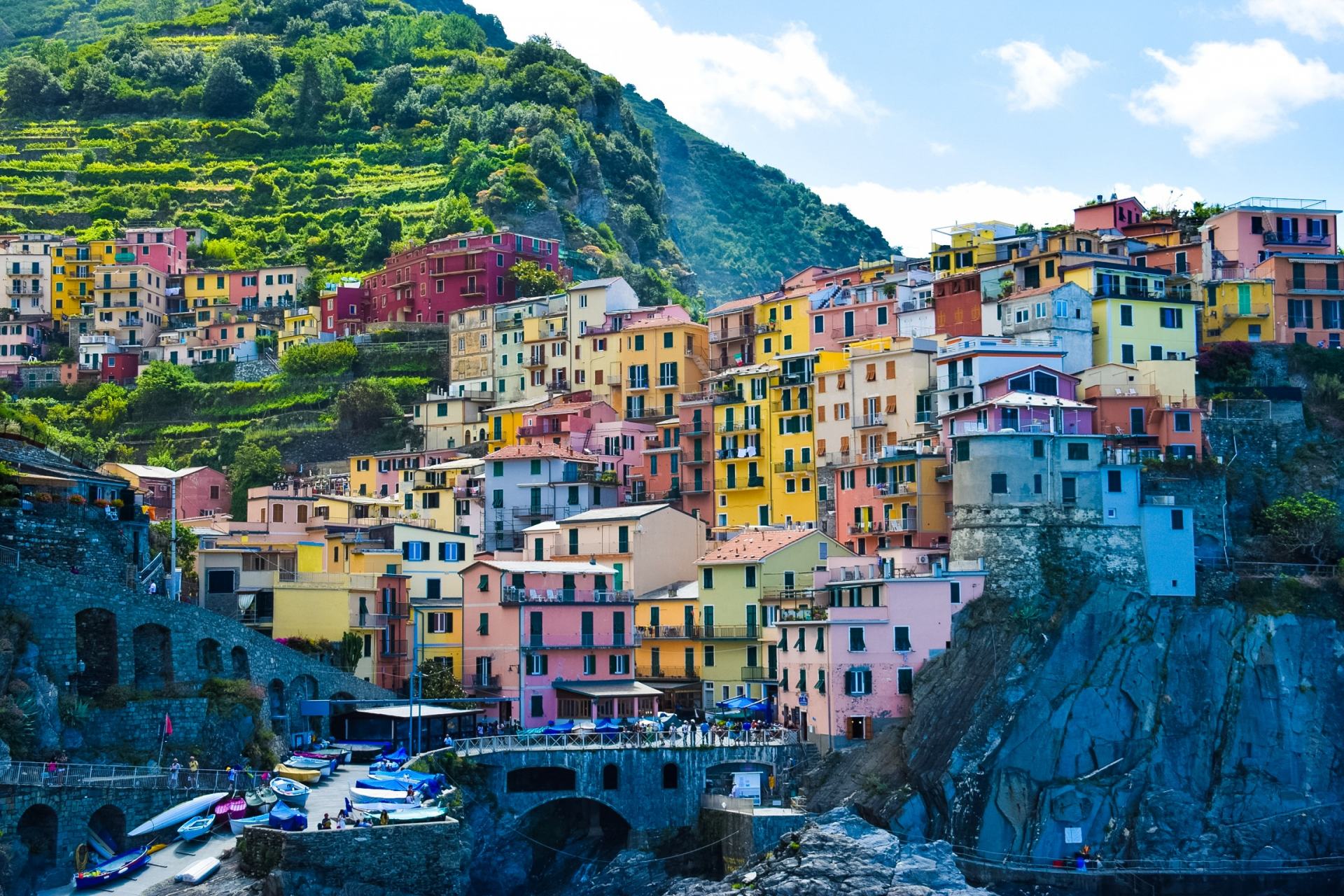