From Santorini we flew over to London for a few days. Typical London just can’t bring the summer heat like the rest of Europe, so it was back to jeans and jumpers just like we never left Melbourne!

But we did find some sunny moments amongst all the clouds.

Here’s a quick guide to 15 iconic things you can’t miss when you visit London for the first time. 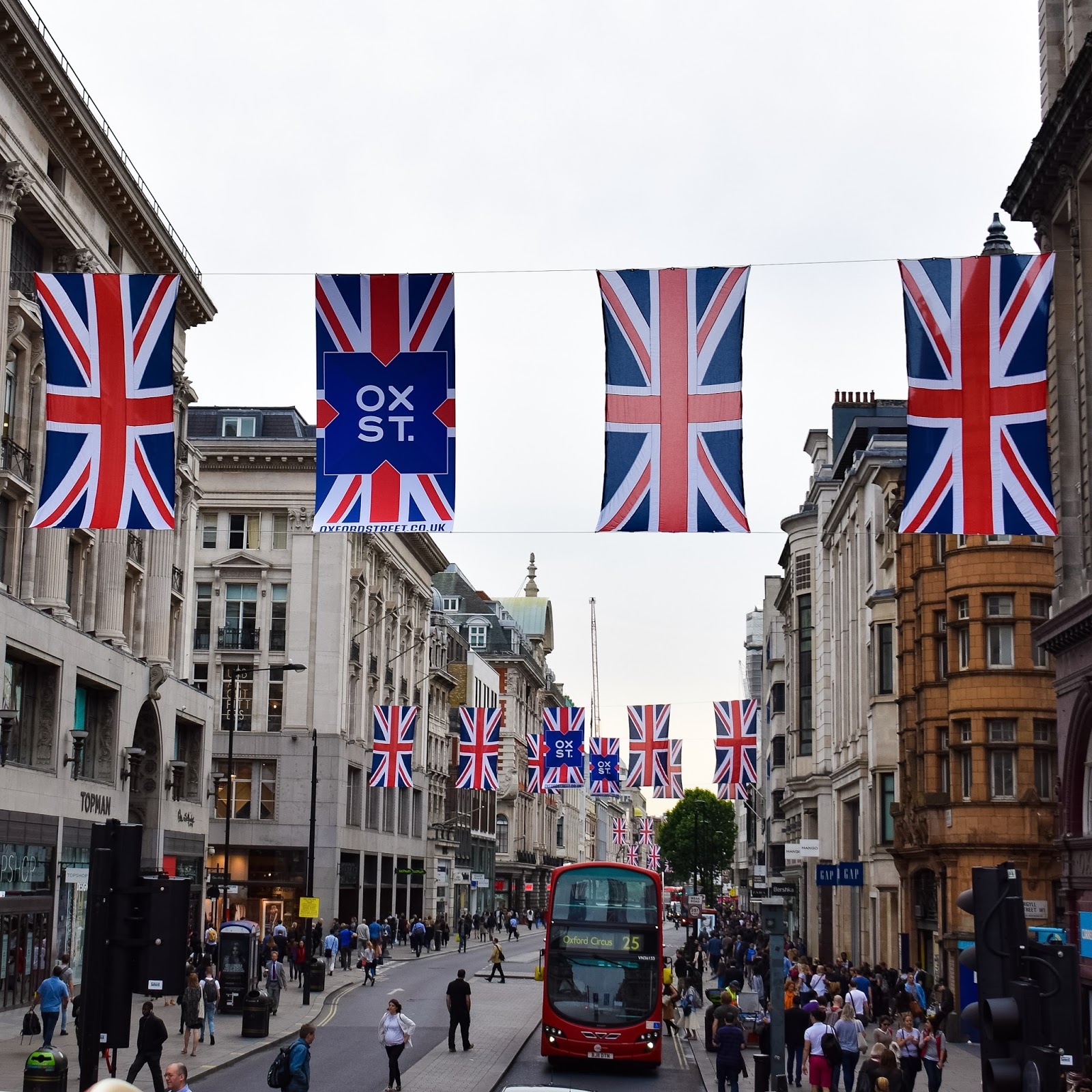 Oxford Street is the busiest and one of the most popular shopping areas in all of Europe. It is home to about 300 shops and receives about half a million visitors a day. That’s insane!

Ox St as it is affectionately known is home to almost every brand you could imagine, both local and international and it would be hard to think of something you couldn’t find in the area. It’s also a great place to jump on tours and find some general information about the city of London.

The Oxford Street Precinct is generally open from 9:30am each day, closing at 9pm on Monday to Wednesday and Saturday, 10pm on Thursday and Friday and 6pm on Sunday. Although some individual stores may differ you can pretty much enjoy late night shopping every day of the week.

Check out the best places to stay around Oxford Street 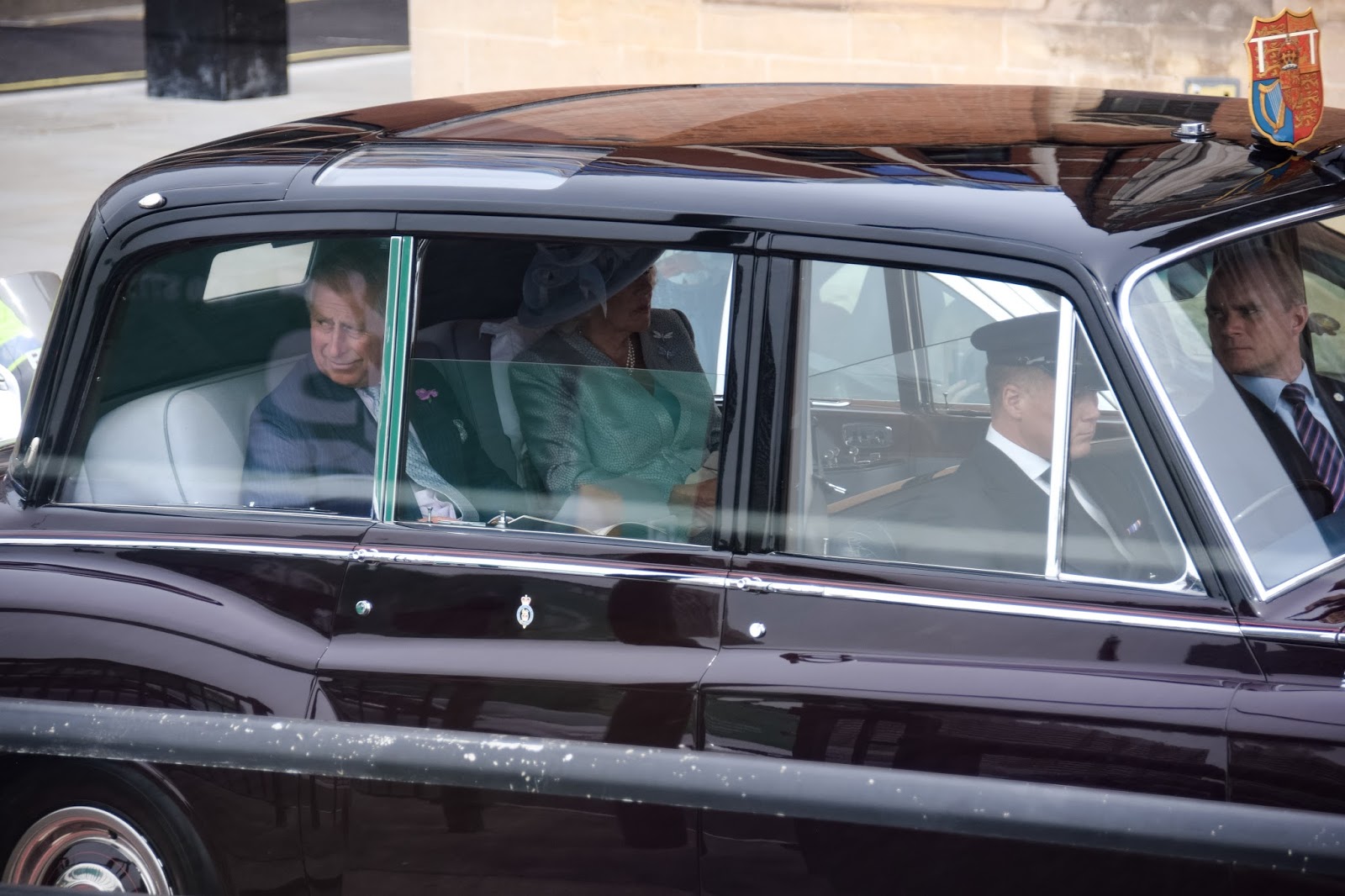 2. Keep your eyes peeled for Royals

London is of course home to the Royal family and you should always keep your eyes out for them. Although, it’s not like you’re going to accidentally bump into them at the Zara checkouts. They are normally proceeded by security and police cars much earlier than they appear.

While we were riding on the hop on hop off bus we got diverted for about 40 minutes onto a completely different path, with meant our bus driver just had to cut back to the start point whatever way he could.

Even though we were a bit annoyed at the time, when we realised it was due to a royal diversion and then even had a sighting of Prince Charles and Camilla on their way to some Queens birthday celebrations! Just another time that we were extremely happy that we travel with a big zoom lens most of the time. 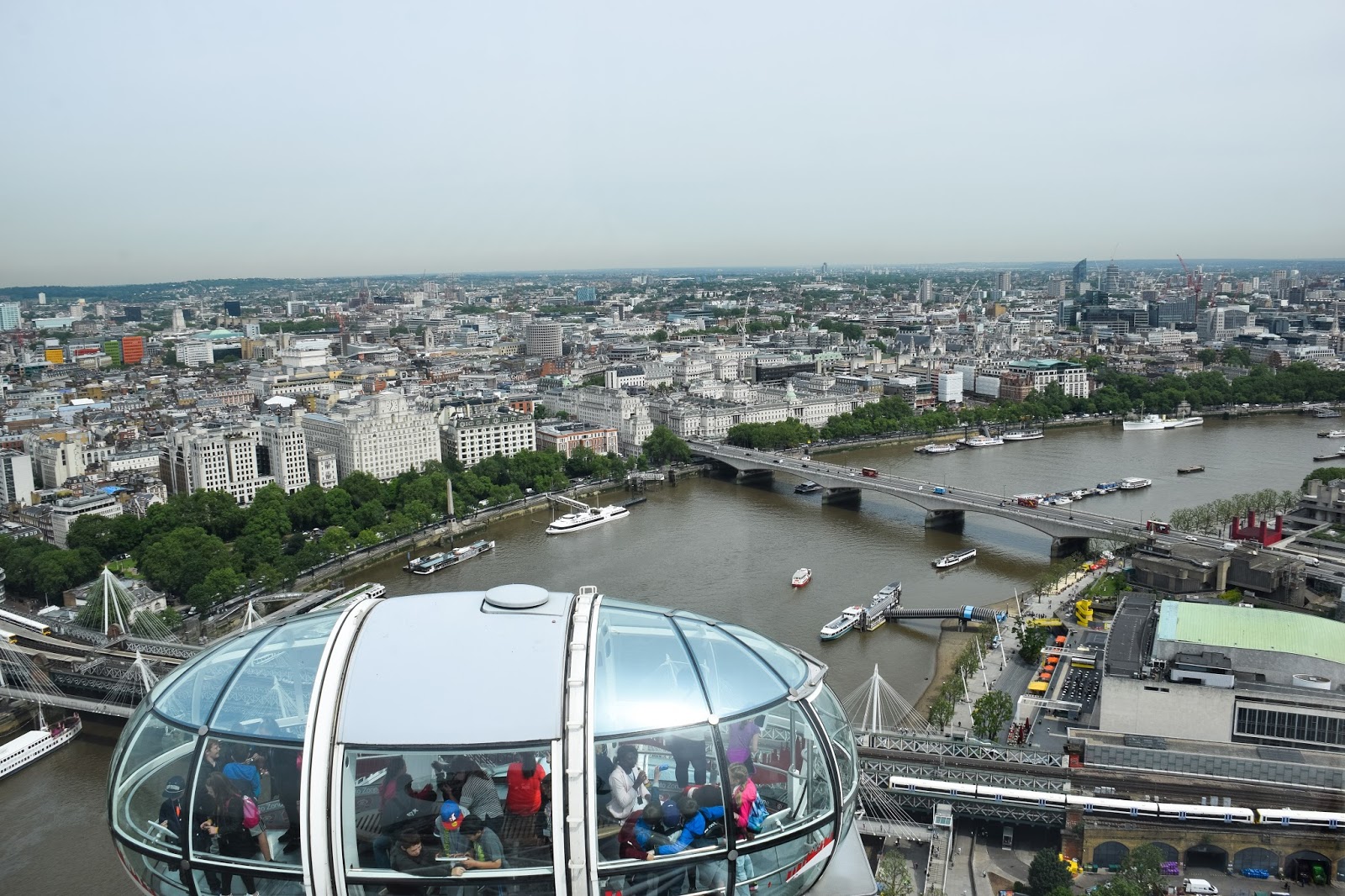 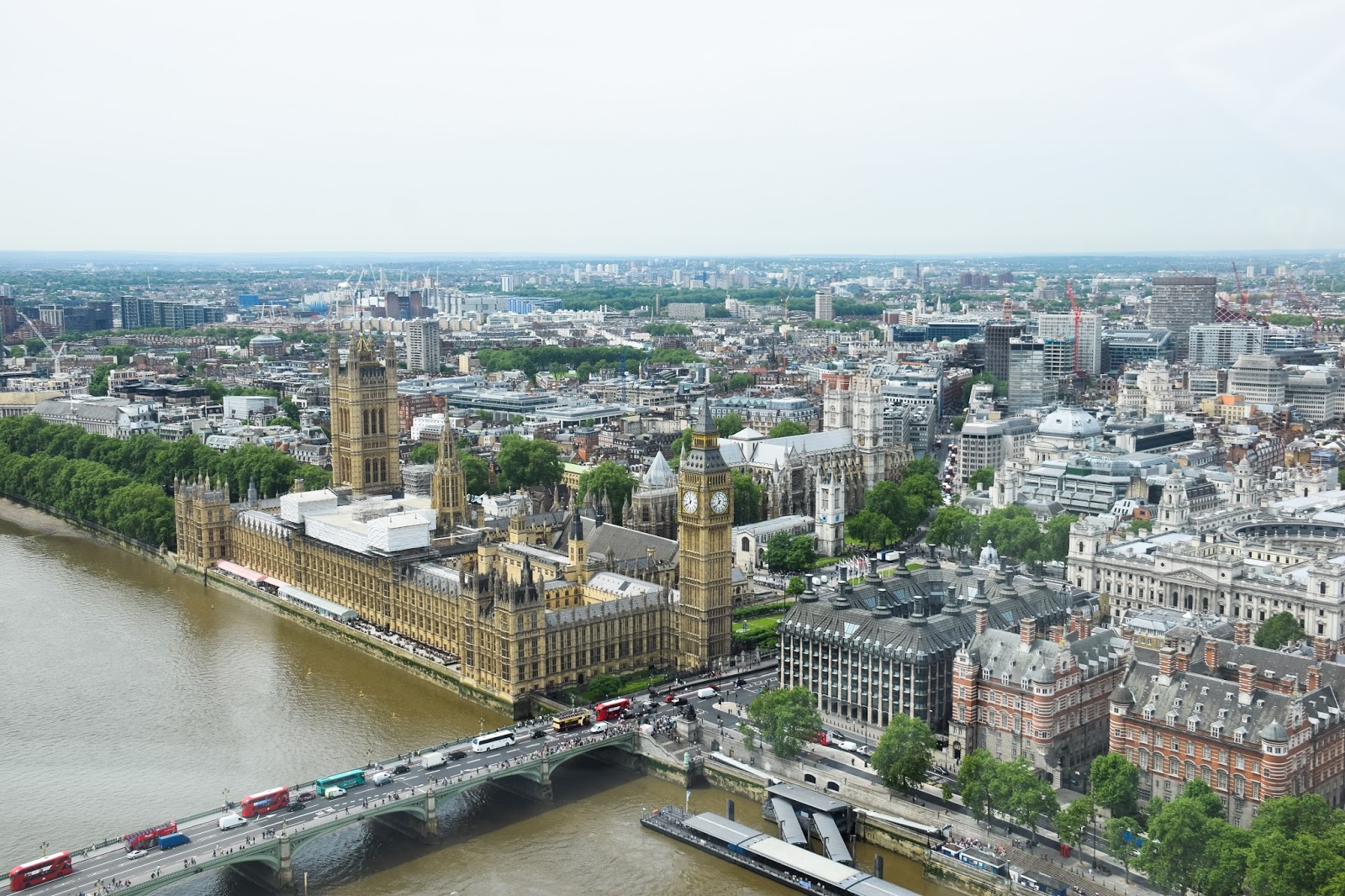 3. Check out the view from above on the London Eye

Holding a name that regularly changes due to new sponsorship, the currently named Coca-Cola London Eye offers some of the most spectacular views of London. Sitting on the South Bank of the River Thames you can see so much of London from the Eye including Big Ben, the Houses of Parliament, the Tower of London, Covent Garden, Westminster Abbey, St Paul’s Cathedral, Tower Bridge and Marble Arch.

The Eye is 135m tall and when it was built in 1999 it was the world’s tallest ferris wheel. It has since been replicated in many other countries and cities, including Melbourne. It is still Europe’s tallest ferris wheel and London’s most popular attraction, with 3.75 million visitors a year.

If you’re catching the tube the closest underground stations are Waterloo, Embankment, Charing Cross and Westminster. All of the hop on hop off buses also have a stop on the Westminster Bridge, offering extremely easy access to the London Eye. 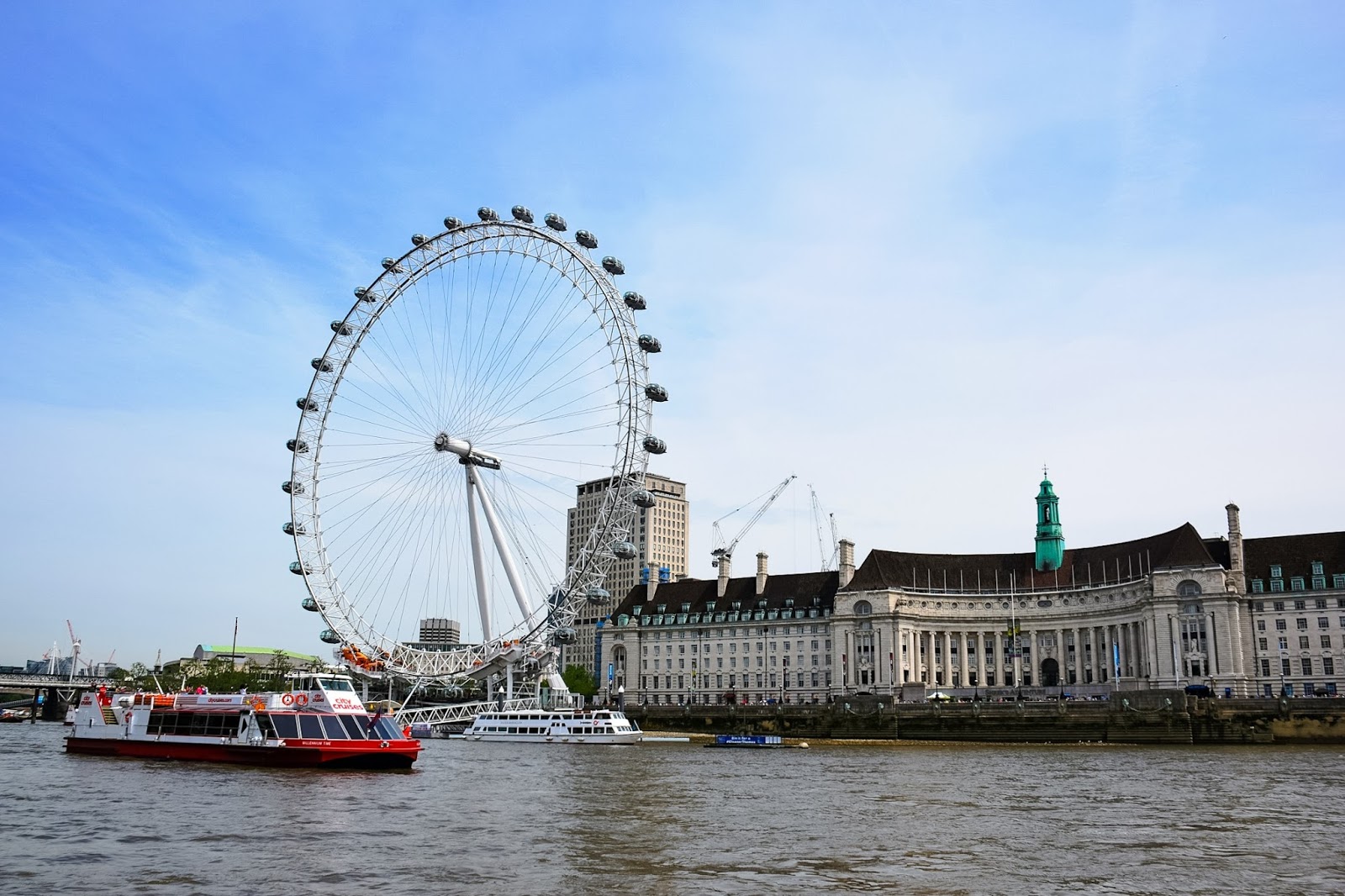 4. And then check out the view from the ground

After experiencing the views of London from the Eye, make sure you check out the view of the London Eye from the other side of the river. Cross over the Westminster Bridge and take a walk down the Victoria Embankment to see the Eye in all it’s glory.

There are also great views from the Westminster Pier as well as from directly upon the River Thames itself.

Check out all the best places to stay around London 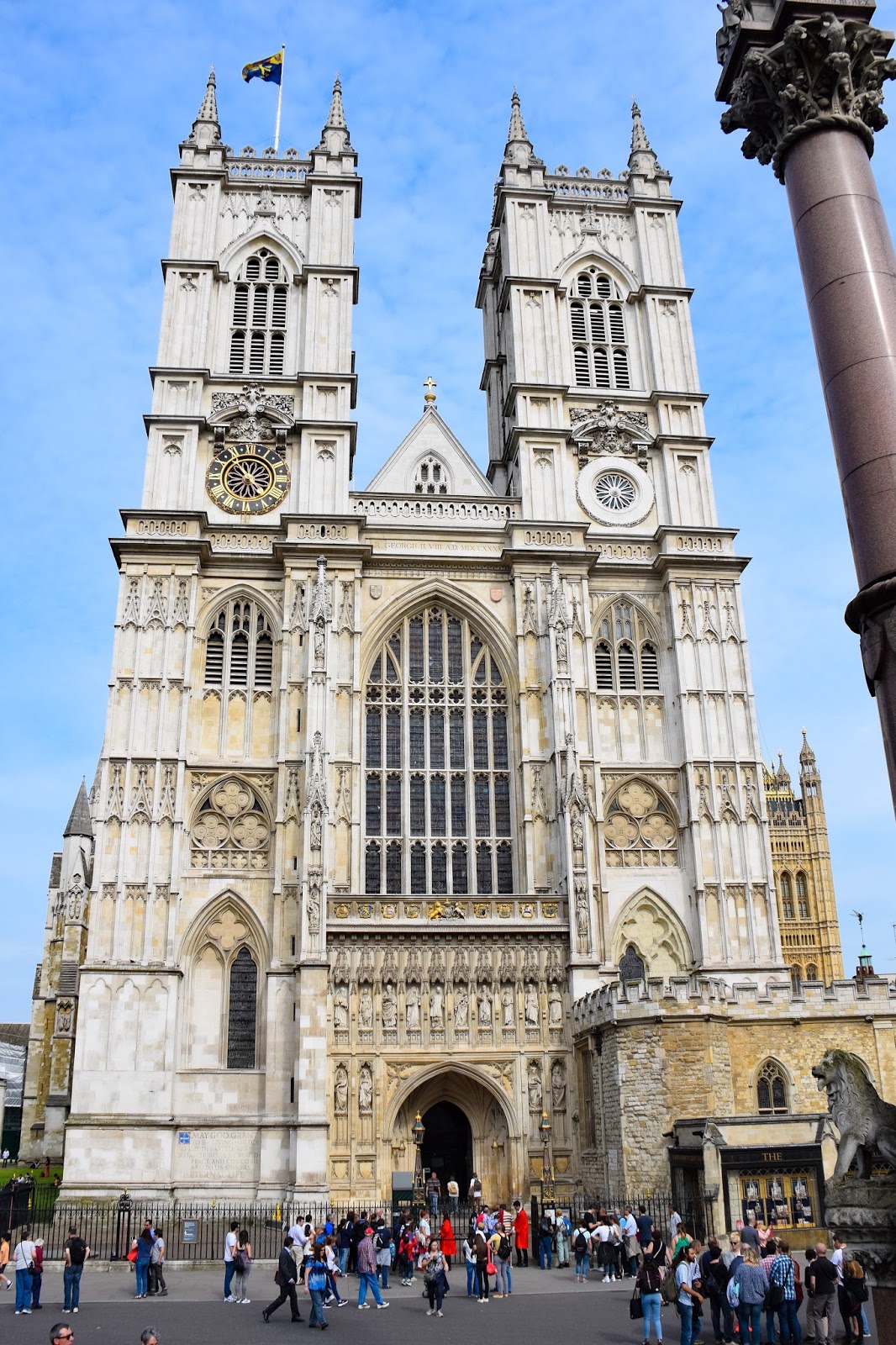 Without a doubt, my absolute favourite building in London is Big Ben and Westminster Abbey. It’s so beautifully intricate and detailed and just screams London to me, I could stare at Big Ben for hours.

Westminster Abbey is such an important landmark to the UK and especially to the Royal Family, who uses it for all of their important events.

There have been 39 coronations of Kings and Queens at Westminster Abbey and 17 royal weddings, including the 2011 wedding of Prince William and Catherine Middleton. 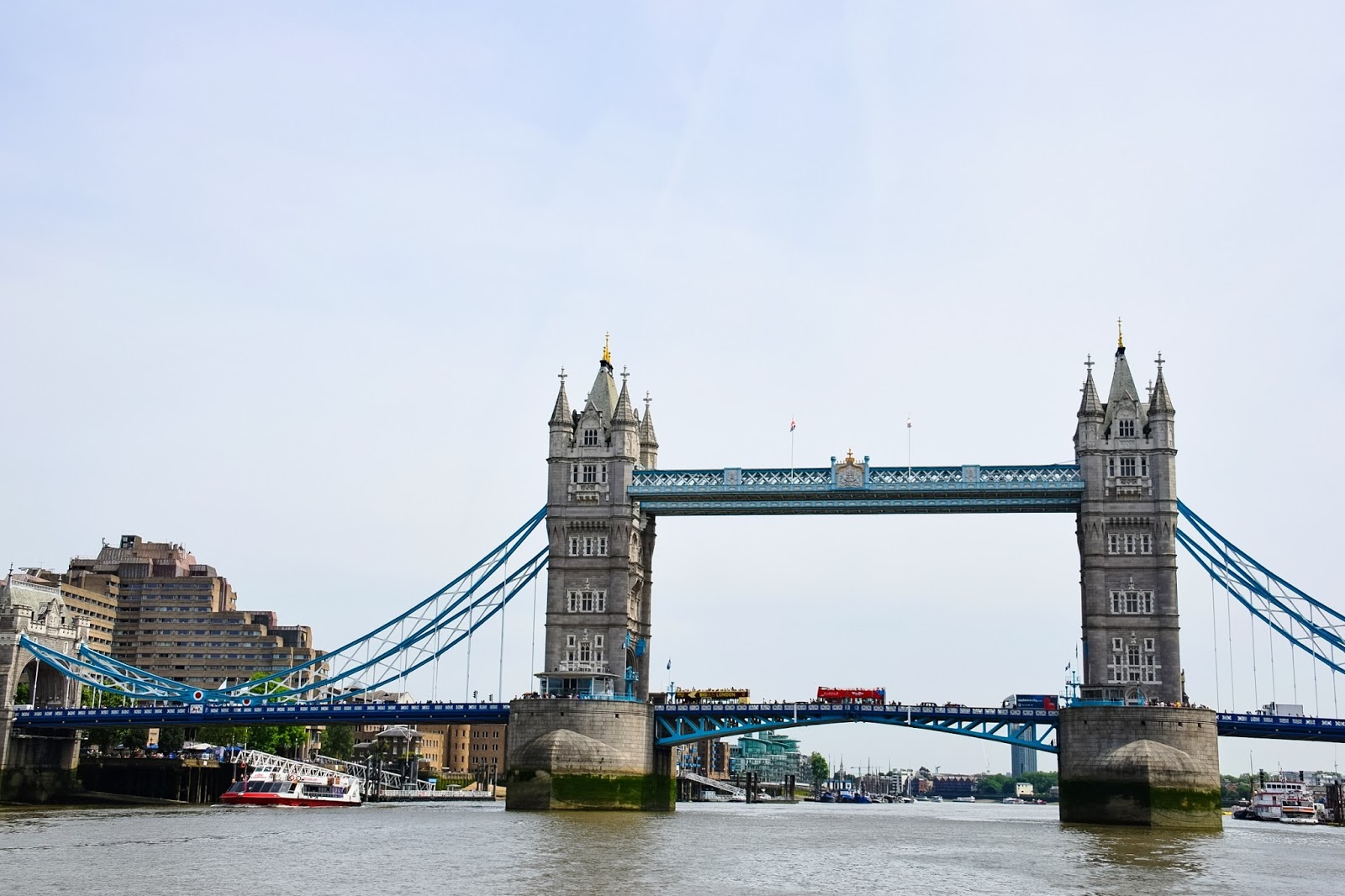 6. Take a river cruise along the Thames

If you buy a pass for any hop on hop off bus around London or a London Pass, a ticket for a river cruise on the Thames will most likely be included. It is a beautiful way to see London from a different perspective, especially if it’s a sunny day, so take advantage of the free ticket!

You can hop on the Thames River Cruise at either Westminster Pier (by the Houses of Parliament) or Tower Pier (at the Tower of London) and experience perfect views of heaps of London’s most iconic attractions.

We took a cruise with the Original Tour Company, which I highly recommend for their very entertaining commentary about the city. 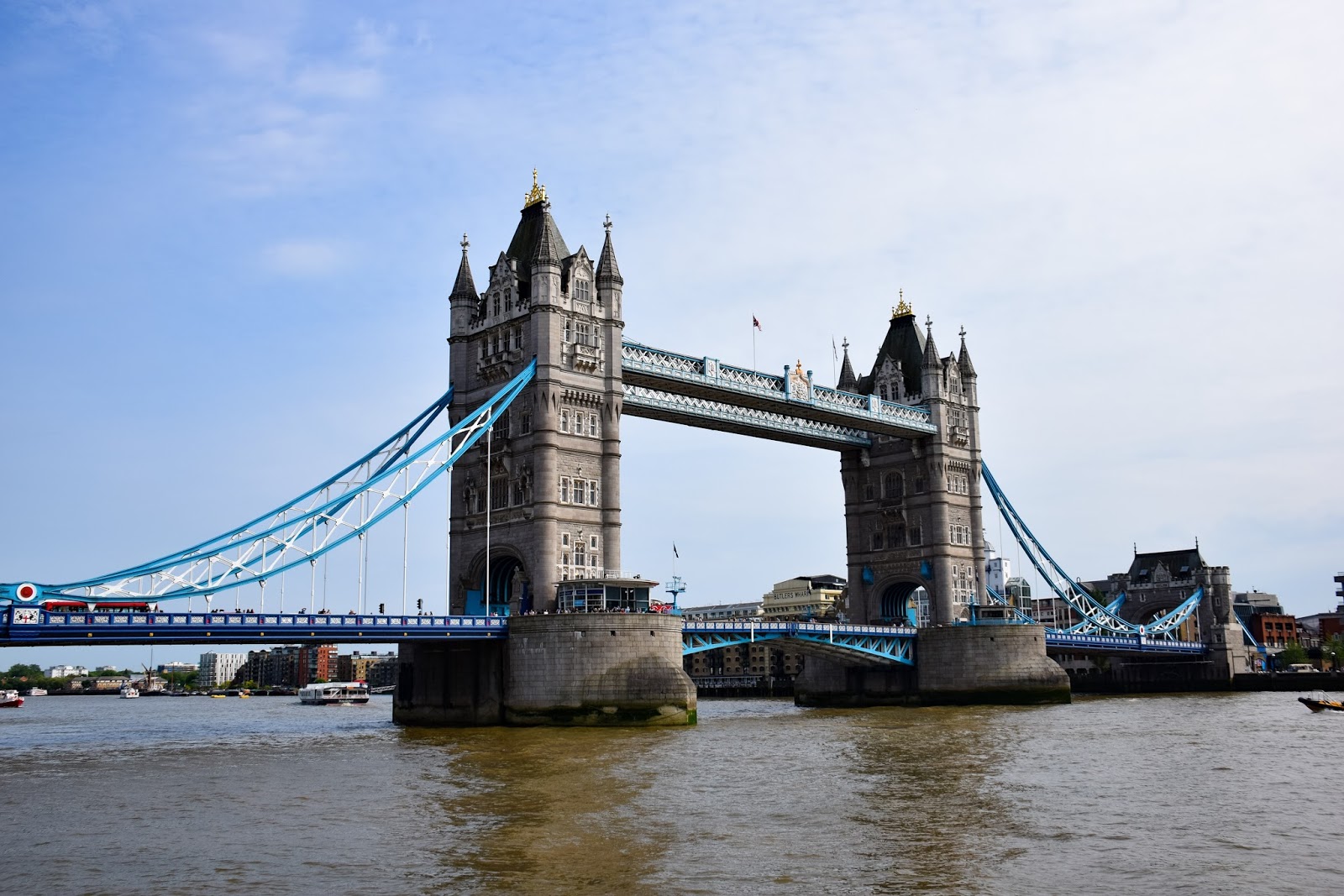 7. Walk back across the Tower Bridge

Because you just have to be able to say that you walked across the Tower Bridge. 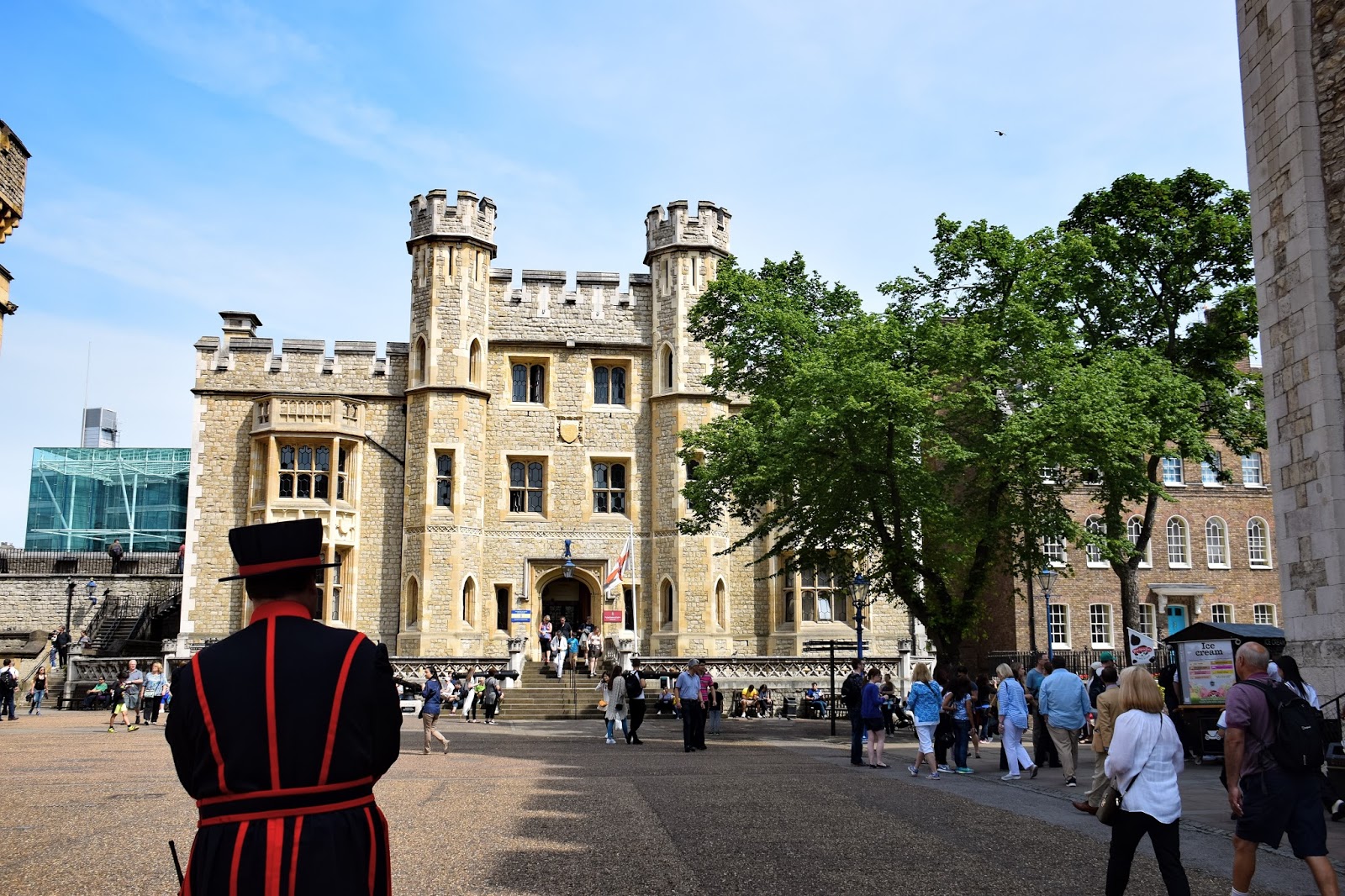 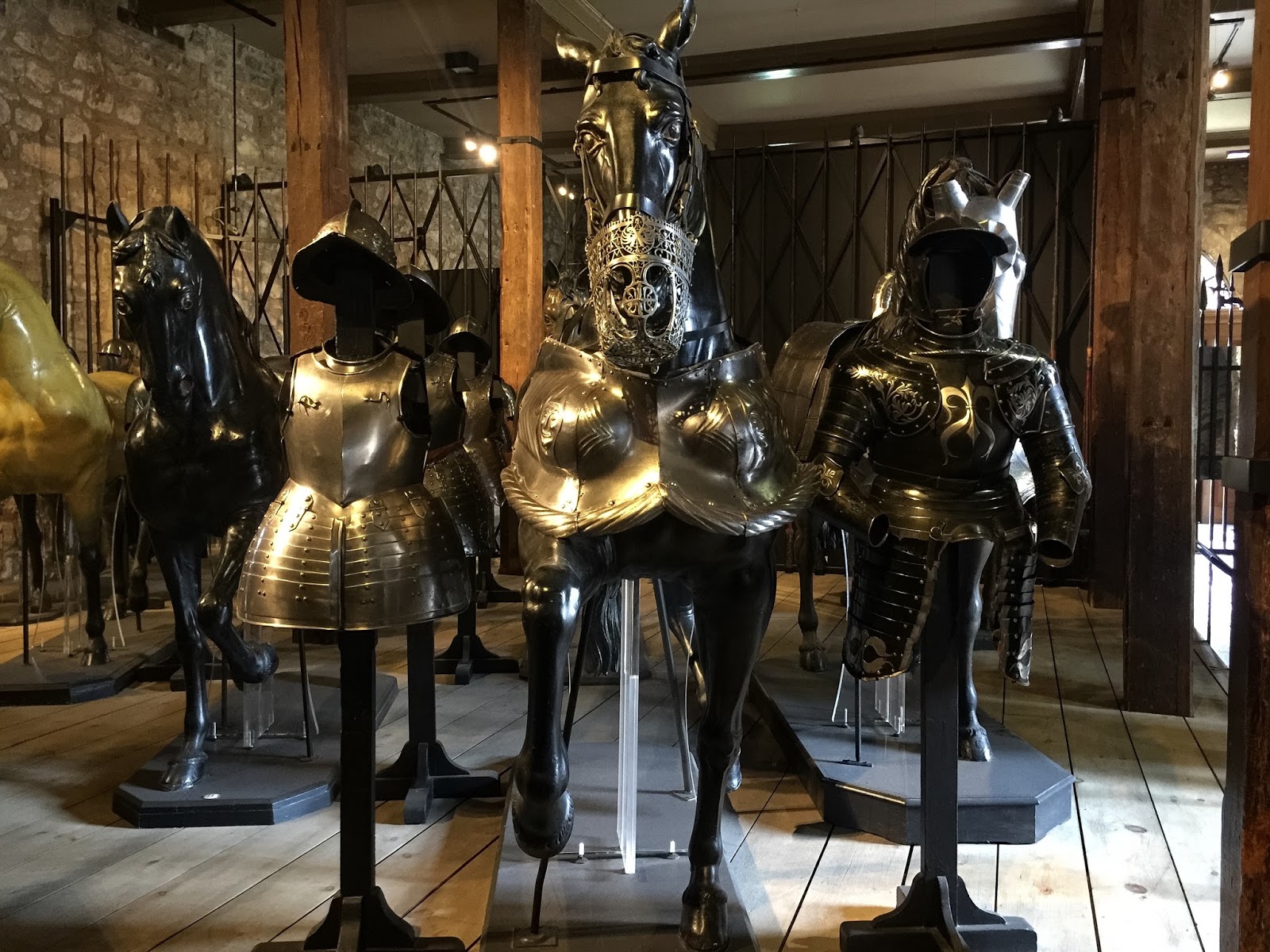 8. Step back in time at the Tower of London

The White Tower (which gives the castle it’s name) was built by William the Conqueror in 1078 and has been used as a prison as well as a Royal Residence over the centuries. The Tower is also the home to the Queen’s Crown Jewels, there are so many millions of dollars in beautiful jewels, it’s unbelievable.

The historic Beef-eaters are responsible for guarding the jewels, as well as acting as tour guides for visitors. While it’s easy to assume they are just hired to be tour guides they are actually personally chosen by the royal family and are required to have at least 22 years of service in the Armed Forces.

If you’re visiting the Tower of London you definitely need to jump on a tour with one of these guys, they know absolutely everything and tell such great stories about the history of the Tower.

Book now: Tickets to the Tower of London 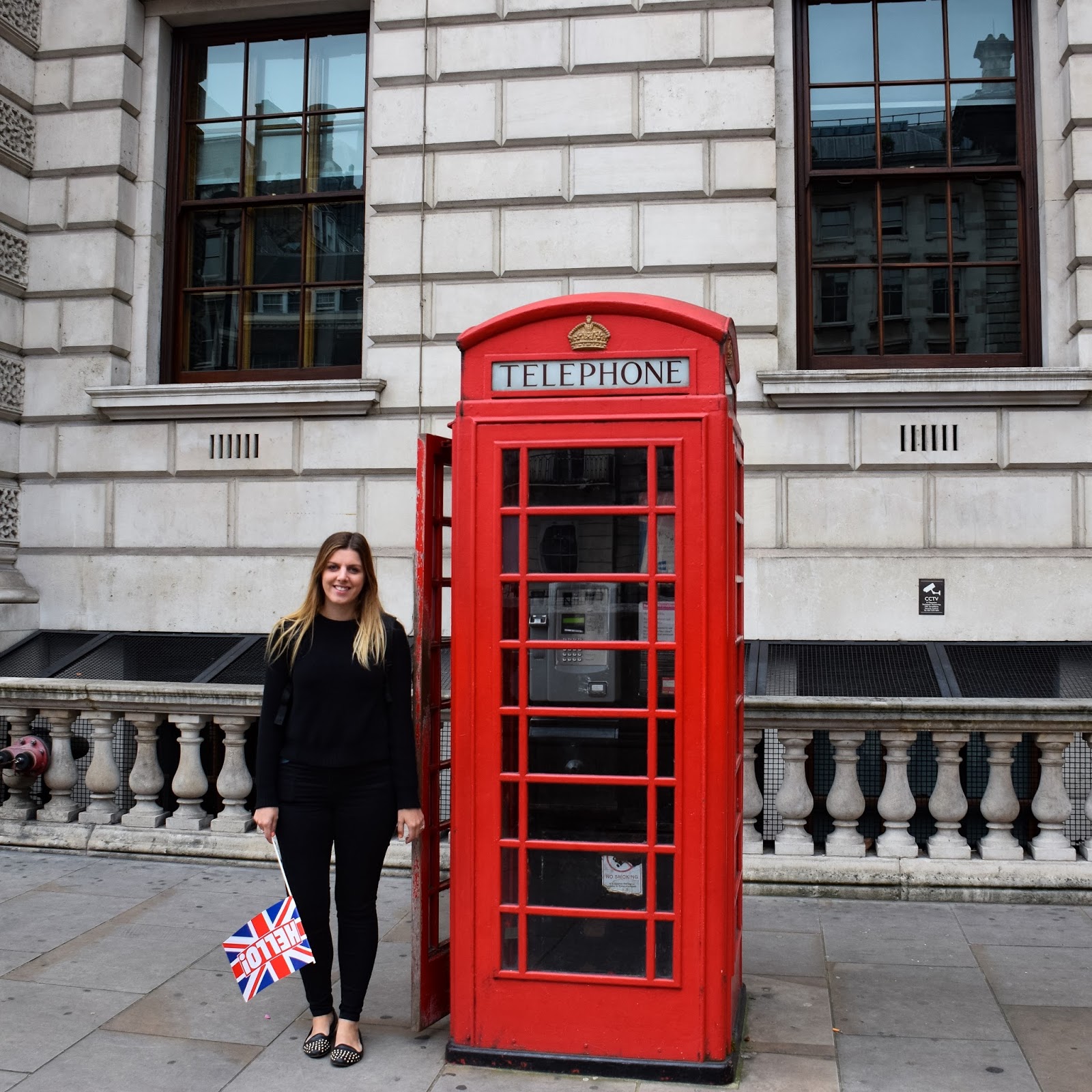 Did you even go to London if you didn’t get a picture with a red phone box?! Or a selfie with Big Ben or the London Eye? Or even a selfie with a palace guard in the background.

Make sure you take heaps of iconic London tourist photos everywhere you go. I probably didn’t take as many as I wanted to, mainly because it was always raining so my hair was always ruined and my make up running.

But it’s London right, the weather is a bit shit more often then not and you can’t let that get in your way.

READ MORE:
Where To Stay In Europe 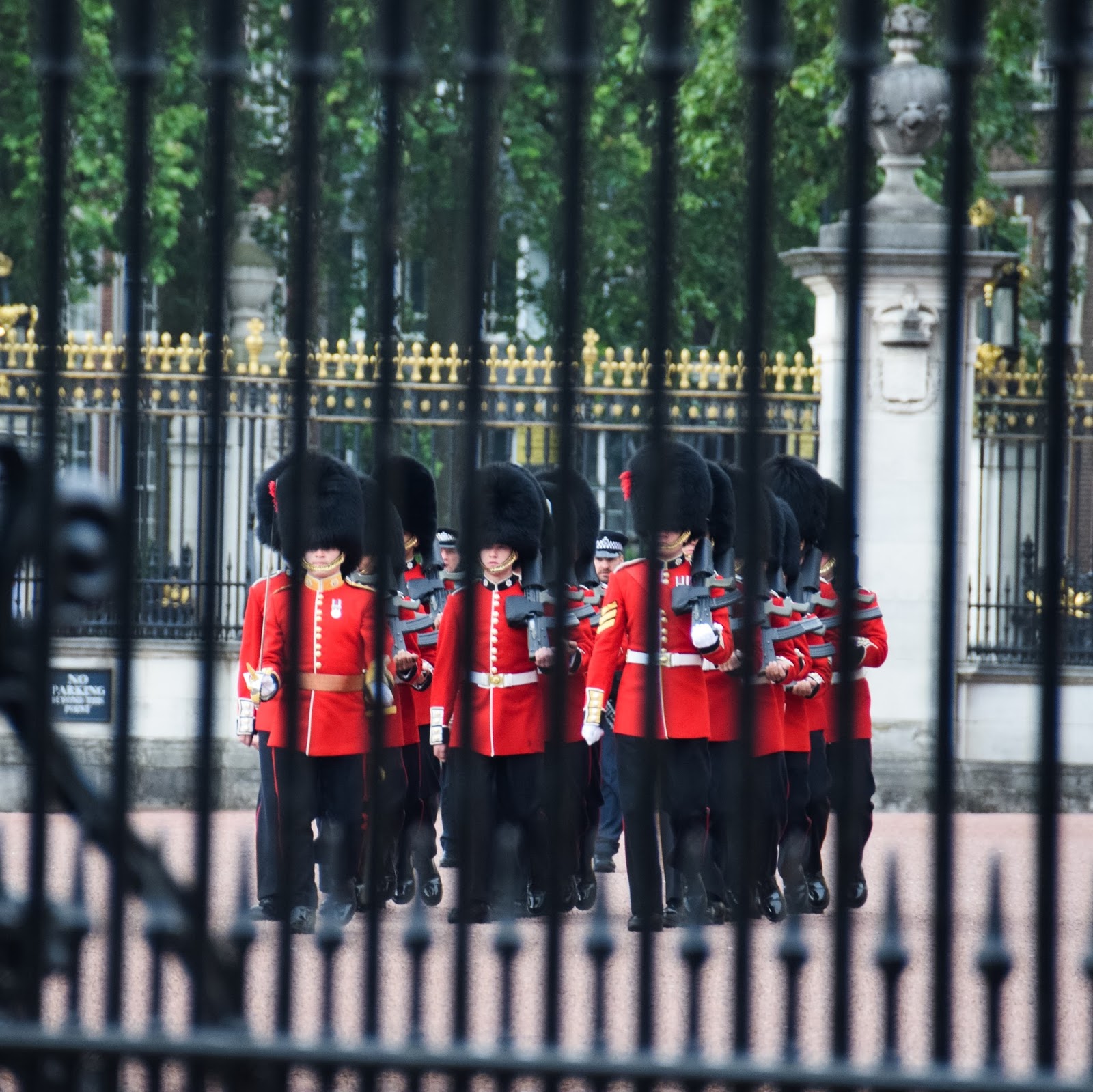 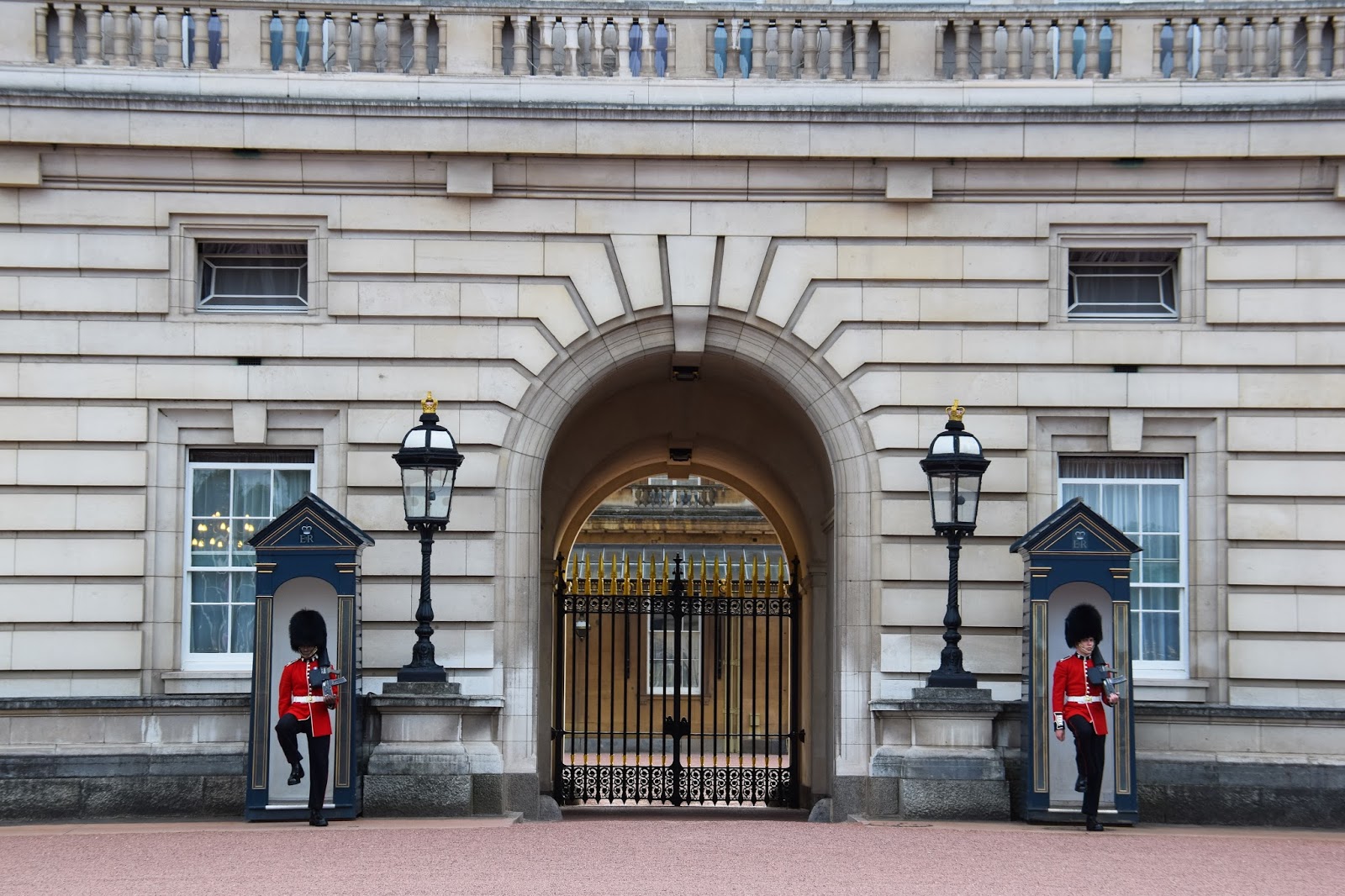 10. Check out the changing of the Guard

The Changing of the Guard at Buckingham Palace is the ceremony where the old guards hand over the responsibility for protecting the Palace to the new guards. The changing of the guards is quite a spectacle and well worth watching if you’re around at the time.

While we were there the traditional changing of the guard did not happen because it was the Queens Birthday weekend, so there was lots of people going in and out of the Palace and setting things up on the roads and gardens around the palace for the birthday parade and celebrations.

During the warmer months the changing normally happens everyday, with alternating days in winter, but make sure you check online before you go to make sure you don’t miss out. 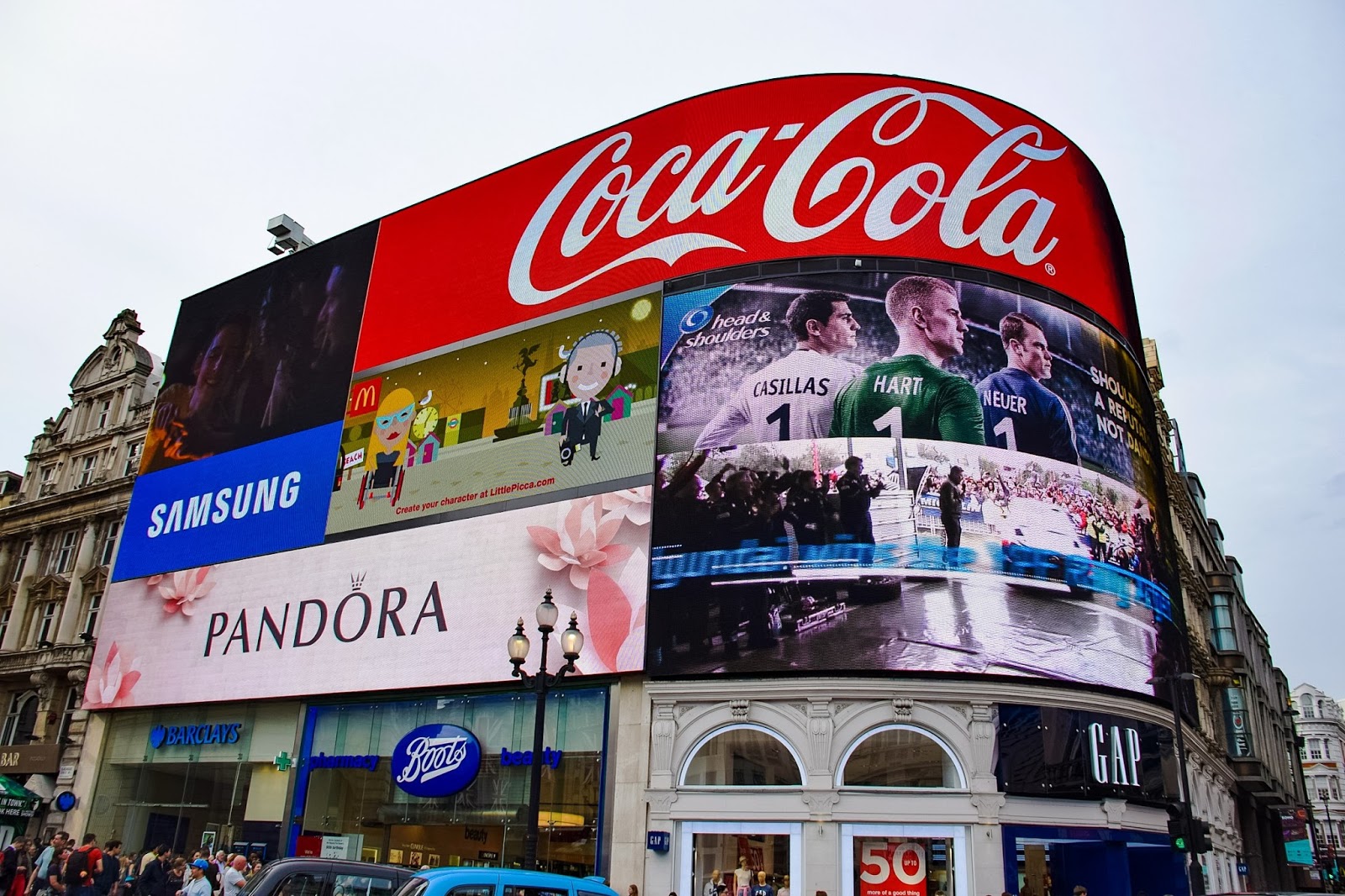 It’s funny to think that at one point in time (a very long time ago), the illuminated signs that lit up Piccadilly Circus were some of the world’s first digital signs and one of the largest displays of neon signs.

When you think about crazy places like Times Square in New York City and Tokyo in Japan, these signs don’t even come close to comparing. However, Piccadilly Circus is still a historic and vibrant place to visit in it’s own right. 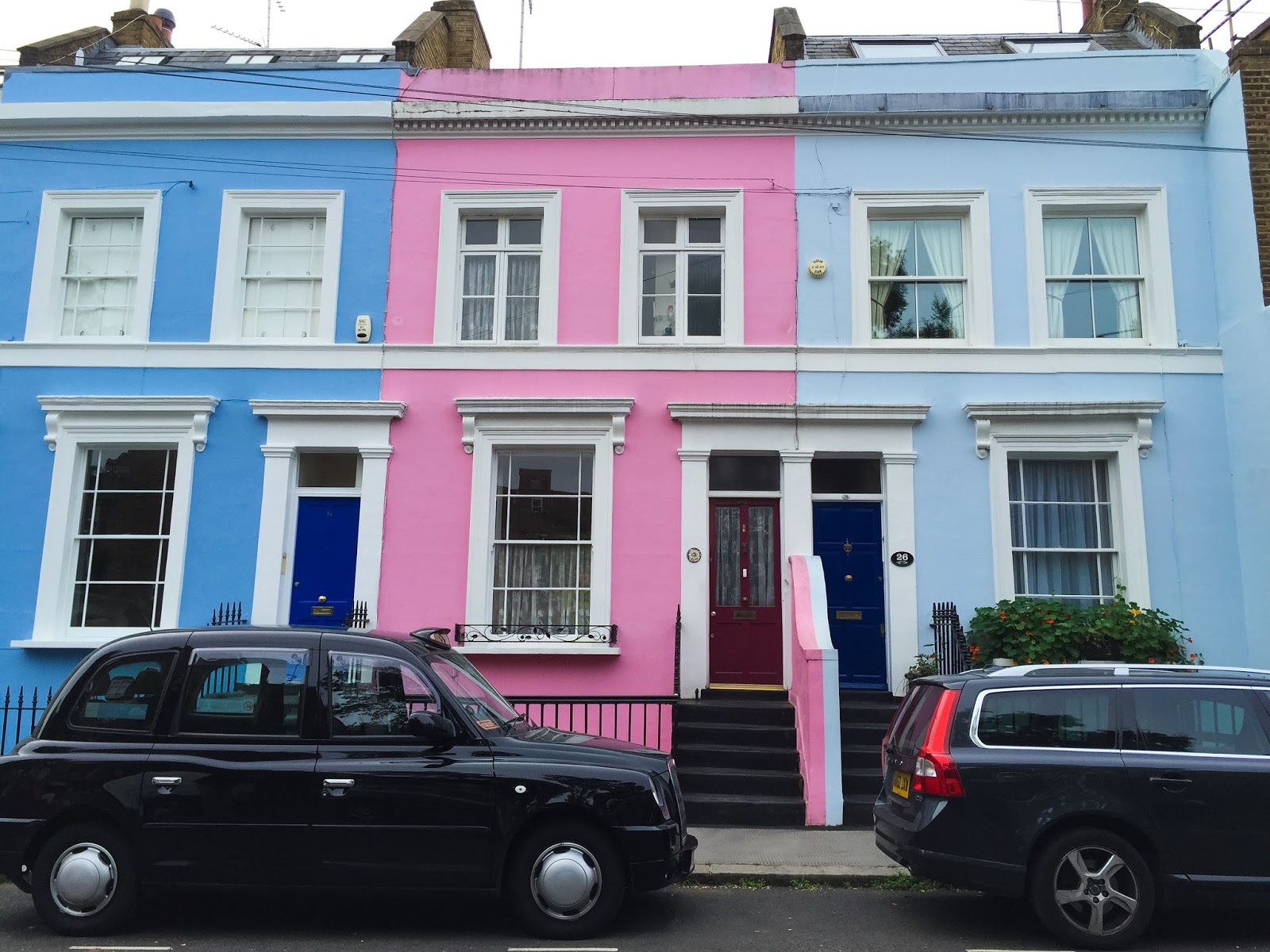 12. Check out the colourful houses, pretty streets and sidewalk markets in Notting Hill

Notting Hill is one of London’s most high-end suburbs with world famous events, restaurants, galleries and theatres. The suburb is full of colourful ting houses covered in beautiful greenery and is also the home of London’s most popular markets.

Portobello Road Market is the world’s largest antiques market with over one thousand dealers selling every kind of antique and collectible you could imagine.

Check out the best places to stay around Notting Hill 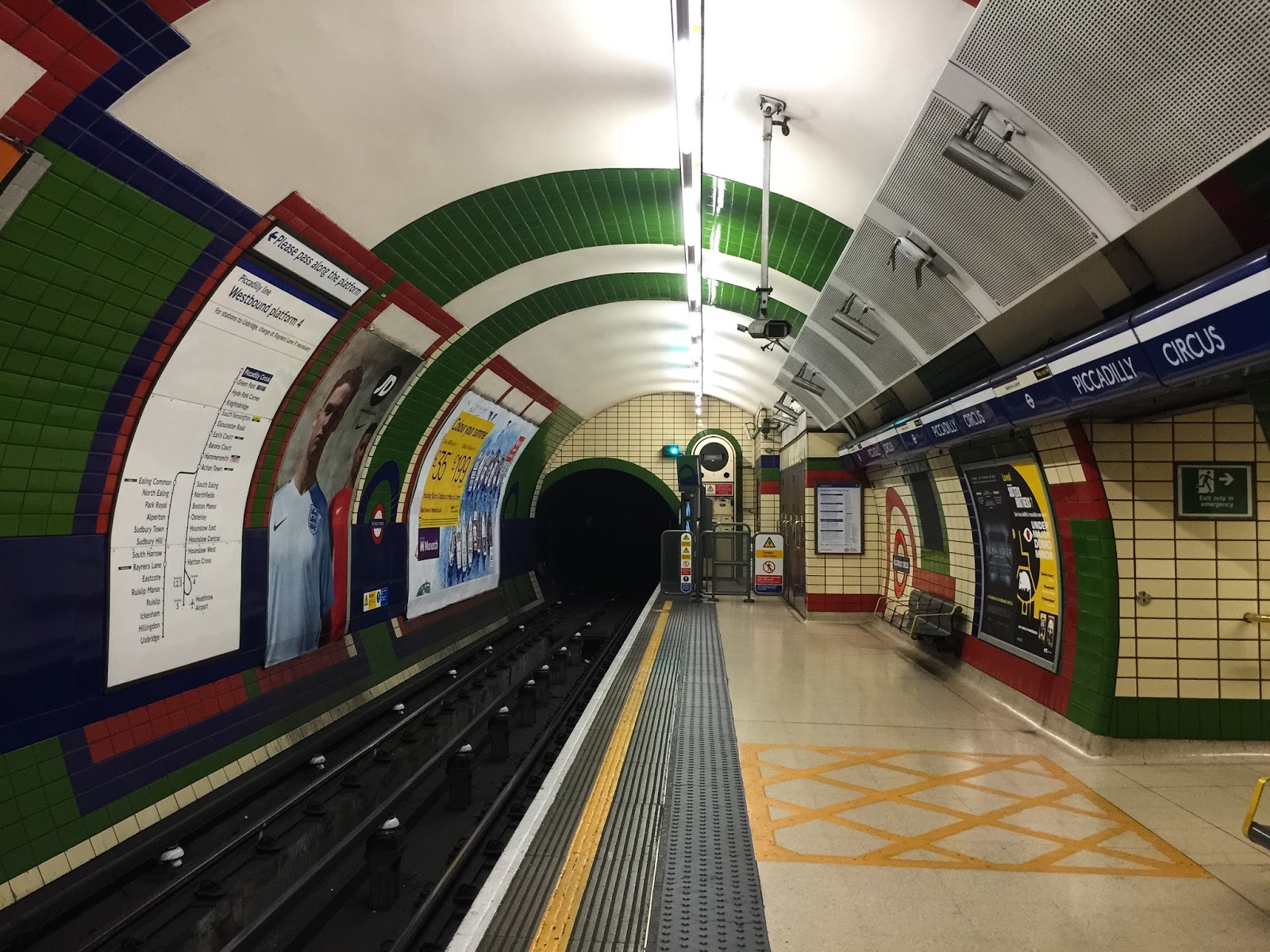 13. Catch the tube all over the city

One of the best ways to get around the city is on the tube. Trains arrive every couple of minutes and are so speedy and easy to navigate, there’s really no other way to do it.

Grab yourself an Oyster Card which you can easily top up on the go and enjoy getting around the city on the underground. 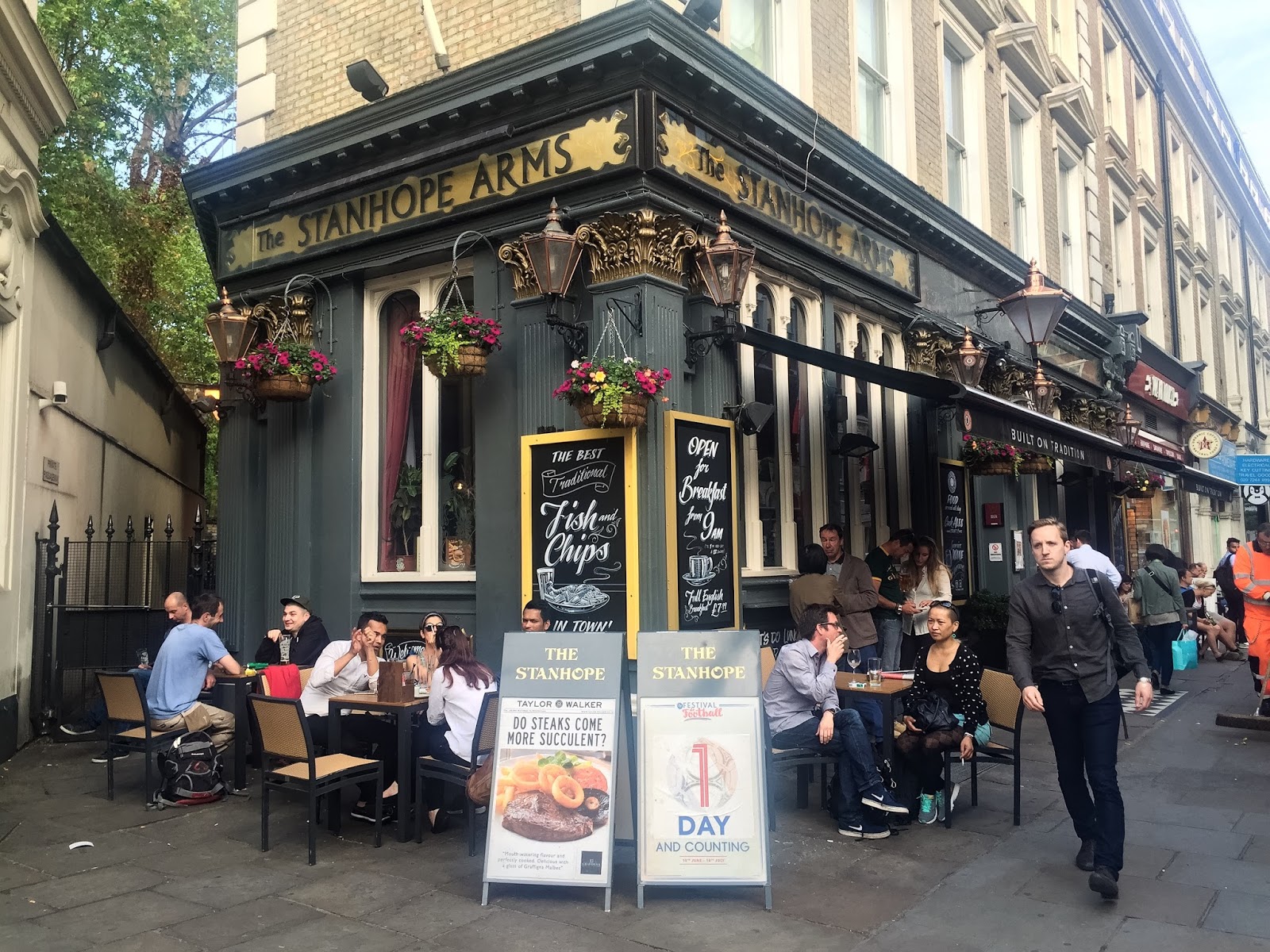 Make sure you visit a traditional English pub for some of the best food you will find around town. You can’t go wrong with fish and chips or a steak and mushroom pie with mash and a nice cold beer after a long day of exploring London.

While we were visiting London the Euro Cup for Soccer was on, so the pubs were overflowing with locals watching the soccer and celebrating with their mates.

READ MORE:
How To Use Your Frequent Flyer Points To Fly For Free 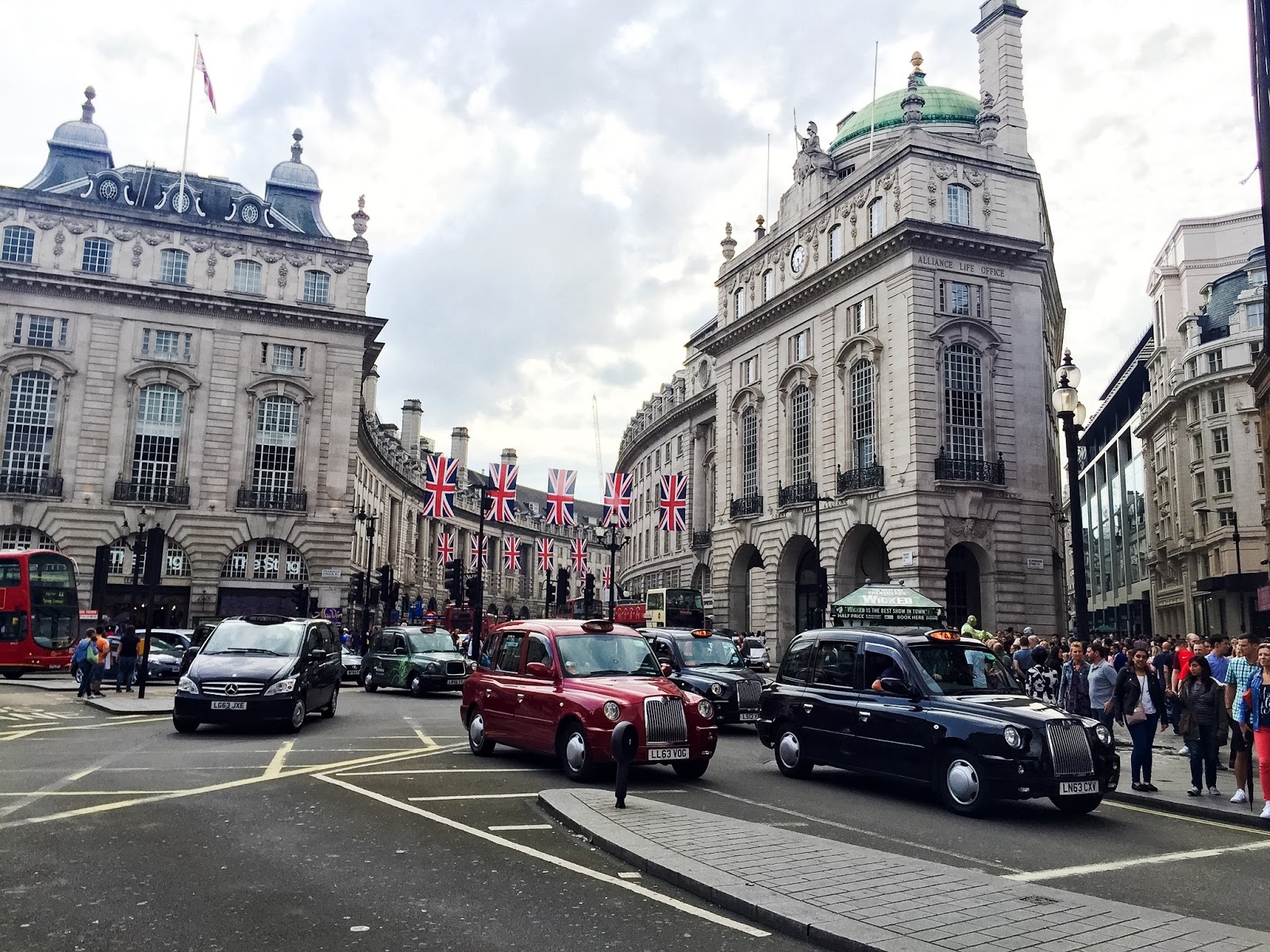 15. Get out of the city and experience more of the English Countryside

If you have more than a few days in the city why not get out and explore some of the beautiful English countryside. There are heaps of options that are a quick drive or train ride out of the city, with some of the most popular options being Windsor Castle, Stonehenge, Oxford and Bath. You can often find a tour that include multiple stops.

Explore all of our adventures around England 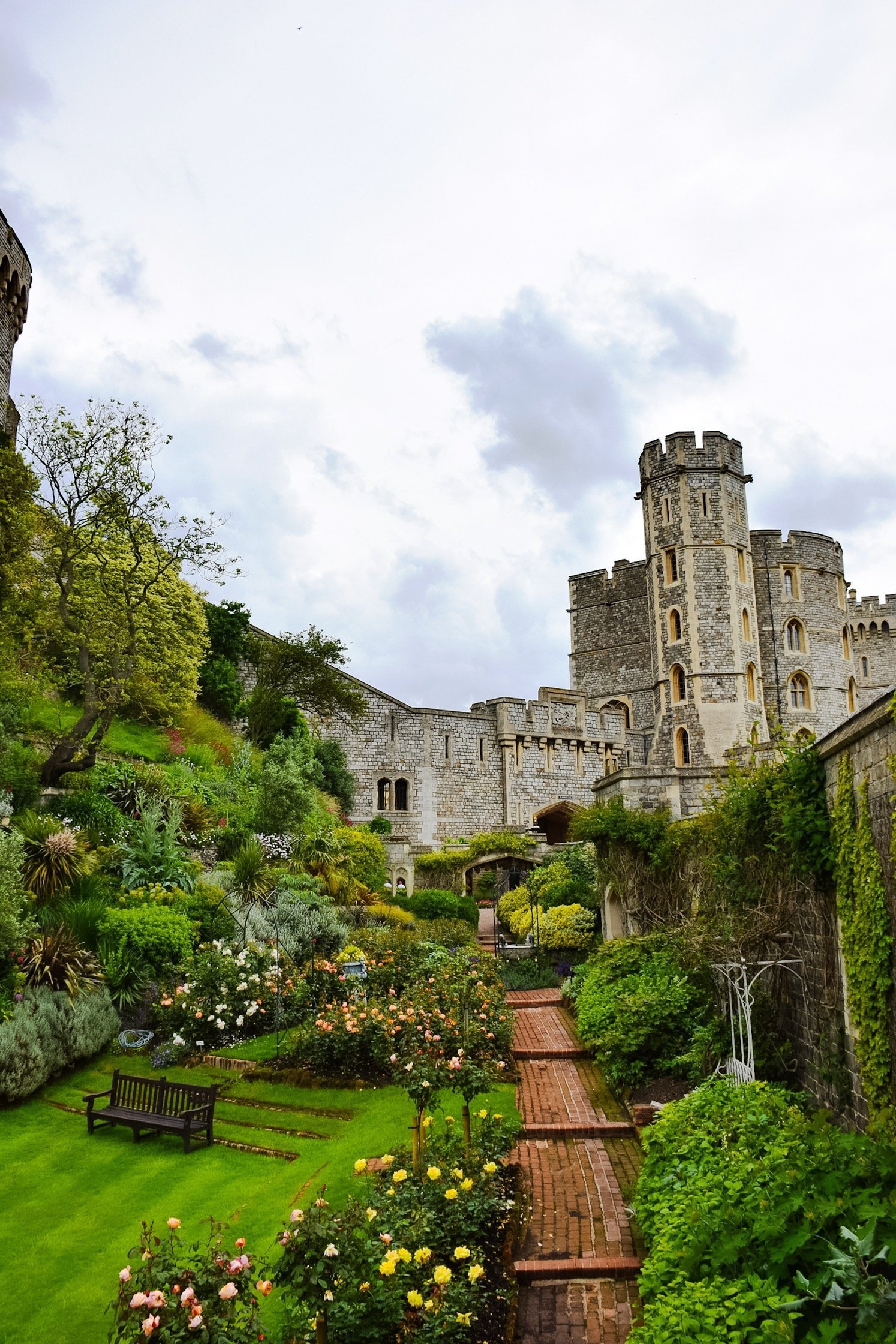 A Guide To Visiting Windsor Castle