Travel back in time with one of the most unique and distinctly Aussie road trips you might ever take, along the Golden Quest Discovery Trail in Outback Western Australia.

After three days driving across the Nullarbor we arrived in Norseman, seemingly the gateway to Western Australia if you’re travelling by road from over east as the locals call it. From Norseman you have a decision, you can either head north to Kalgoorlie and the Goldfields region, or south to Esperance and the south-eastern coast of Western Australia.

The weather we looking pretty average on the coast when we arrived at the end of the Nullarbor, so we decided to head up north towards Kalgoorlie first, hoping to let the bad weather pass down south by the time we arrived. We had first wanted to come to Kalgoorlie to check out the infamous super pit, but after arriving we realised that there was actually so much more to explore in this remote part of WA than just Kalgoorlie. So we set off on a last minute road trip to explore the Golden Quest Discovery Trail, taking us into the heart of the Goldfields region and some of the richest land in Australia.

Depending on how much time you have, you could explore this trail over just a couple of days, or spend a whole week exploring the crazy outback towns and hidden gems that sit along this trail. Here are our top highlights from exploring the Golden Quest Discovery Trail:

Our adventure began and ended in a loop from the outback city of Kalgoorlie-Boulder. We decided the easiest way to see as much as we could was to check in to a caravan park, leave the van behind and give the car a break from towing.

This unique town is the hub of the outback, home to some of the state’s richest soil, the country’s oldest brothels and the world’s biggest open cut gold mine. It’s the real wild wild west, the gateway to the Golden Discovery Trail, and home to some of the most unique places in Western Australia.

While you’re in Kalgoorlie make sure you check out:

READ MORE:
A Guide To The Best Things To Do In Kalgoorlie From Kalgoorlie we drove straight out to Leonora, about three hours north into the WA Outback. Out here is absolutely Road Train Country, with some of the biggest, longest trucks I have ever seen driving past as. We saw trucks with up to four tanks on them! Can’t even imagine how much those big boys would have weighed.

Leonora was a cute but very quiet down. There buildings were historic and well kept, with some dating back as early as 1869. The grass in the playgrounds was immaculately well maintained. Because we visited on a Sunday, everything bar the petrol station was closed. However, it is an RV friendly town, with a supermarket, many hotels, pubs, a caravan park and even an aquatic centre.

We also seemed to visit on clean up Australia day, and lots of people were out and about with garbage bags, picking up any rubbish they saw along the streets. The care for their community shows, the town was lovely and clean.

Check out the best places to stay in Leonora Just around the corner from Leonora is a very interesting little place. Gwalia Ghost Town is quite literally a real life ghost town. Once the second largest gold mine in Western Australia, with the first state hotel and second public swimming pool ever built, the whole town was seemingly abandoned almost overnight after an accident caused the gold mine to close down.

The people of the town literally moved out in the middle of the night, leaving half of their belongings behind, pots on the stove, clothes on the line, in an attempt to get to the next mine and secure a job before their neighbours. In just three weeks after that accident the whole town was completely deserted.

The ghost town has been well kept and preserved and you can wander through the houses exactly as they were left in the late 1960s. There are cars that have rusted over in the driveways, tool sheds that were abandoned in the middle of a project. It’s very interesting to see not only how the miners lived at that time, but also how the urgency of their departure left the town completely empty. Lake Bellard is just a spectacular sight to visit. A large lake, about 51 kilometres out of Menzies in the middle of the Outback, with pinky red soil and parts of the lake that are so dry the earth is literally cracked and open. We couldn’t believe the colours we were seeing as we stepped out of the car.

The big draw-card of Lake Bellard is that it’s also home to one of the most remote art exhibitions in the world, Inside Australia. Across the lake you will find 51 kind of creepy statues that were created by the artist Sir Anthony Gormley, and are meant to represent residents of Menzies. It’s a long walk if you want to visit all 51 of the statues, with most people just visiting the ones closest to the small island in the lake. The lake is actually such a weird texture. Some parts are extremely dry, while other parts are muddy and sticky. If you’re walking on the lake in thongs make sure you step carefully to avoid your thongs getting stuck. Thom managed to do an impressive double thong blow-out in two steps, and while it was incredibly hilarious and entertaining for me, he is lucky that he didn’t end up on his butt in the mud! If you don’t mind your feet getting muddy, sometimes walking barefoot is the best way to tackle this terrain!

Lake Bellard is a great place to stay as well, with free camping allowed on the banks, toilet and picnic facilities available, as well as a dump point. It’s also considered a wonderful place for stargazing into the dark night sky, so if you’re staying the night here make sure you check out the stars above. On our way back to Kalgoorlie we stopped in at Broad Arrow Tavern for a late lunch. This pub has made itself famous by allowing it’s visitors to sign their name on their walls and doors, leaving almost every spare wall in the pub covered in names, signatures and people leaving their mark. Even in the bathrooms there is not a clean piece of wall, with people even signing their names on the ceiling!

Broad Arrow Tavern is definitely a place that is favourited by the locals, with many of them arriving while we were there on muddy dirt buggys, having spent the day driving through the dirt roads and puddles from the recent downpour. They are famous for their burgers, which are incredibly large, it will keep you full for hours. As we were leaving Kalgoorlie we decided to make a little detour on our way down to Esperance, to check out the famous Wave Rock. Leaving the Golden Quest Discovery Trail and heading into the Wheatbelt region on Western Australia, we took the Emu Fence Track short cut between Kalgoorlie and Hyden to make the trip a little quicker. We didn’t see anyone else on this road, but despite it being a dirt road it was completely perfect. Excellent conditions and a smooth drive all the way to Hyden.

Wave Rock stretches for 100 metres and stands 15 metres tall in the distinct shape of a wave about to break over the bush land. With all different colours streaking through the rock, it’s really a very impressive sight. A walking trail will take you over the top of the rock, for views over the surrounding bush land, as well as the township of Hyden and the salt lakes in the area.

It costs $12 per vehicle to park at Wave Rock, which acts as an admission fee to help keep the region clean and maintained. While you’re there you can also check out the Hippos Yawn rock formations, as well as the Breakers picnic area. Toilets are also available on site. Just around the corner from Wave Rock, Magic Lake is a small man-made lake, with water that is so salty you can literally float in it. It’s the perfect way to cool down on a hot day after exploring Wave Rock and hiking around the region. You can drive straight up to Lake Magic, and often you will find that you have it all to yourself.

READ MORE:
Can You Take A Caravan On The Oodnadatta Track? So there you have it, our first adventure in Outback Western Australia and around the Golden Quest Discovery Trail. There is so much history to be found in the Goldfields and it’s truly interesting to see how gold has always ruled the region, with locals going where the gold is. For the best experience make sure you get out and explore a little further than just Kalgoorlie, it really is the real wild wild west out here.

Explore more of our adventures around Western Australia 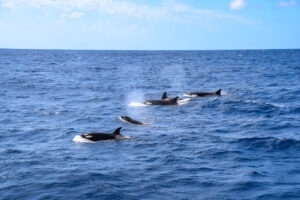 Where To See Orca Whales In Australia 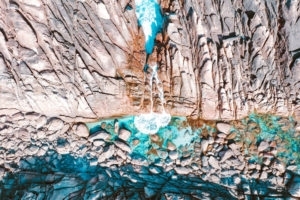 Best Things To Do In Yallingup

A Complete Guide to Rottnest Island