They have been all over the media in the wake of the horrific Kangaroo Island bushfires, as the go-to place for injured wildlife from around the island. They have fought off fires coming at them from every direction and survived, keeping their 800 plus animal residents safe in the face of grave danger. They have raised more than 2 million dollars in a Go Fund Me campaign, to help them care for and house the increasing number of animals that have been rescued from around the island and dropped on their doorstep.

And yet, if you visit the wildlife park without watching the news you might not even realise what an ordeal this little park has gone through in these early days of the new year.

At the KI Wildlife Park it’s business as usual, re-opening their doors to visitors late last week, and trying to go about business as close to usual as they can. If you have been following the bushfires on Kangaroo Island, you would have read all about how close this important wildlife park came to the fires. In fact, January 9th had everyone holding their breath, as rapidly changing winds had the fires charging at the park from all directions.

Sam Mitchell, one of the owners of the wildlife park, along with four others, stayed all night to keep the park safe and defend the property and animals from the fires. Luckily they came out of that night safe and undamaged, however when you’re driving to the wildlife park you can see just how close the fires came to them. The remnants of fire surrounds the park. They were incredibly lucky.

Now, the KI Wildlife Park is back open for business, re-opening their doors last Thursday after being closed for a week to deal with the influx of injured and rescued animals being dropped on their door.

Visiting the park is a must do for anyone heading over to Kangaroo Island. Home to more than 150 native Australian species, making up over 600 animals, the Kangaroo Island Wildlife Park is one of the best wildlife parks we’ve visited around Australia so far.

Their exhibits are large, open and homely for the wildlife. Their resident animals are very active, often awake and moving around during the day, engaging with their visitors throughout the day. They offer interesting and insightful keeper chats and presentations, and give you countless opportunities to get up close and personal with the animals, for experiences that only a smaller wildlife park can offer.

One of the things we love about the KI Wildlife Park is that it is truly all about Australian wildlife. Every enclosure is home to animals that are native to Australia, and yet the park feels so much bigger than you would expect.

READ MORE:
20 Things To Do On Kangaroo Island There are three large koala enclosures, where you can see lots of koalas very closely. Across the three enclosures there are at least 15 or more koalas, including babies most of the time, which I could literally just watch for hours.

There is a huge resident wombat, with great viewing opportunities, even if he is in his burrow during the day. When we visited there was also a baby wombat curled up on the floor of one of the koala enclosures!

At each end of the wildlife park there are also open range enclosures that you can walk in to, offering feeding opportunities with lots of friendly kangaroos and wallabies. You can buy a bag of kangaroo and wallaby food at the counter for just $2 which is made for their diets and they absolutely love.

During our visit the kangaroos literally couldn’t have cared less about us, didn’t even look up from their naps, but the wallabies LOVED us. They were not shy to come right up to you and literally open up your fists to see if you have food inside! Be prepared to be swamped in there, once one comes, the rest seem to follow.

Around the park you can also meet crocodiles, quokkas, penguins, ostriches and emus, falcons, dingoes, rainbow lorikeets and all kinds of birds, as well as western grey, red and albino kangaroos just to name a few. There is even a super cute guinea pig enclosure, which we have never seen anywhere else!

They even have a cockatoo that will very clearly say hello to you! Not going to lie, it did creep me out a little bit. Check out my KI highlight on Instagram to hear it for yourself. One of the best ways to spend your time at the park is to check out some of the wildlife presentations and activities that are on throughout the day. The staff at the park are extremely knowledgeable and have so much insight into their animals and how they go about their daily life both in the park and as a species in the wild.

Plan your visit to make sure you can fit in as many of these presentations as possible:

* These times were correct as of the time of writing this article in early January, 2020. Grab a park map for up to date presentations and show times on the day of your visit.

READ MORE:
Hanging Out With The Locals at Seal Bay Conservation Park Up close with the koalas

One of the best parts about KI Wildlife Park is that they give you the opportunity to get up close to the koalas three times a day, for no extra charge.

At the allocated ‘up close with the koalas’ times throughout the day, you are invited to enter the koala enclosure, giving you the chance to meet some of their cutest animals and give them a little bit of a pat.

The presentation begins with one of the keepers giving us a little bit of an insight into the koala population on Kangaroo Island. Obviously, due to when we visited, we were told a little bit about how the fires had impacted the koala population on Kangaroo Island, as well as how the park had been trying to support the injured wildlife being dropped off to them.

The koala population on Kangaroo Island is considered one of the most important in Australia, as the koalas here are completely disease and chlamydia free. In the 1920’s, a small group of just 18 disease-free koalas were taken from French Island in Victoria and introduced to Kangaroo Island, to try and grow a declining population that had suffered due to hunting for the fur trade.

From such small numbers, the colony has now grow to an estimated 50,000 koalas across the island. Unfortunately, the current reports are stating that up to half of the koalas on Kangaroo Island may have been wiped out in the recent fires. It’s amazing to be able to go into the koala enclosure and get unobstructed views of these cute little animals. Most of the koalas in the KI Wildlife Park are absolutely thriving, and there were two little baby koalas just in this main koala enclosure alone.

The keeper gives you a bit of a history of each of the koalas you’re going to meet, including their names, where they have come from and what the parks hopes are for each of the koalas in terms of whether they can be released into the wild again after being rehabilitated.

He also let us know which of the koalas to stay away from, as they didn’t like interaction from anyone (including other koalas, yep we did witness a koala fight), as well as the best way to approach and interact with the koalas. Just before letting us into the enclosure, the keepers give the koalas lots of fresh branches of gum leaves, so they are particularly active during the presentation time, all waking up to have a bit of lunch and a feed on some fresh leaves.

I fell particularly in love with this cute little baby who was having fun cheekily swinging upside down on his tree branch. When he reached out towards me I just have to give him my finger to grab on to. Honestly, made my heart melt. Just so beautiful.

For the ultimate koala experience you can also book in to cuddle a koala for an additional fee. They have designated time slots throughout the day when you can hold a koala, so you can make your booking for either 11am, 2pm or 4:30pm.

READ MORE:
Where To Hug A Koala In Australia Donate to the Go Fund Me

Since the beginning of the Kangaroo Island bushfires late last year, more than 100 koalas as well as all kinds of other wildlife have been dropped at the KI Wildlife Park for emergency medical care and housing. This has put considerable strain on the park and it’s owners, as they need to build new infrastructure and medical facilities to deal with the dramatic increase of injured animals.

When they started their Go Fund Me campaign they were hoping to raise just $15,000 to help cover the costs of medical supplies including pain relief, antibiotics and treatment for wounds, extra holding and rehabilitation enclosures, experienced veterinary care for the animals, as well as koala milk and supplements to help keep all the animals fed.

Due to the fires wiping out much of the koala habitats around the island, it is unclear how long Dana and Sam are going to have to provide housing and care for these animals, as they will not be able to release them until it is safe for the koalas and they have a sustainable habitat.

If you would like to donate to KI Wildlife Park you can find their Go Fund Me campaign here. All the important details you need to know to plan your visit to the Kangaroo Island Wildlife Park.

Opening Hours: Open daily from 9am to 5pm.

Admission: Tickets cost $28 per adult, with discounts for children and families.

For more information check out their website at kangarooislandwildlifepark.com

READ MORE:
Everything You Need To Know About Kangaroo Island If you’ve been following us on Instagram you would have seen our countless stories and posts from our visit to Kangaroo Island this week. The island needs your help, they need you to visit. Tourism is one of the most important parts of KI and without it, everyone on the island suffers. Plan a trip in the next couple of months to come and visit – there is still so much of the island that is untouched by fire, still pristine, beautiful and begging for visitors.

To help you get over here on a budget SeaLink KI have released $15 passenger fares to Kangaroo Island. Book by the end of February with the promo code BOOKTHEMOUT and travel by the end of June this year to take advantage of this great offer. Find out more on their website here.

Explore more of our visits to Kangaroo Island 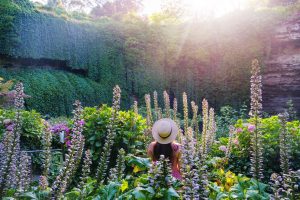 Amazing Attractions in Mount Gambier You Don’t Want To Miss 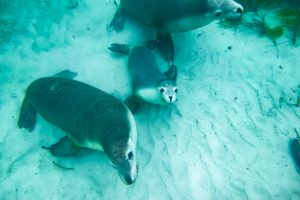 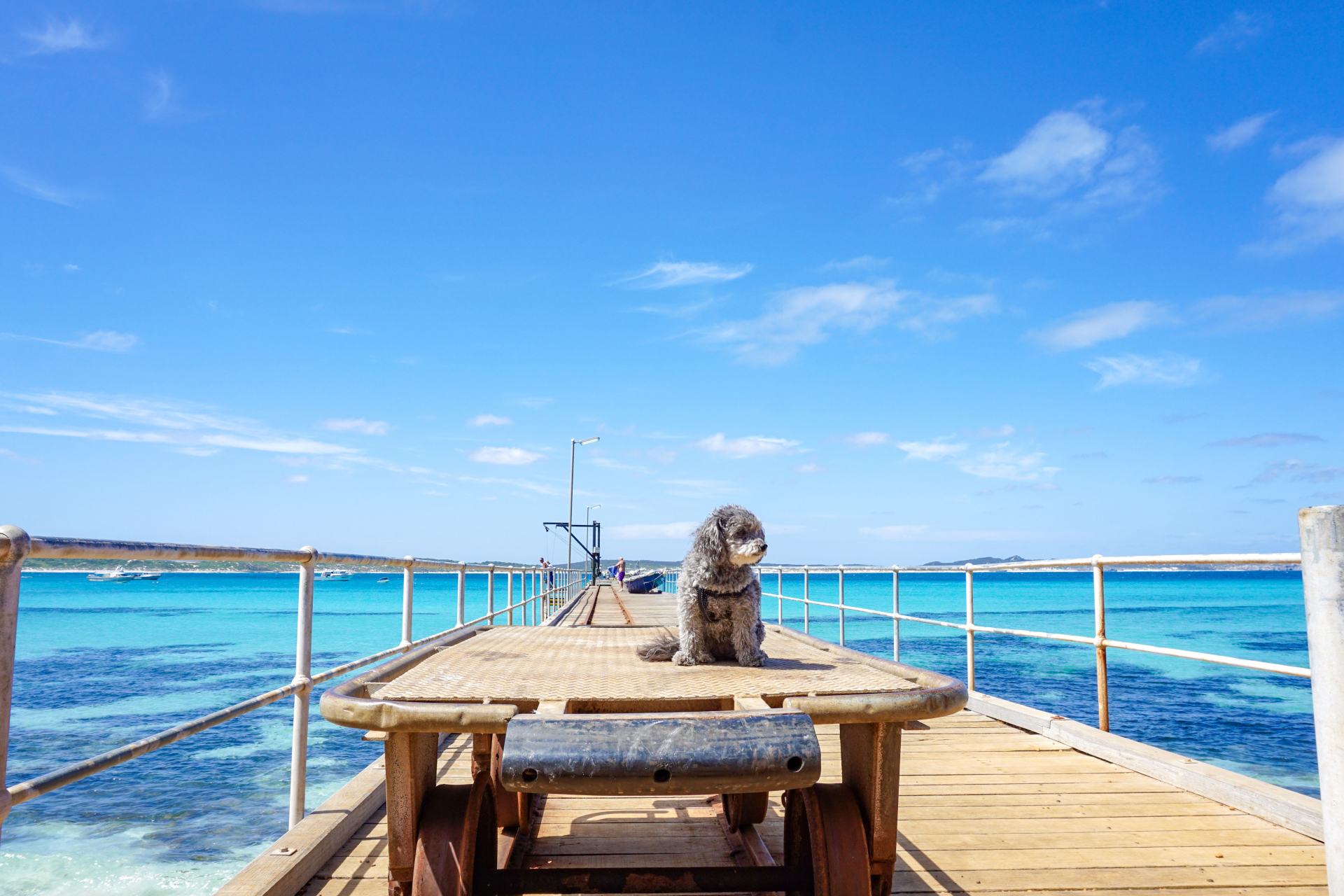 Taking Your Pets To Kangaroo Island – What You Need To Know