What can we say about Melbourne? It’s our home city, where we grew up for our whole lives. As much as we’re always excited to be on a plane leaving this city, it is always the place that we will probably always return to, feel safe in and call home.

It always seems difficult to dedicate time to exploring your own home city, because it feels like you know everything and you’ve been everywhere. But Melbourne is full of surprises, with a different culture and atmosphere down every little city laneway.

There’s always something going on here, something new to see or explore. Melbourne Tullamarine International Airport (MEL) is the main arrivals airport into Melbourne. Tullamarine is located about 30 minutes from Melbourne’s CBD depending on your choice of transport .

The SkyBus is the easiest way to get into the city, which is a direct airport bus between Melbourne Airport and the city centre offering a 24/7 ride service. A single fare on the SkyBus costs $18.75 AUD per adult, with discounts for families, and the bus also offers free wifi and connections to public transport within the city.

A taxi ride into the city generally costs between $55 and $65 AUD and takes about 40 minutes to get into the city depending on the traffic. These days Uber probably offers a cheaper fare directly into the city, so make sure you compare both services.

Some domestic flights (generally from Hobart, Sydney, Adelaide and the Gold Coast), as well as international flights with AirAsia will also fly into Avalon Airport (AVV). If you’re flying into Avalon the options are a bit more limited, although with AirAsia using the airport as an international terminal now the SkyBus has also started running between Avalon and the city. Avalon is about an hour minimum into the city, located towards Geelong and the Great Ocean Road.

Rental cars are able to be organised from both airports as well, but it’s a good idea to organise them in advance (especially at Avalon Airport) to avoid missing out.

Book your flights to Melbourne NOW! Melbourne is famous for having 4 seasons in one day. All seasons can be quite unpredictable with scorching hot days in summer, freezing cold days in winter, and a crazy mixture of sunshine, wind and rain in-between. It’s a good idea to always check the weather report before you leave the house and always be prepared for all different kinds of weather throughout the day.

If you’re not leaving the main city of Melbourne you will be able to get around everywhere by tram or train systems. Free trams run in the city centre, taking you to almost all of the top highlights in Melbourne, as well as connecting you to the major train stations and shopping centres.

To use the public transport system in Melbourne you will need to purchase a Myki card, which can be reloaded with more money to use on the trains, trams and some buses. You can no longer by single trip or one day tickets for the train in Melbourne.

If you’re planning to explore a little bit more of Melbourne and get out of the city, it’s a good idea to hire a rental car for your stay. Rental cars are relatively cheap, especially if you’re booking them for a few days, and gives you the freedom to explore more of Victoria at your own pace. Australian Dollars $. ATMs are widely available and credit and debit cards are accepted everywhere. There are very few places where you will actually need to have cash on you, with even the major markets and street food stalls around Melbourne offering eftpos facilities.

It can often be difficult to find free wifi around the city of Melbourne. Make sure to book a hotel with a good wifi offer, load up street maps and anything you might need before you leave for the day.

It can be rare to find restaurants and cafes offering wifi within the city, and even if you do it is often pretty poor quality. Our wifi game just isn’t up to scratch to be honest. Head to some of the major shopping centres such as Emporium or Melbourne Central if you’re in desperate need of the internet, there’s normally some free wifi there.

Check out the best places to stay in Melbourne

READ MORE:
25 Things To Do In Melbourne

The summer months, between December and March is absolutely the best time to visit Melbourne. In fact, January is our favourite month in Melbourne and we love spending January around our home state soaking up the good summer weather.

Days are long and the nights are warm, giving you more time to explore and offering the prettiest view with the sun jumping off everything around you.

Unless you’re looking for cold weather it’s a good idea to avoid the winter months of July and August at all costs, when it can be bitterly cold and super windy, and just unpleasant all round to be honest. In the CBD you will find Melbourne Central and Emporium, sprawling across three blocks with all the shops you could ask for. They are also the home to huge multi-story department stores including Myer and David Jones, that spread across multiple blocks, as well as movie theatres, bowling alleys, bars, restaurants and anything else you could ask for.

Head to Collins Street if you’re looking for designer shopping, with all the big names found down this luxury street in the city. Or if vintage shopping is more your thing, head down to Chapel Street in Prahran for the ultimate hipster shopping experience.

If you’re planning to get out of the city, Chadstone boasts that it’s the fashion capital of Melbourne and is the biggest shopping centre in Australia, as well as in the Southern Hemisphere. It’s had a recent renovation, making it bigger and better than ever, with some of the most beautifully designed stores we’ve ever seen.

READ MORE:
A Guide To The Markets Around Melbourne + Explore the colourful laneways in the city, overflowing with one of a kind boutiques, hipster coffee corners and all sorts of street art
+ For the best views of the city make sure you visit the Eureka Skydeck
+ In the summer months, watch a movie under the stars in the Botanic Gardens in the city
+ Grab a coffee, as many as you can really – Melbourne is known for having some of the best coffee in the world
+ Get out of the city and experience more of Melbourne and Victoria by exploring The Great Ocean Road, The Grampians or The Yarra Valley
+ Check out the festival guides to see what’s going on during your visit – from Comedy Festivals to the annual Food, Wine and Flower shows, there’s always a festival happening around the city
+ Explore the surrounding city suburbs of South Yarra, Docklands, Southbank, Prahran and Richmond
+ Melbourne is also the heart of sport in Australia so make sure to catch an Australian Rules Football (AFL) game at the iconic MCG or a game of tennis at the Australian Open if you’re visiting in January
+ Check out the colourful bathing boxes at the beaches along Mornington Peninsula, or really relax and unwind at the Mornington Peninsula hot springs
+ Shop up a storm in some of Australia’s biggest and best shopping centres, as well as the endless unique boutiques that call the laneways their home
+ Hit up Chinatown for some super delicious Asian options, especially good to visit during Chinese New Year

Good to know for your visit to Melbourne

Most of the year Melbourne definitely doesn’t live up to that hot Australia reputation, with more of a mild climate and hot weather really only showing up in the summer months themselves. It’s always a good idea to take a jacket with you wherever you go, you never know when the weather in Melbourne is going to suddenly change.

Check out all of our adventures around Victoria 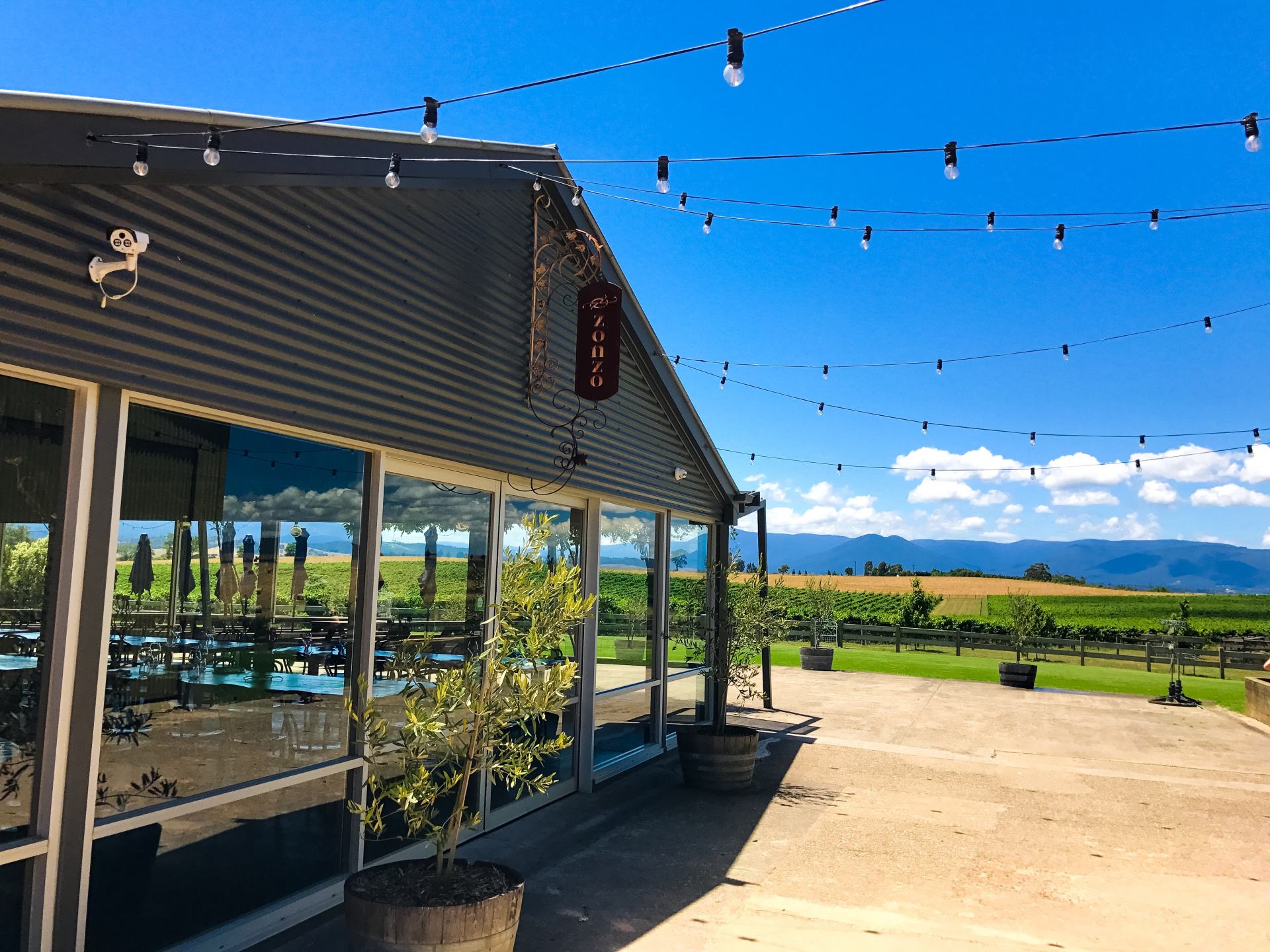 5 Things To Do In The Yarra Valley 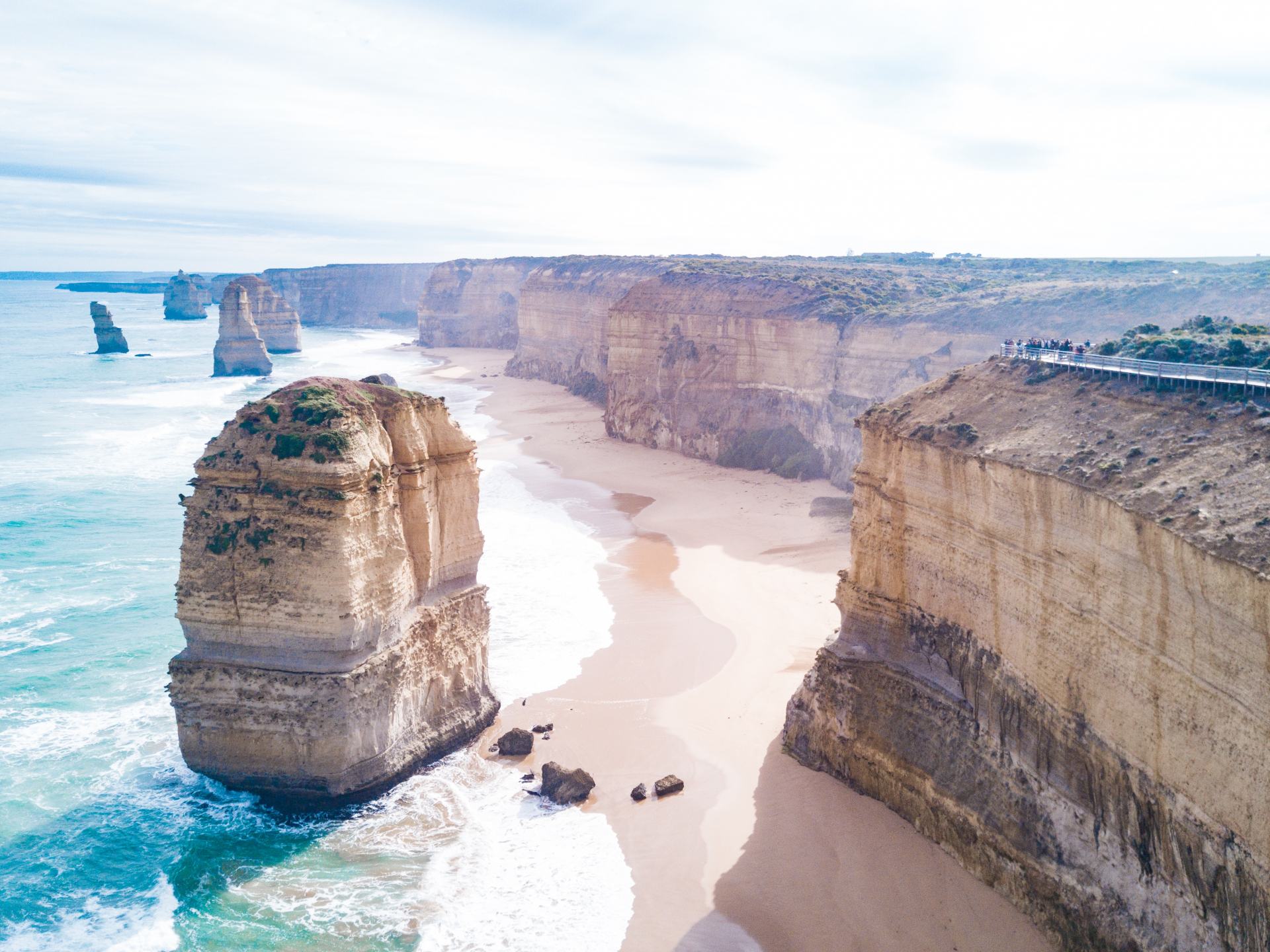 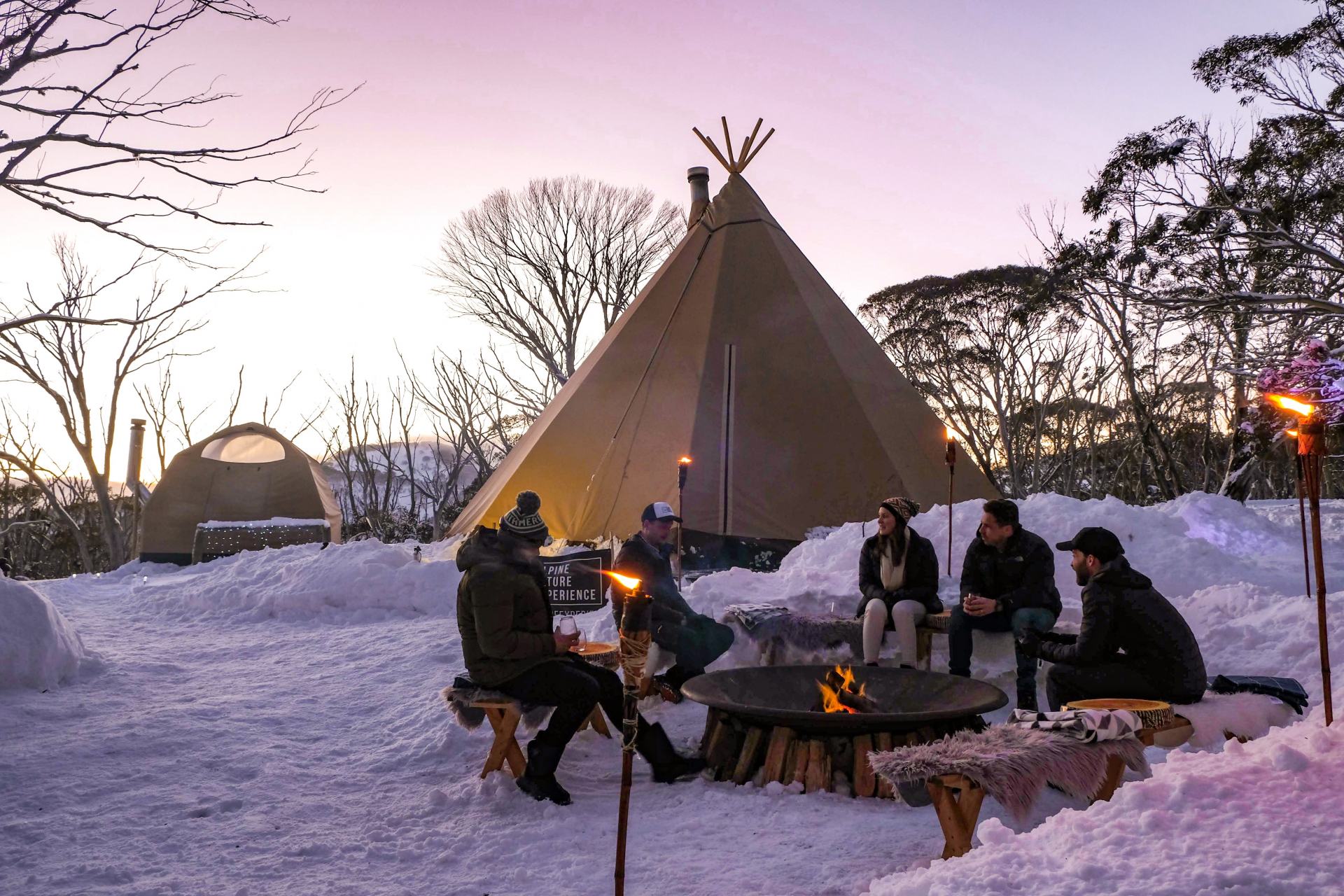 A Night In The Snow at Alpine Nature Experience