** We visited Universal Studios Orlando in August 2014. This post has been updated in July 2019 to reflect accurate information.

Here’s a bit of a nerdy fact about us. We are huge Harry Potter fans. We have seen all the movies, I have also read all the books, and when we heard about the Wizarding World of Harry Potter at Universal Studios in Orlando, we re-routed our whole USA trip to make sure there was a stop in Florida.

And boy was it worth it. 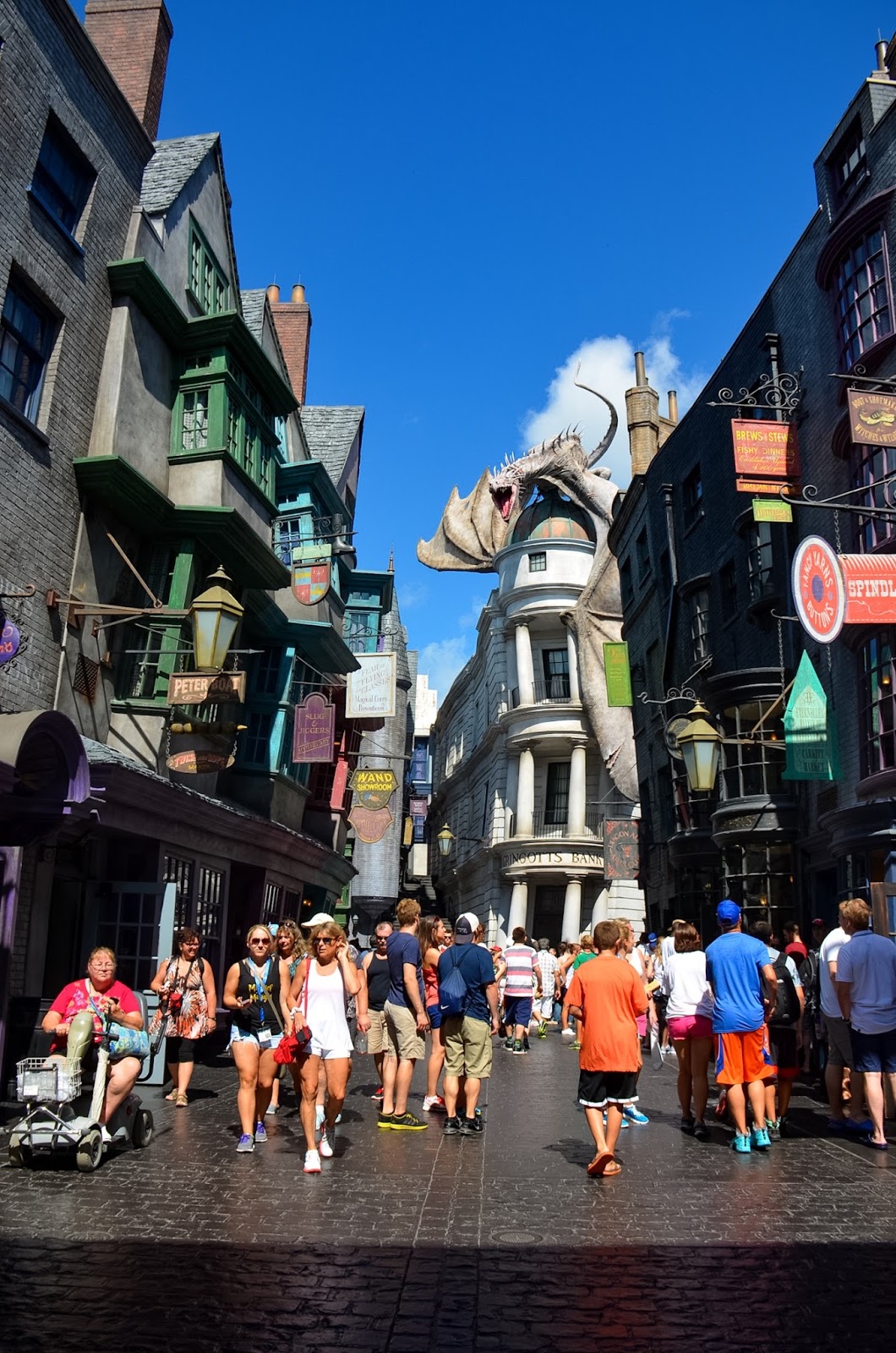 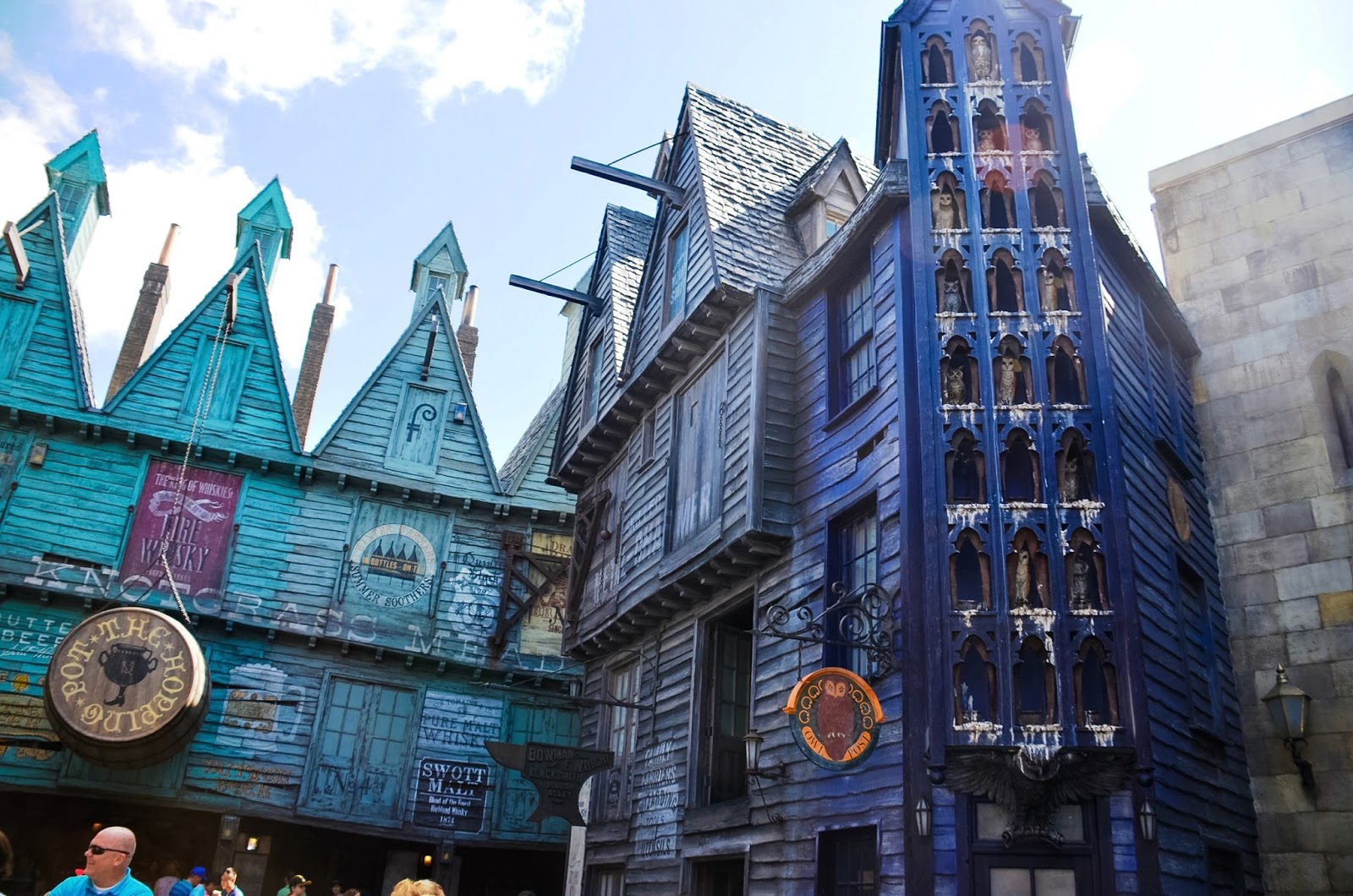 Without any exaggeration at all, it was absolutely amazing. Like you were actually in the movie and you might run into Harry, Ron or Hermione shopping for robes and wands at any time.

Check out the best places to stay around Orlando 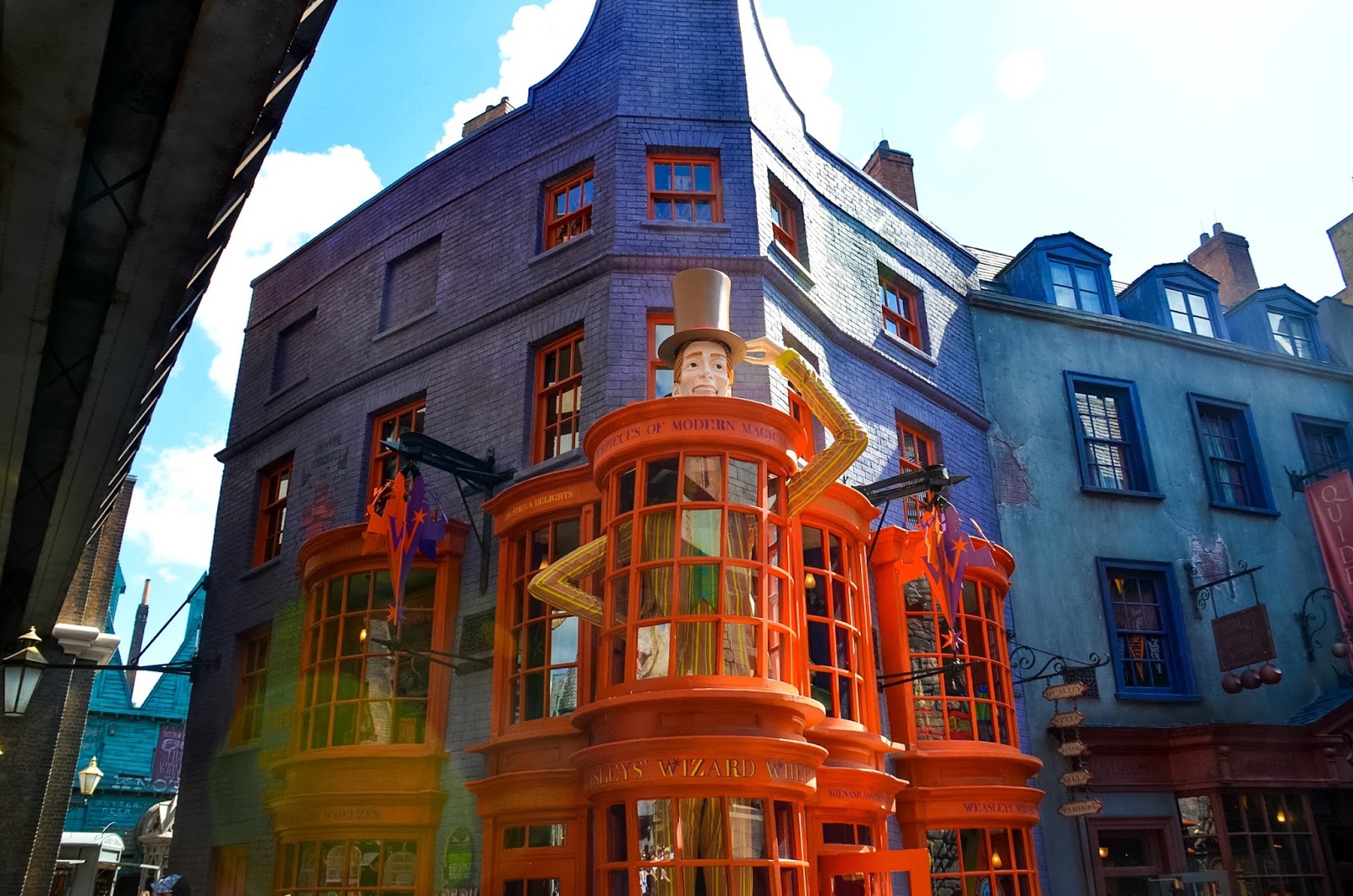 Top tips for visiting the Wizarding World of Harry Potter

As you can imagine, the Wizarding World of Harry Potter is a super popular part of the Universal Studios parks, so things can get a little bit crazy. To help you survive the day here are some of our top tips for your visit – 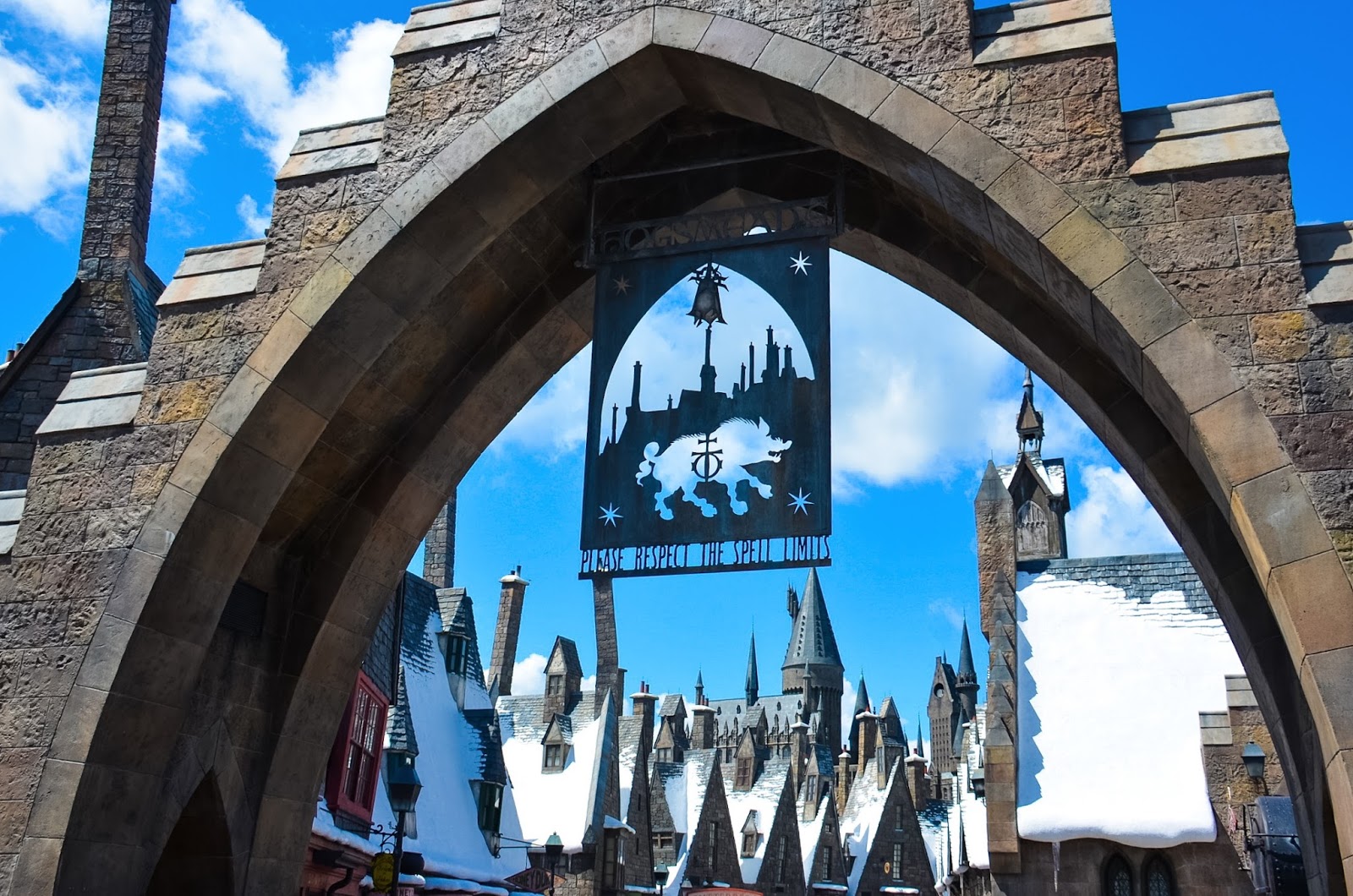 Top 10 experiences at the Wizarding World of Harry Potter

There are so many things to do at The Wizarding World of Harry Potter. You could easily spend your whole day wondering between Diagon Alley and Hogsmede and forget about the rest of Universal Studios! To make the most out of your short time in this wonderland you want to try these out: 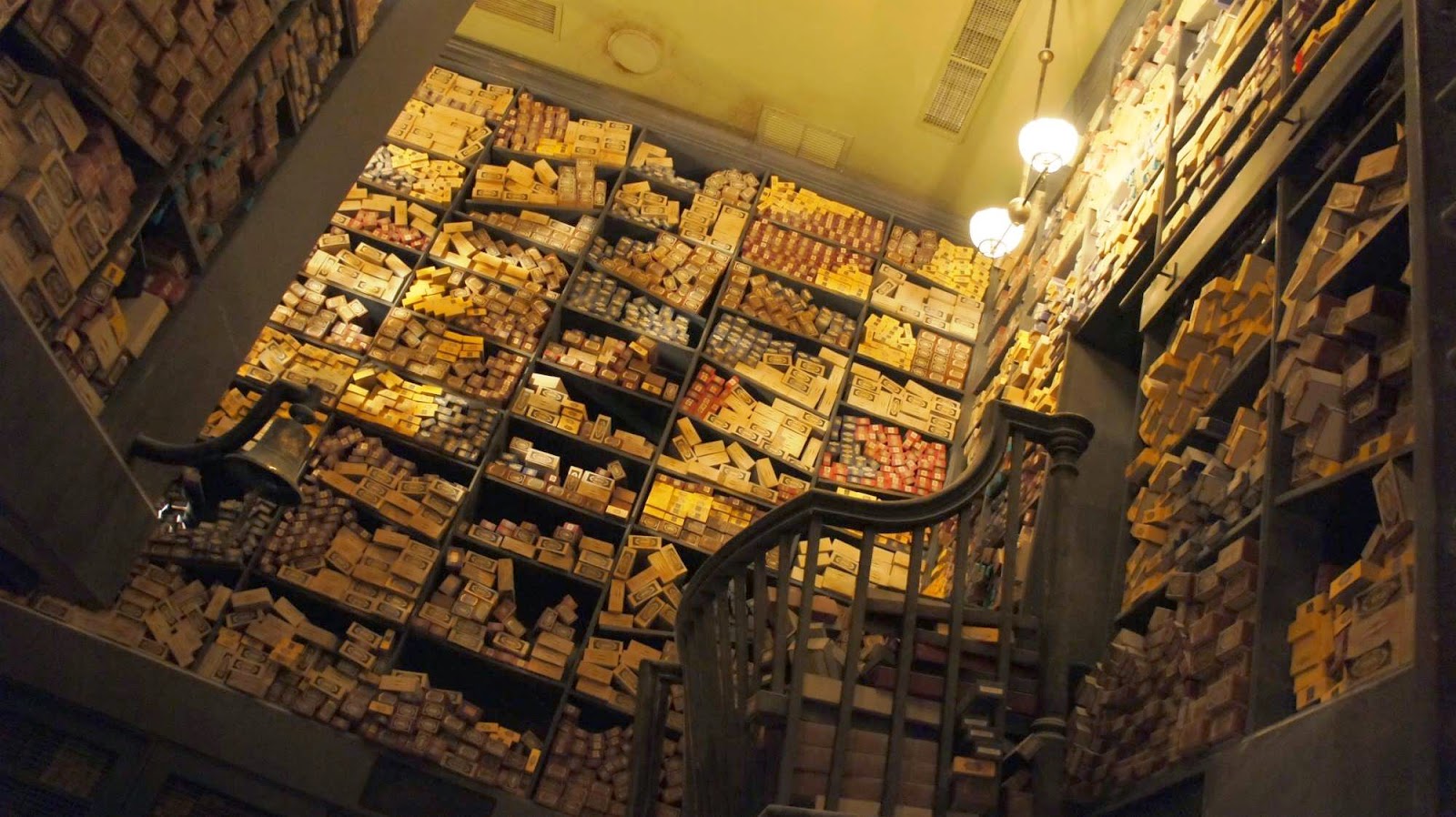 1. Let your wand choose you at Ollivanders

Ollivanders, the maker of Fine Wands since 382 B.C. Step into this small dusty shop and let your imagination take you away. Entering via a small doorway off the main entrance, we were taken into a back room to meet Ollivander and let the wands choose us.

It was fantastic, literally like you had just stepped into the movie. Inside the shop there are countless different wands to choose from. You can choose to have a wand like your favourite character, or pick a completely unique one.

Grab your Universal Studios Tickets here to skip the lines! 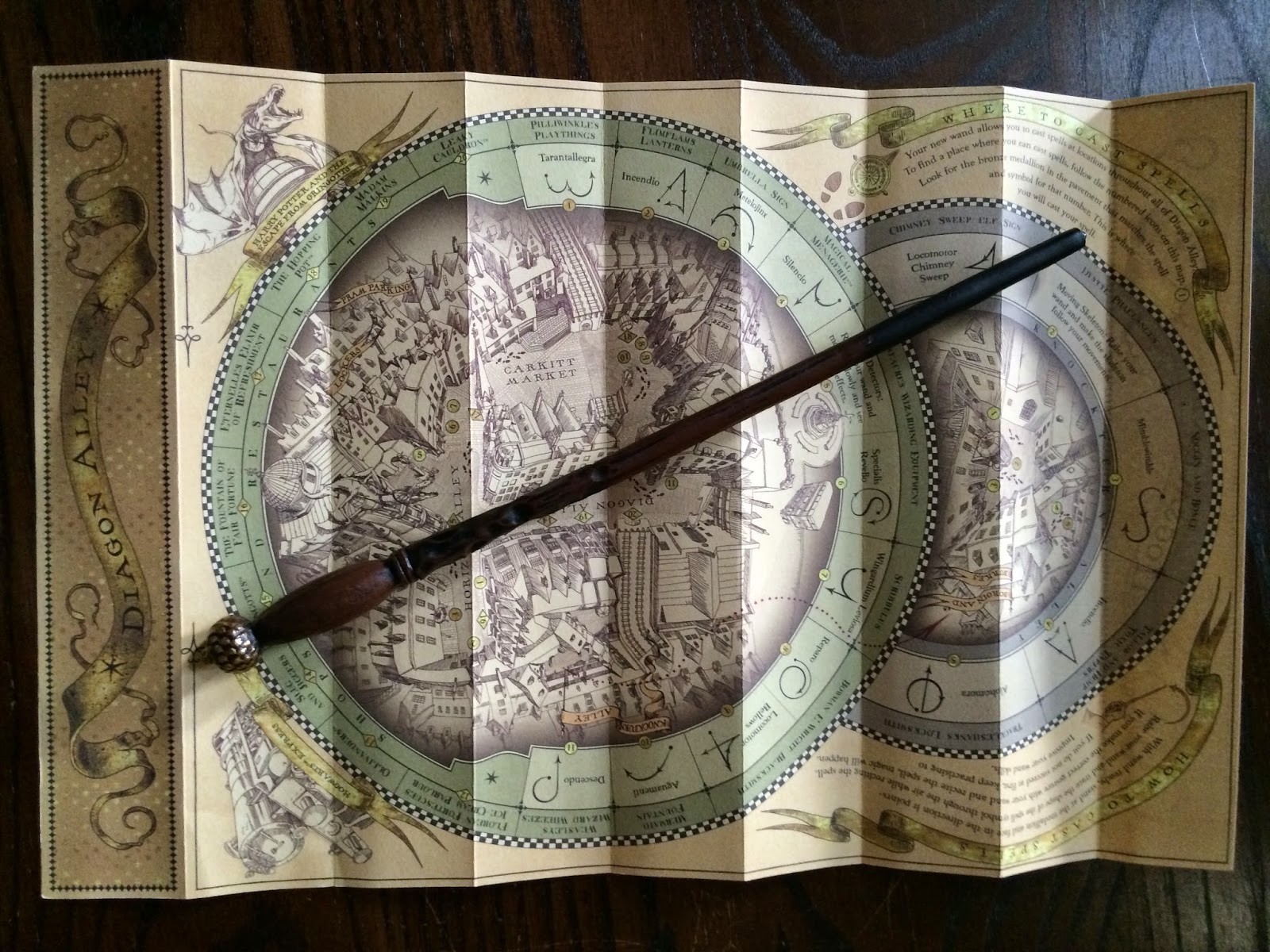 2. Cast a Spell and watch the magic happen

If you choose to buy an interactive wand you can cast real spells around the Wizarding World of Harry Potter. Yep, this is not a drill people, you can cast spells just like you’re a wizard. While they are a little more expensive then you’re average wand, the entertainment is endless around the two villages. 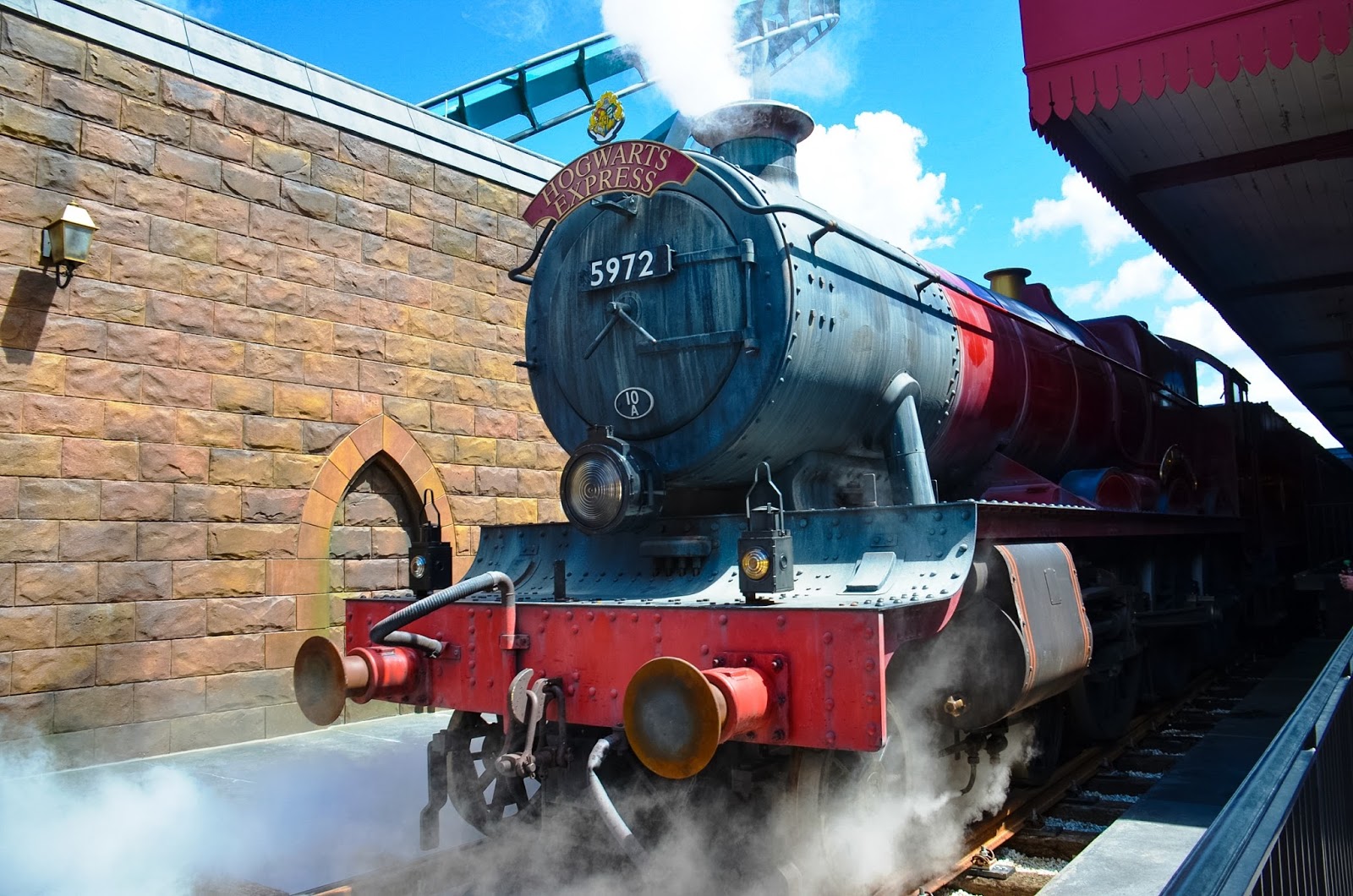 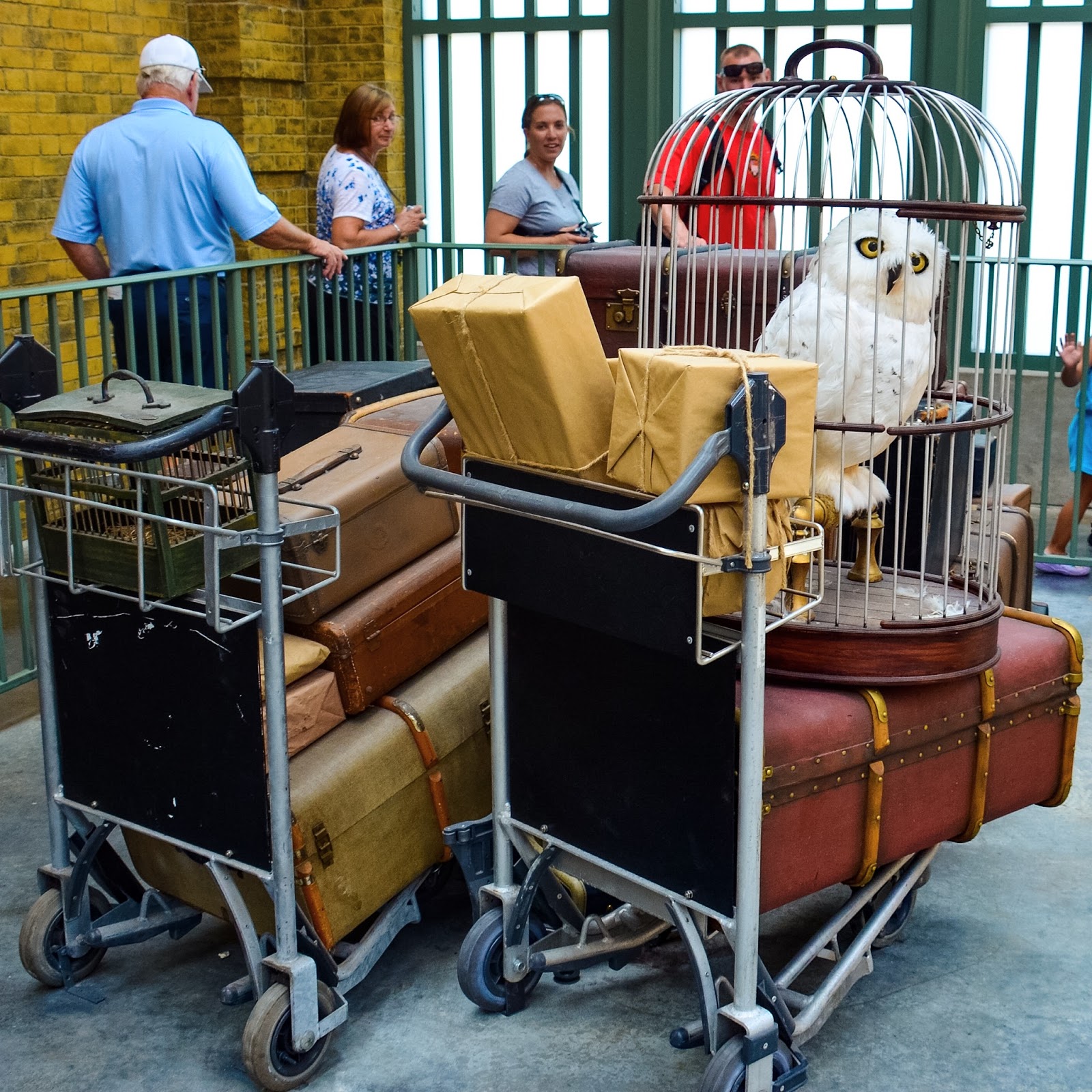 3. Ride the Hogwarts Express from Platform 9 3/4

By far the best way to travel between Diagon Alley and Hogsmede is to catch the Hogwarts Express. Hop on the train from Kings Cross Station, walk through the wall at Platform 9 3/4 (yep, they actually make this happen) and then jump on the train, just like Harry, Ron and Hermione would each school year.

Grab a seat with your friends in one of the cabins and enjoy the view as you rush past the English countryside on your way to Hogsmeade and Hogwarts. 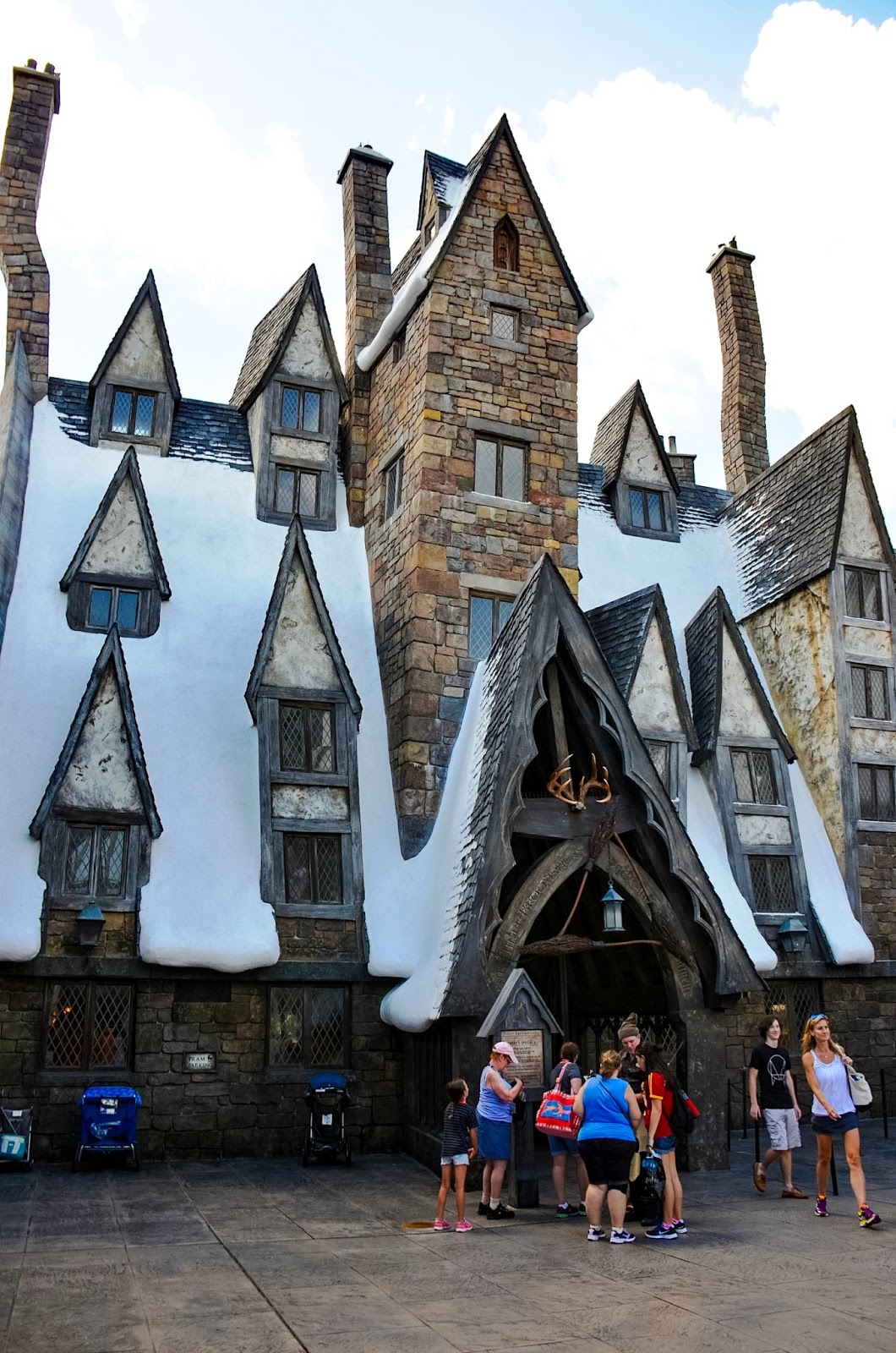 4. Have lunch at the Three Broomsticks

After a few hours of casting spells and buying your robes and textbooks you’re bound to get hungry. The Three Broomsticks located in Hogsmede, has a great selection of authentic English food to make you feel like you have stepped right out of USA and into the English countryside. 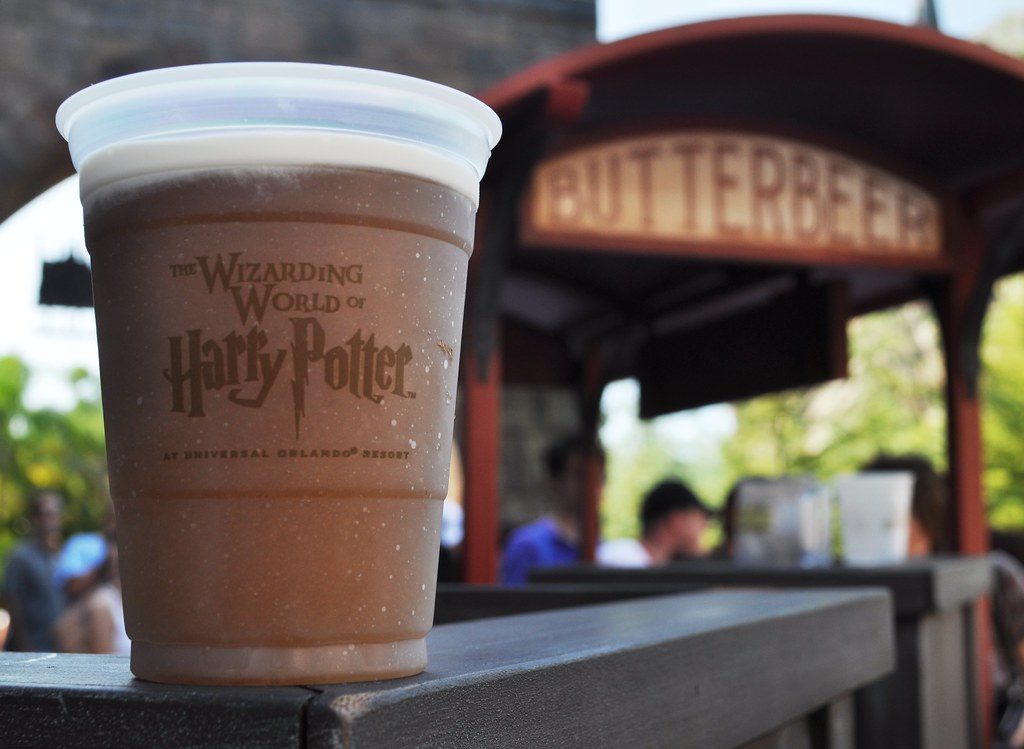 Arguably the most famous drink in the entire series, Butterbeer is a fizzy treat that you must try whilst escaping muggle life. Available everywhere throughout Diagon Alley and Hogsmeade including restaurants, stores and drink carts, Butterbeer comes in both regular and frozen options and is absolutely delicious. We can’t recommend the frozen version highly enough, it was amazing. Above image found here.

Pre-buy your Universal Studios Tickets here to skip the lines! 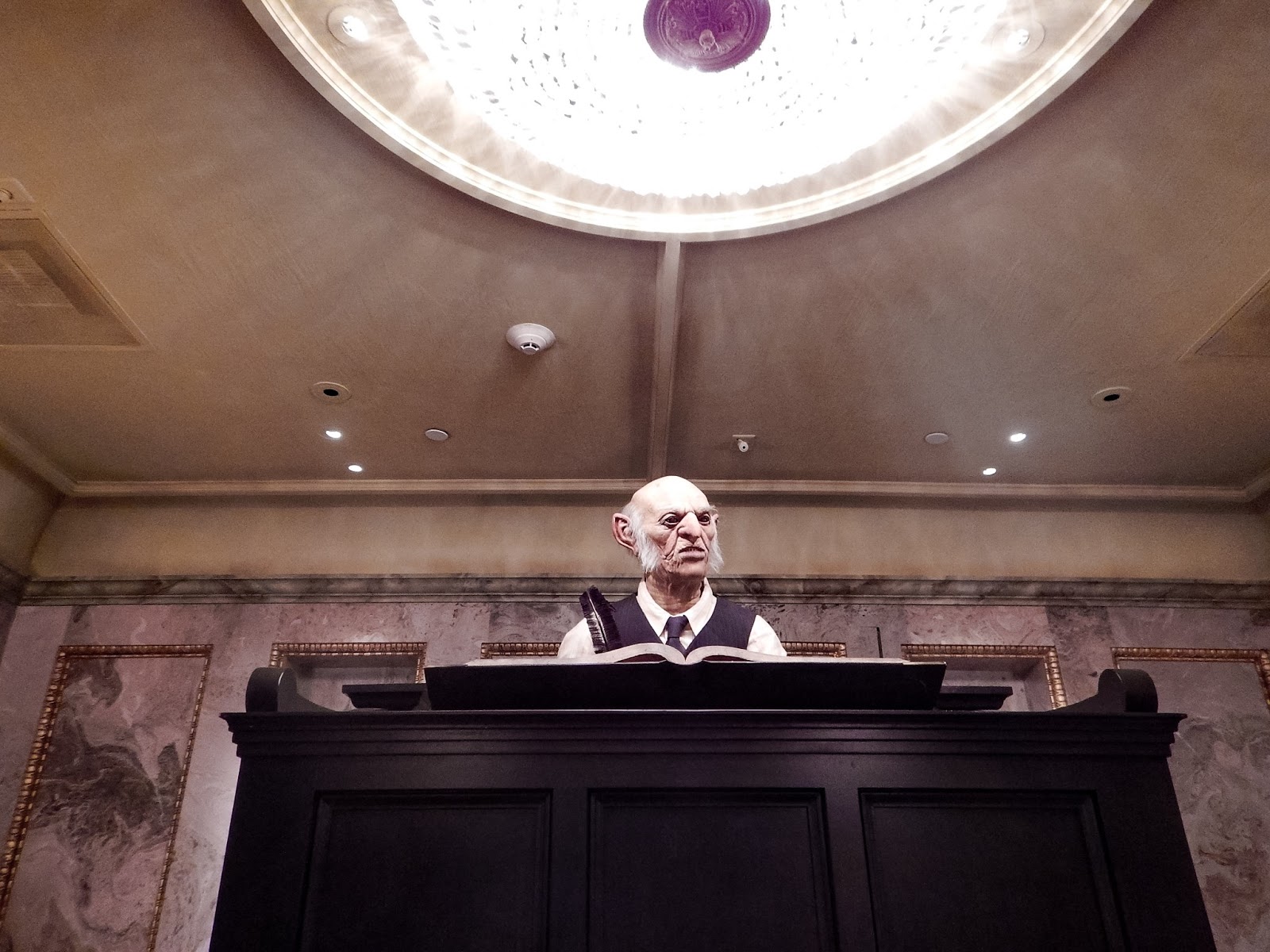 6. Swap your boring US$ for Gringotts Bank Notes at Gringotts Money Exchange

If there’s anything that can make you feel like you actually belong to the wizarding world it’s exchanging those boring muggle dollars for Gringotts bank notes. Only a few meters away from the iconic Gringotts Bank, the money exchange is run by a friendly very life-like goblin.

Gringotts bank notes are accepted everywhere within Diagon Alley and Hogsmede, as well as all throughout Universal Studios.

READ MORE:
Should You Apply For A Travel Credit Card? 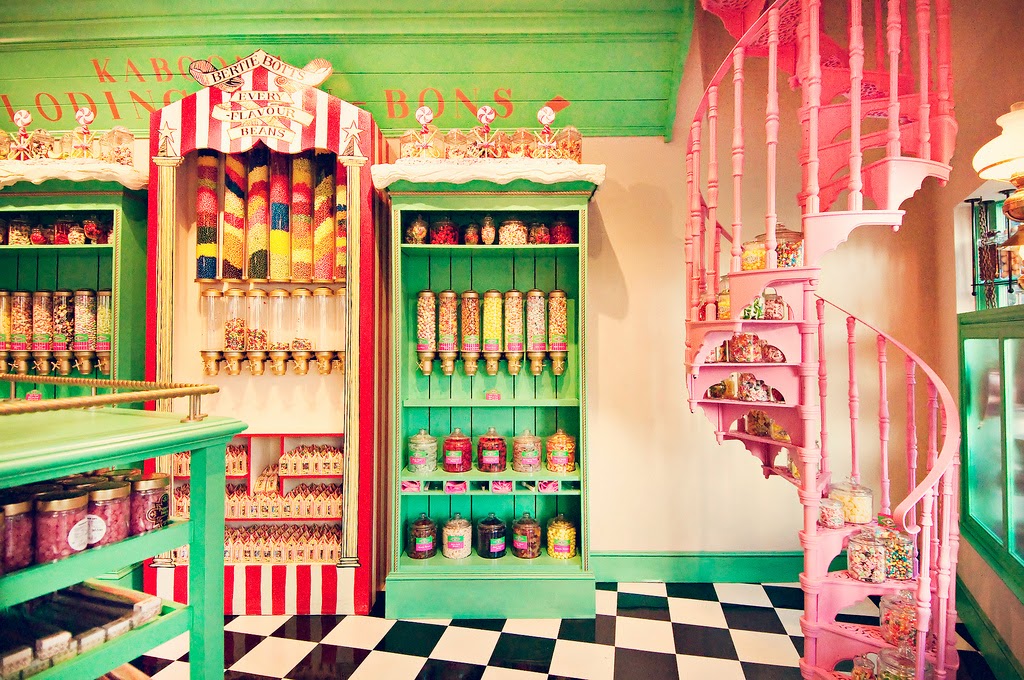 7. Buy a Chocolate Frog from Honeydukes

Chocolate Frogs are famous for not only being gigantic chocolatey treats, but also containing collectable cards with the wizarding worlds most famous and influential wizards and witches. The real life version lives up to the movie hype. These frogs are in fact gigantic.

As well as Chocolate Frogs you can get a whole range of sugary treats from Honeydukes including Acid Pops, Exploding Bonbons, Cauldron Cakes, Fizzing Whizzbees and Bertie Bott’s Every-Flavour Beans.

Grab your Universal Studios Tickets here to skip the lines! 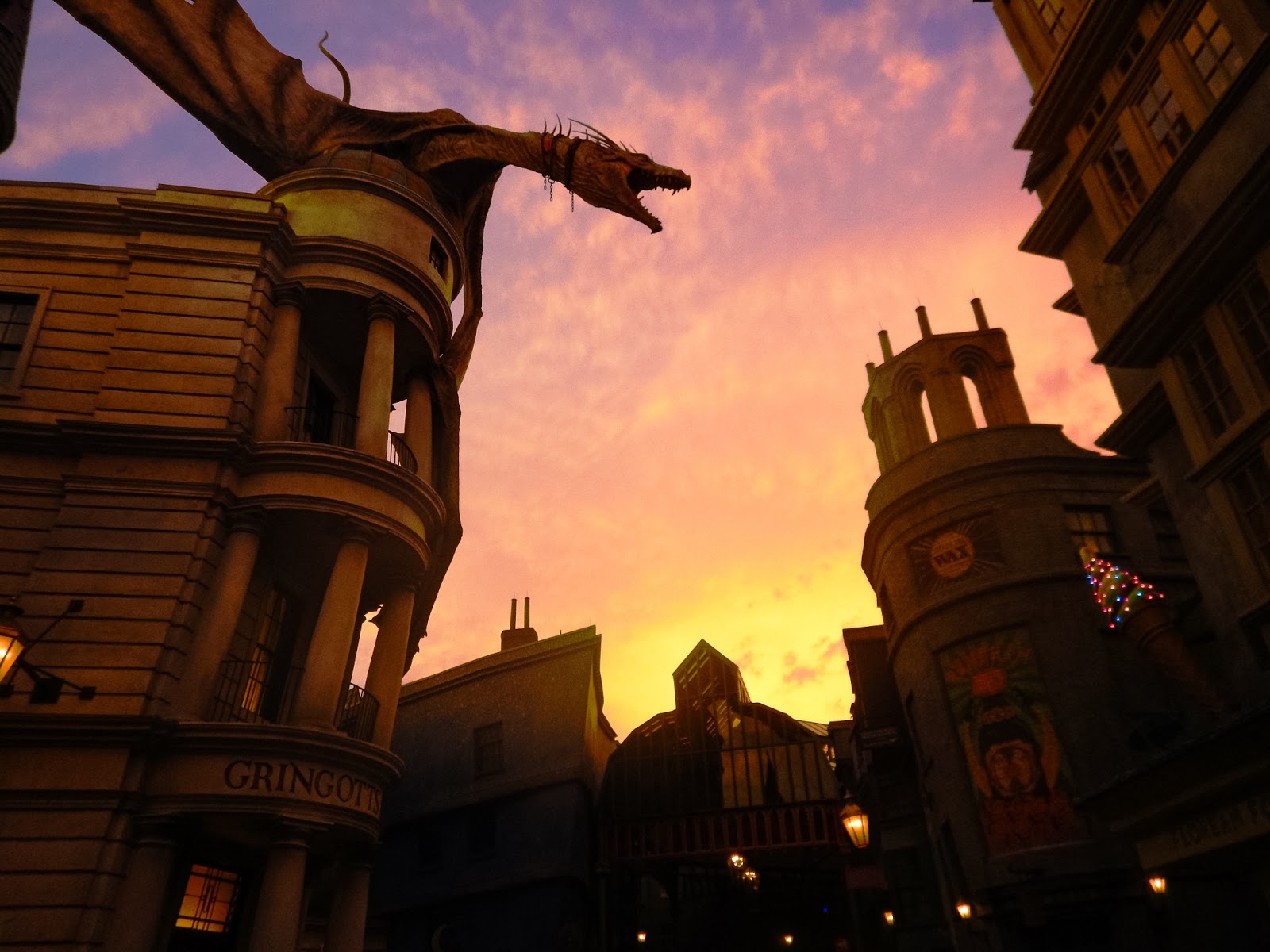 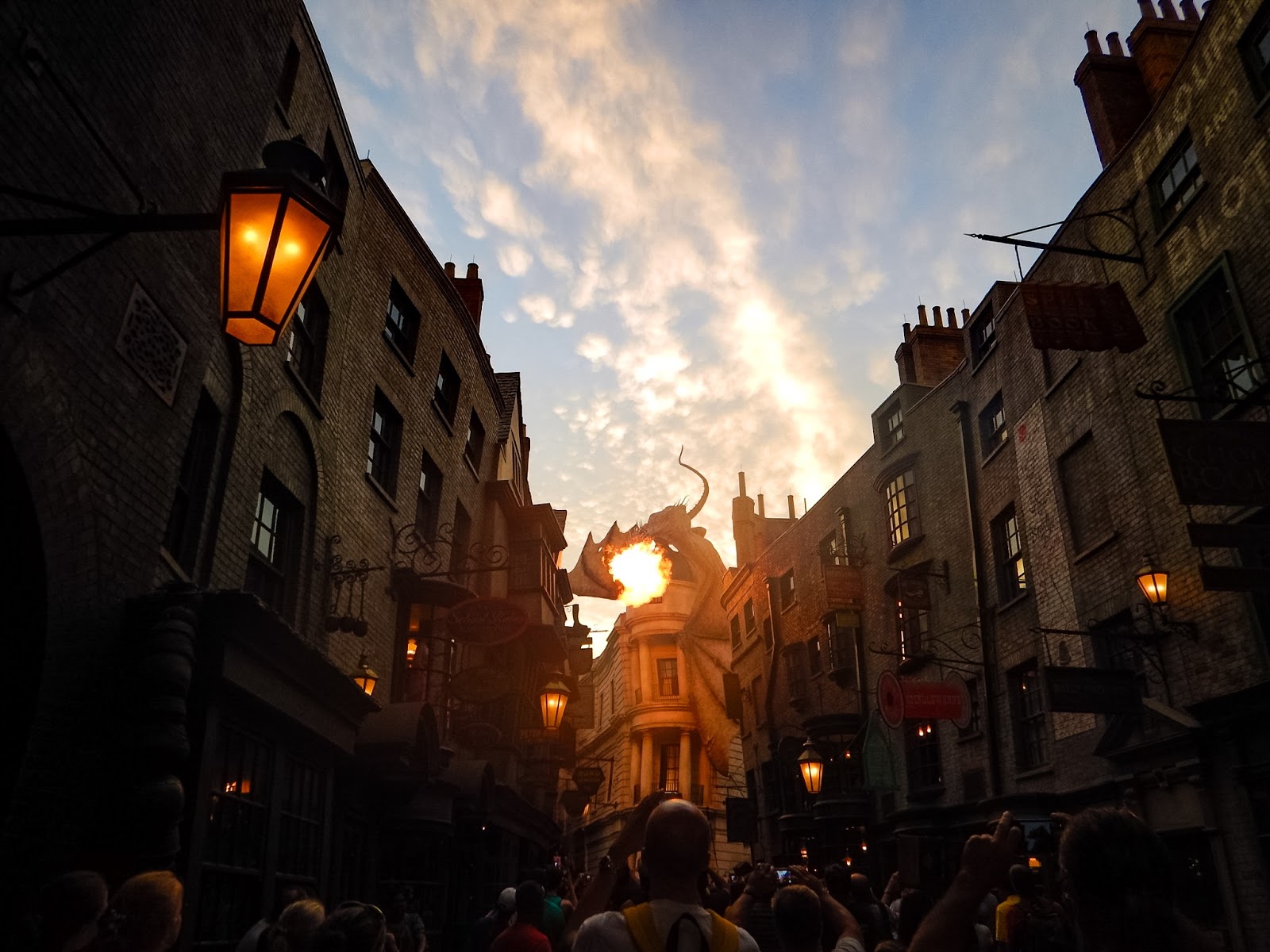 We made a beeline for the Wizarding World of Harry Potter as soon as we walked into Universal Studios. It’s what we had come for and we didn’t want to waste any time! There was hardly any line for the Hogwarts Express, the stores weren’t too crowded and there weren’t too many people around so we could happily wander around at our own pace.

That being said, I’m so glad we went back at night to experience Diagon Alley by night! The Gringotts dragon breathing fire against the sunset was spectacular. Walking around the streets at night was even more magical – the spells were more effective, the atmosphere was more excited and the whole feel was more authentic. Plus, there’s something about walking down Knockturn Alley in the dark and hoping not to run into the Malfoys. READ MORE:
Do You Need An International Drivers Licence? 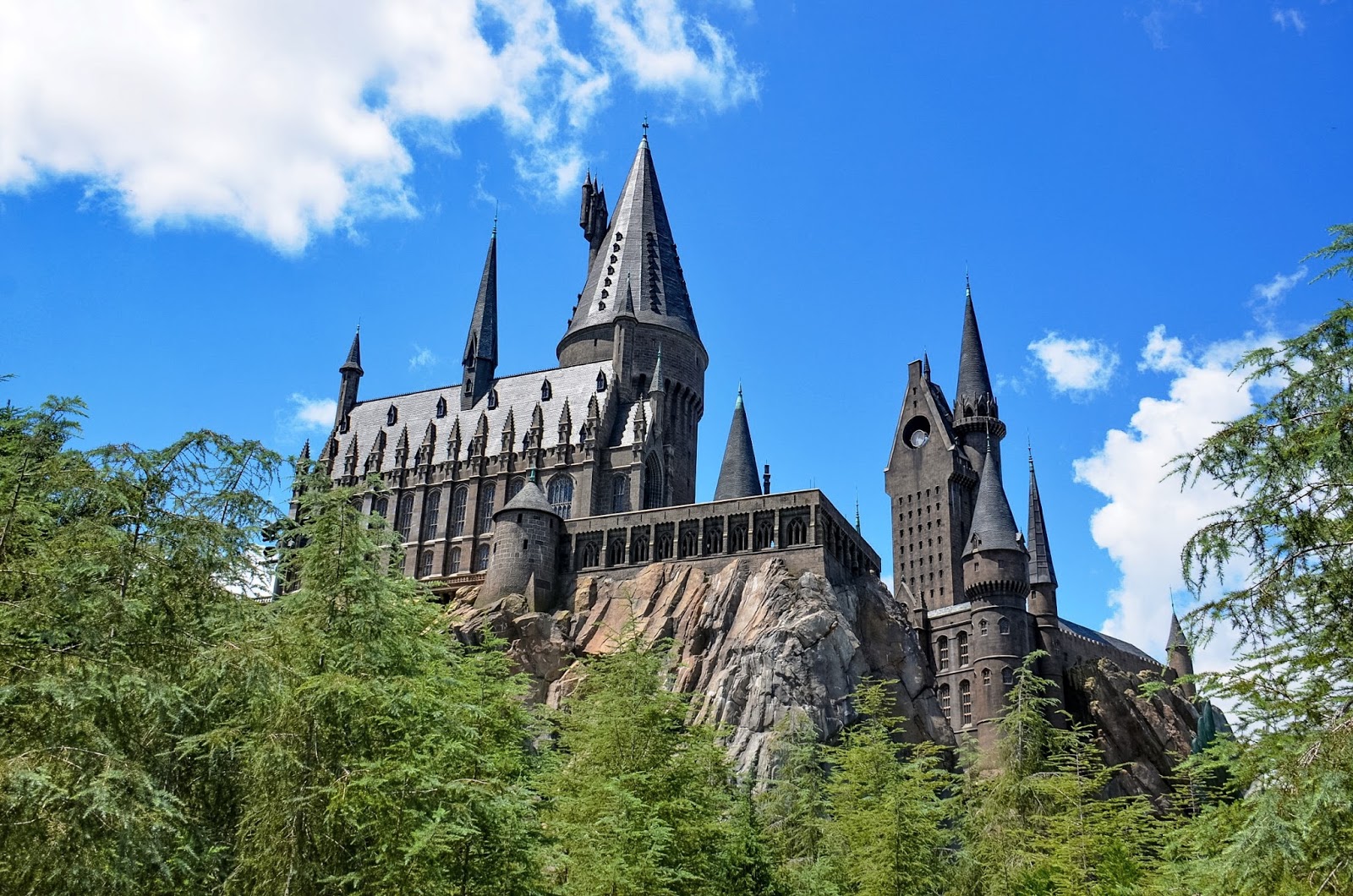 And last but definitely not least, visit the magical Hogwarts castle itself. Sitting on top of Hogsmeade Village, it really is a wonderful sight. Inside the castle you will find one of the main rides of the worlds, Harry Potter and the Forbidden Journey.

Some of the other favourite rides around the two wizarding worlds include – Harry Potter & the escape from Gringotts, Flight of the Hippogriff and the Dragon Challenge. 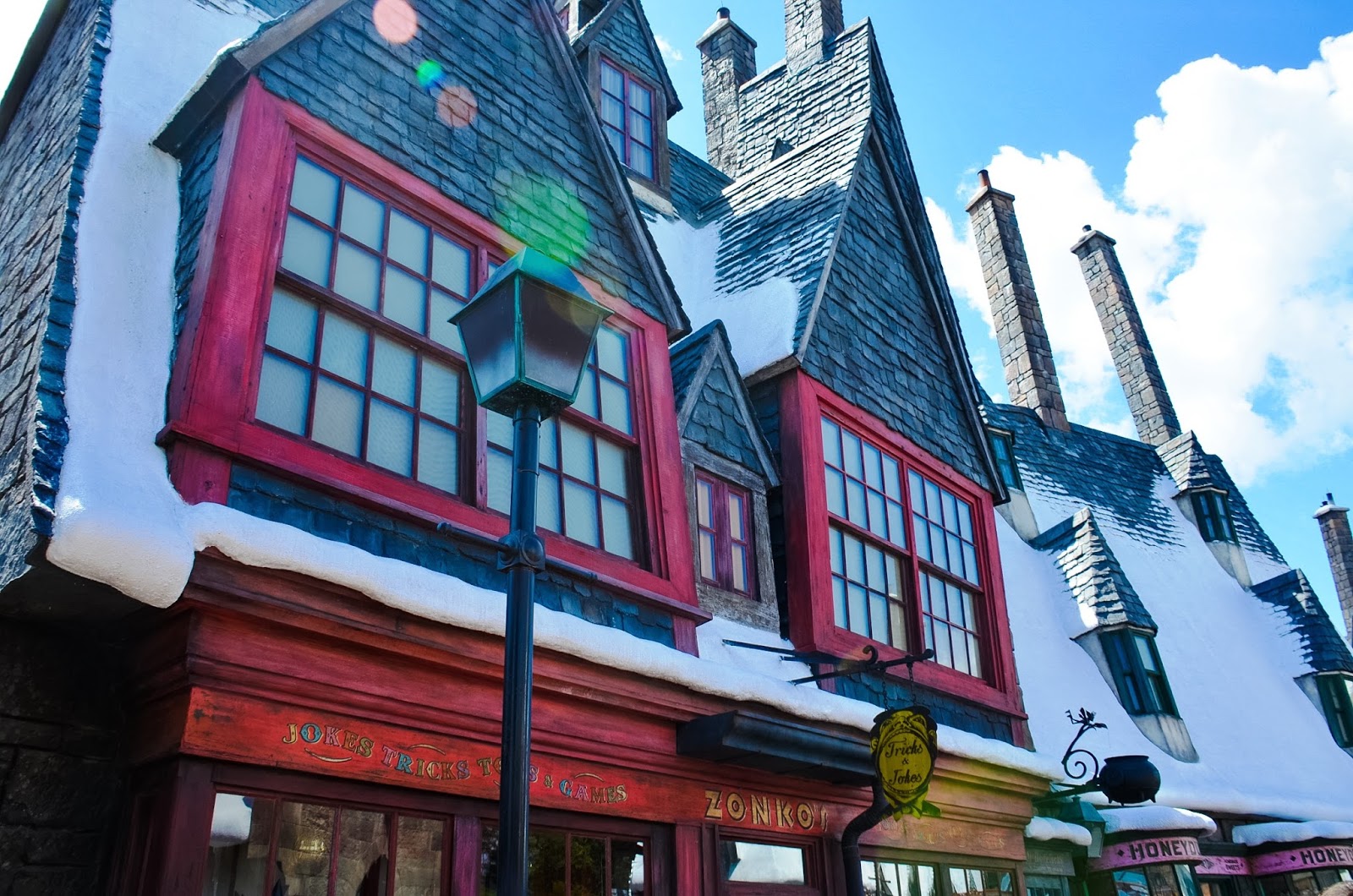 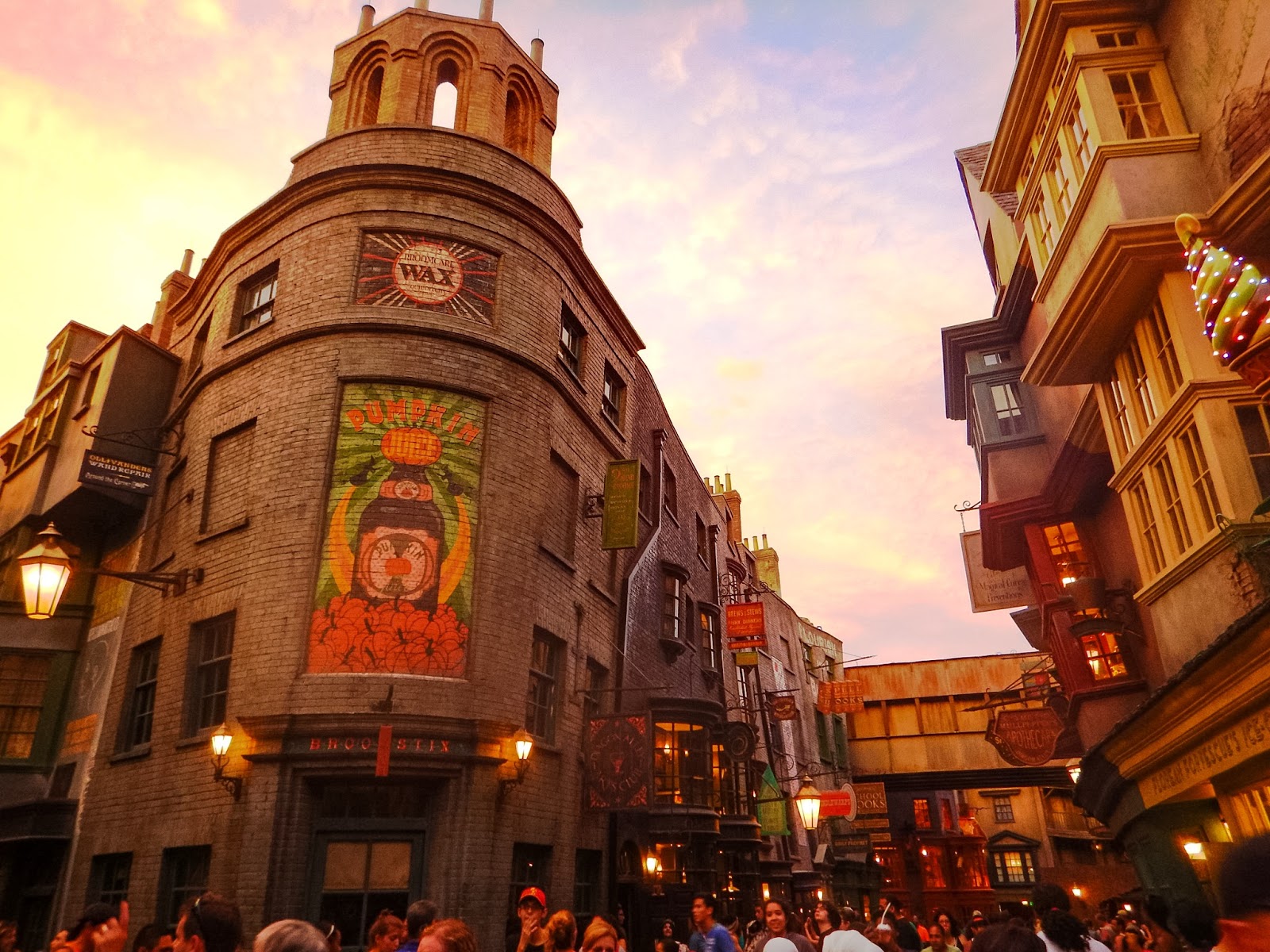 Universal Orlando Resort is actually a combination of two different parks – the main Universal Studios Park and Universal’s Island of Adventure. If you want to visit both Diagon Alley and Hogsmeade in the Wizarding World of Harry Potter, you will need to purchase a ticket to visit both parks.

Opening hours: Universal Orlando is open every day of the year. The main parks are open from 9am until 10pm each day, with Universal’s Volcano Bay open from 8:30am until 9pm. The Universal City Walk is  open until 2am each day.

Admission: A 2-park 1-day ticket to Universal Studios and Universal’s Island of Adventure is $170 USD per adult. If you only want to visit one of the parks you can purchase a 1-park ticket for $115 USD. 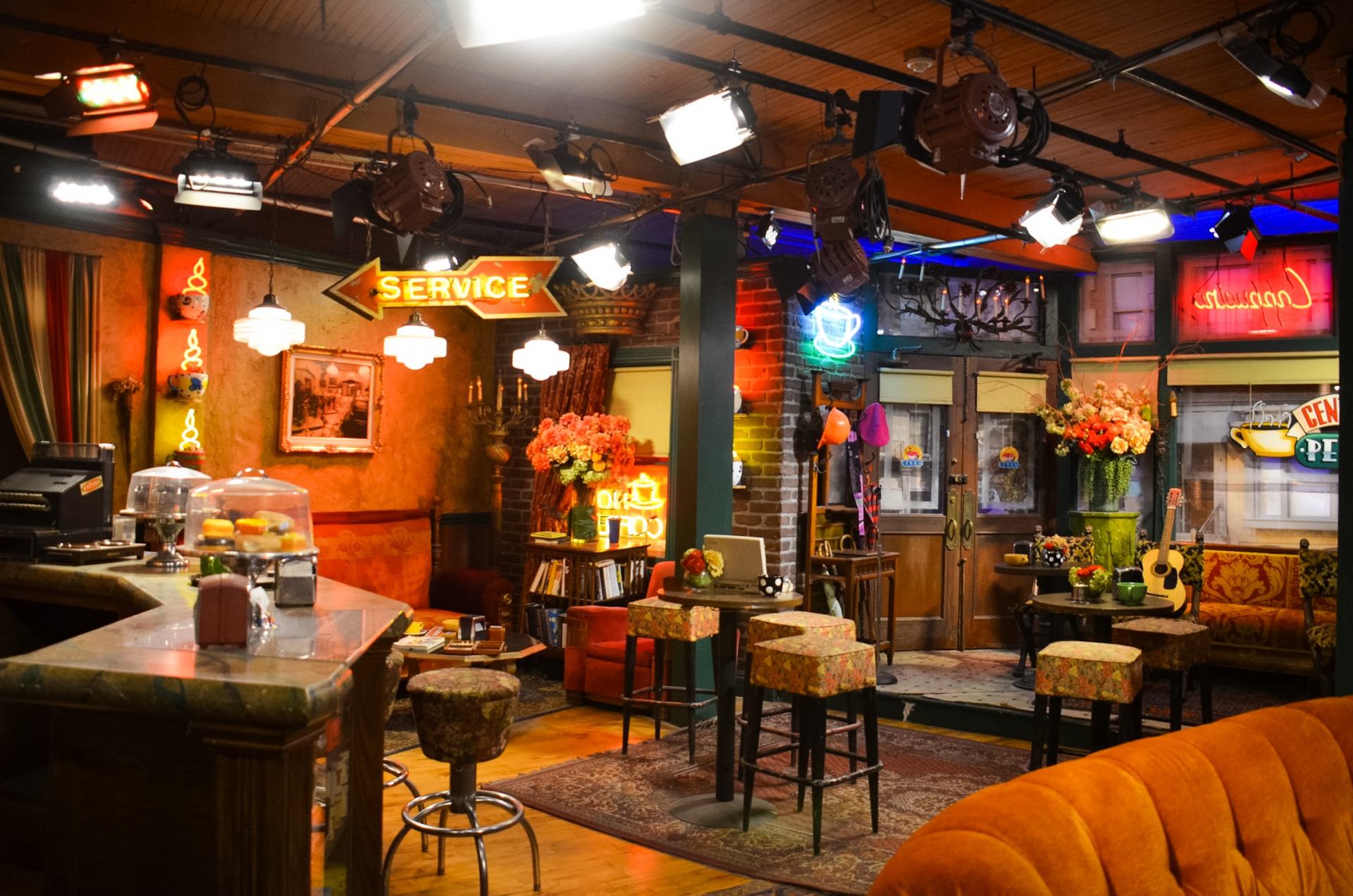 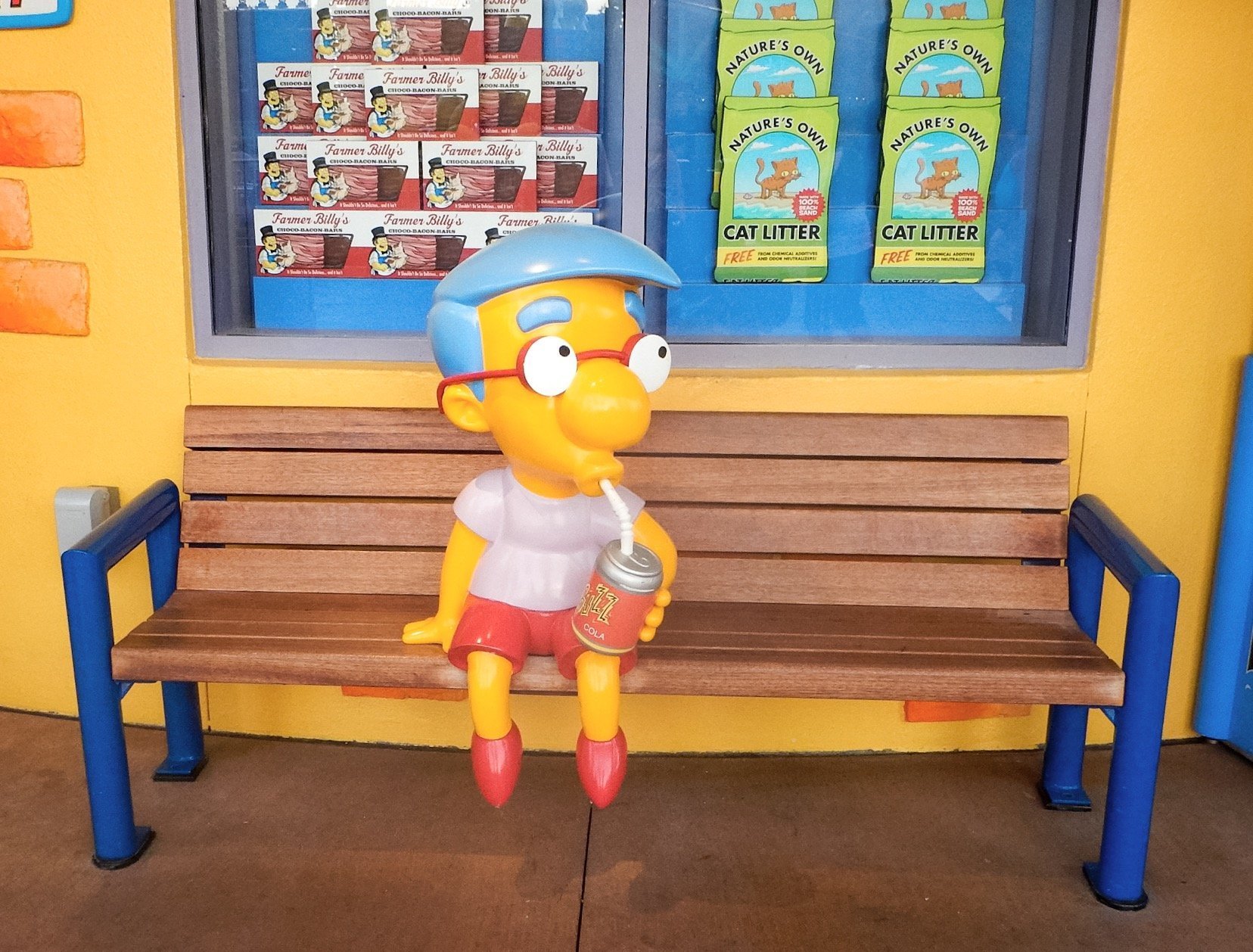 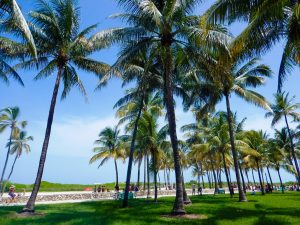 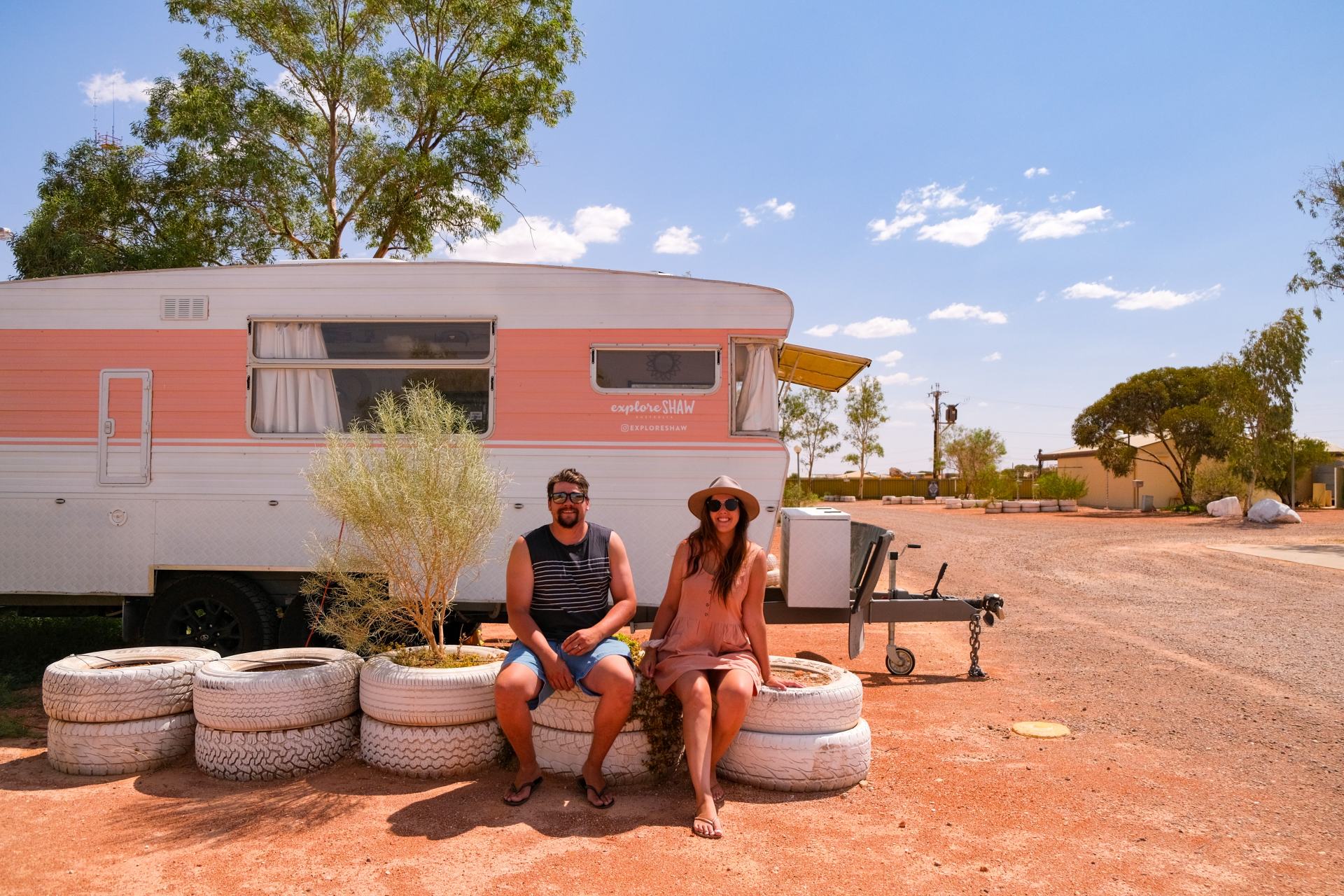